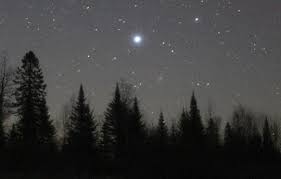 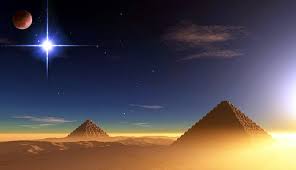 What is a Star? According to Wikipedia a Star is:

a luminous sphere of plasma held together by its own gravity. The nearest star to Earth is the Sun. Many other stars are visible to the naked eye from Earth during the night, appearing as a multitude of fixed luminous points in the sky due to their immense distance from Earth. Historically, the most prominent stars were grouped into constellations and asterisms, the brightest of which gained proper names. Astronomers have assembled star catalogues that identify the known stars and provide standardized stellar designations. However, most of the stars in the Universe, including all stars outside our galaxy, the Milky Way, are invisible to the naked eye from Earth. Indeed, most are invisible from Earth even through the most powerful telescopes.

What is a Planet? According to Wilkipedia a Planet is:

an astronomical object orbiting a star or stellar remnant that

Excuse my language, but they did a serious mind f*ck on the whole world when they destroyed the Great Library Of Alexandria. If you have not seen it, I highly recommend the movie Agora.

So I come across this article: Pope Francis Declares Lucifer As God. And the following quote:

“His flame dawning his own son.

May I say to you o’lucifer that knows no setting

Christ is your son who came back from the dead

and shed his light to the human race

and is alive and reigns for ever and ever” 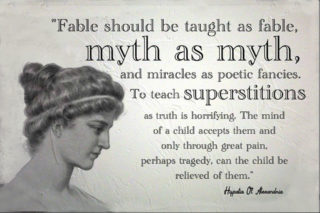 Ok, so what is Lucifer? It is a Latin word for the planet Venus. Venus is a PLANET. It is not a STAR. Though sometimes it is referred to as a star. In Isaiah 17, the Latin word Lucifer is used, but does not appear in the original texts as we find them in the Dead Sea Scrolls written in Aramaic.

This Latin word which also refers to Satan and the planet Venus was used in the King James version of the Bible during the Protestant Reformation and was an acronym for Rome. They saw Rome falling in the same manner as the King Of Babylon. It was a joke… ok?

Now I want to ask you, was Jesus the son of the planet Venus? Yes or no?

However if we go back to Egyptian mythology and religious belief, what do we find? Sirius is the morning Star and Sirius is a STAR not a Planet. Sirius was the Goddess Isis who gave birth to the son of the god Horus. In Revelation Jesus says, “I am the morning star.” Please see my article Egypt.Also see my article on Purim, Esther and the difference between Ishtar and Isis.

Keep in mind that Jacob/Israel blessed Ephraim, son of Joseph and Asinath an Egyptian Princess and Priestess as the firstborn. Jeremiah refers to Ephraim as the firstborn of God. Not Judah.

Joshua who established Israel is the grandson of Ephraim. The scepte passed from Judah when Shiloh came, the capital of Israel established by Joshua. Over, finished, done with. Caput.

Why not? Because he is the son of God, as he is so we can become. He tells you that.( But as many as received him, to them gave he power to become the sons of God, even to them that believe on his name) This is in line with Genesis 1, where we are all, male and female made in the image of God. ( Let us make man in our image, after our likeness:…So God created man in his own image, in the image of God created he him; male and female created he them)

Joseph was the father of Jesus. His mother was Mary, a version of Mizraim, Egypt, and the saviour comes from out of Egypt. Mary the mother of Jesus, is called the “morning star” in the Litany of Loreto.

So what is John referring to exactly in Revelation? In analogy? Poetic licence? A STAR or a PLANET? Is Jesus the son of Mary-the morning star, Sirius, a STAR? Or is he the son of Lucifer, Venus, a PLANET?

Man Hypatia, we need you down here. Unreal.

The whole Bible tells two stories. The story of Israel and the story of Judah, the Jews. It starts right in the beginning with two different creation stories and it goes right to the end where in the New Testament, Jesus- Joshua- Yeshua has been conflated with Judah the King of the Jews. But they are two separate entities. You cannot serve two masters. Trying to believe two diametrically opposed philosophies that contradict each other causes cognitive dissonance, insanity. And the western world today is certainly insane. You cannot believe in Democracy and at the same time be racist and sexist. That is insanity. You cannot believe that Jesus is the son of God and at the same time believe he is the son of Lucifer, the planet Venus. In effect Ishtar, Esther from Babylon.

Genesis 2, which I strongly suspect of being based on the Egyptian “god” Khnum on the island of Elephantine and adopted by the Jews from approximately 700 B.C., and then adopted from the 4th century into Christian catechism, has over centuries had ample opportunity to prove its value to humanity. However, rather than adding value it has subtracted from it, creating suffering and unnecessary strife between men and women and societies in general. (Unipolar and interbred)

Genesis 1 on the other hand, which has been very much neglected in favour of the above, is a beautiful, concise and more scientifically accurate portrayal of the universe and our place in it. It adds value to the world, adds beauty and describes the magnificence of creation rather than subtracting from it. It does by its very nature, imply peace and balance between men and women and societies in general. (Multipolar and adding to the diversity of the human gene pool)

If you want to drive somebody totally, utterly and completely insane, you tell them that a star is a planet and a planet is a star. Or in more intimate terms, I love you, and then you abuse them at the same time. But you keep saying I Love you. women are familiar with this game. Men not so much. Same goes for Genesis 1 and 2 and expecting you to take it on faith that they do not contradict each other.

Look at a recent example. The latest shooting in Orlando Florida. You are told to accept Muslims, because this is the American way, but then the FBI organizes a Muslim shooting, another false flag attack. And they even make it more complicated. Against gays in a bar. Man you gotta have a sick mind to think that one up.

But it is the same formula. Approach avoidance conflict put together into the same package. And you are expected to deal with this dichotomy. A star and a planet is the same thing. Gen 1 and Gen 2 is the same thing. Insane. It is an age old trick to keep you off balance and drive you bonkers. Truth and lies interwoven.

A Star is not a Planet. A Planet is not a Star.

Is Jesus the son of Lucifer? These people are so messed up.