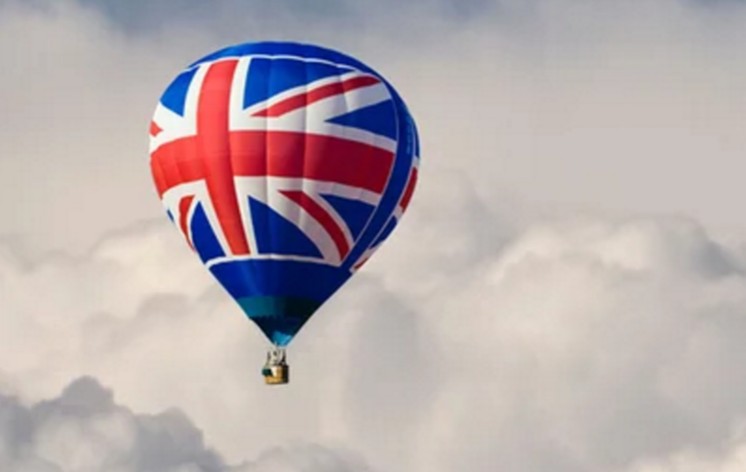 “It was unclear whether the attack was directly related to the referendum campaign, which has stirred deep passions as Britons argue over their place in Europe, the scale of immigration and the future of their country.”

Spokane’s daily newspaper is the Spokesman Review, owned by the Cowles dynasty, members of the infamous Council on Foreign Relations (CFR)…right below William Jefferson Clinton on the members list (could the word dynasty be a concatenation of the words “dynamic” and “nasty”) or is that simply coincidence?

Sure sounds like the AP’s current posture on the “Brexit Fixit Psyop” mumbles, “coincidence”. Probably had nothing to do with that horrible, despicable and malevolent…referendum. Reality implies that this could be one of the most profound coincidences in the history of government versus self-determination. Call it a Whopper, double cheese, with fries and five gallons of ketchup, to go.

And the AP (cornucopia of propaganda, bane to intelligence and honesty) seems coy over this stratospheric coincidence. In this morning’s Spokesman Review, the sneaky headline lurking on page 4:

Some other sparklers from the 4th-page presentation:

“Police would not speculate on the attacker’s motive….”

“Our working assumption…is that this is a lone incident,” said Dee Collins, acting chief constable of West Yorkshire Police.

Most Rothschild Khazarian Mafia (RKM) press, with their monopoly on CorpoMedia (mainstream corporate media) unctuously waxes respectful and protective of the people and their rights while never even mentioning the supposed right to:

Self Determination—Kryptonite to the RKM!

And they never even peep about what means most to them:

People (other than Banksters and higher) are only relevant in that they still have blood to tap, and they require diligence to be kept asleep.

So RKM Banksters deployed to London their Obama, to throw a wet blanket on this referendum guff.

“Together, the United States, the United Kingdom, and the European Union have turned centuries of war in Europe into decades of peace,” said Obama, “and worked as one to make this world a safer, better place.”

That was April 23rd, 2016. Leave it to a Banksters’ Nobel Peace Prize winner to call war, peace—and pretend that perpetual war makes the world a safer, better place. Kinda depends on what side of the killing you are on—consumer side, or, supply side.

And Obama said: “I realize that there’s been considerable speculation – and some controversy – about the timing of my visit. And I confess: I do want to wish Her Majesty a happy birthday in person.”

Yep, Queen’s birthday, the main thing…but….oh by the way:

“When it comes to creating jobs, trade, and economic growth in line with our values,” said Obama, “the UK has benefitted from its membership in the EU – inside a single market that provides enormous opportunities for the British people. And the Transatlantic Trade and Investment Partnership with the EU will advance our values and our interests, and establish the high-standard, pro-worker rules for trade and commerce in the 21st century economy.”

That’s a hefty smother of bullshit—and guess what? The people that gave us the Beatles reacted to all the bullshit by hurrying in the other direction!

Banksters realized this was a job for a diamond, not ebony. So they engaged their Super Sparkler, Jamie Dimon, CEO of JPMorgan Chase. And on 6/3/2016:

“A so-called Brexit vote would result in long-term uncertainty for the U.K. and EU economies, Dimon said in a joint address to the bank’s staff in Bournemouth with Chancellor of the Exchequer George Osborne on Friday. The bank has more than 16,000 employees across six locations in Britain, including back-office and support roles in Bournemouth, a British seaside resort 108 miles south of London.”

“My observation of the facts is that a vote to leave would be a terrible deal for the British economy,” Dimon said.

So after all the Banksters big guns opening up on the British People, American style, the vote for “Bremain” plummeted, overshot by renewed “Brexit” vigor.

One more thing from that measly 4th-page story:

“Both the Vote Leave and Britain Stronger in Europe suspended activity ahead of next week’s vote over whether Britain should remain a part of the 28-member bloc.”

Have the Banksters beheaded this horrible threat of self determination by Britons? Will their naked Brexit Fixit barbarity prove successful? If not, after pablum and threats from Obama, Jamie Dimon and waves of other Bankster foreigners, plus effusive threats by domestic leaders on high has hiked Bankster desperation to the point the Brexit Fixit coincidence…could there be any limits whatsoever to their Satanity?