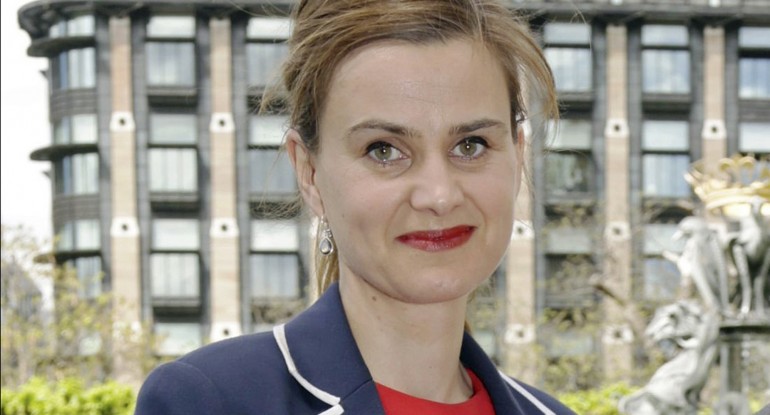 The question whether to remain in the EU or leave has been distorted beyond recognition by political pimps and spivs on both sides of the argument. They were not invited into our living rooms but set themselves up as our advisers all the same.

Every political party (except UKIP) has hitched its waggon to the EU. They can’t afford to lose. The public therefore cannot rely on their politicians for a balanced view. Here are some of the silly things they are telling us to justify their insistence we remain enslaved to Brussels.

A vote to leave is to put our freedom to travel freely and cheaply in Europe at risk. It’s just not worth it. Let’s not cut Britain off from the world. Vote to REMAIN on the 23rd of June.

Sovereignty shared is sovereignty gained.  Walking alone in the world would not mean freedom, it would mean powerlessness….

A British exit would considerably weaken the European Union’s ability to deal with the refugee crisis and ongoing terrorist threats to our continent.

A vote to Leave means taking back control for the most right-wing government since Margaret Thatcher.

As childcare continues to be arguably the most pressing economic policy question of our generation, the EU is the reason we have minimum maternity leave entitlements and legal protections for pregnant workers.

The risk to our National Health Service is a Tory Brexit and further austerity cuts to our public services.

Various celebrities have been enlisted. On TV we watched the spectacle of Bob Geldof on his posh yacht intercepting and insulting fishermen sailing up the Thames to protest EU fisheries policy which has ruined fishing in Britain’s own waters and put so many of them out of business. Geldof isn’t even a British citizen.

With just a week to go and the Brexit camp ahead in the polls the parties were gripped by panic, browbeating their supporters and the public like never before with bizarre threats of what might happen if the vote upset their precious schemes.

We had been dreading some nasty event to really put the frighteners on. And we got it: the horrific murder of Jo Cox, a new but already much admired MP with an impressive record outside politics. And she was outspokenly pro-EU. Three shots from what may have been a home-made handgun and multiple knife wounds cruelly snuffed out her life on a public street in her home town, in broad daylight. A Haaretz headline called it “a political assassination”.

According to first reports the perpetrator, with a history of mental illness, shouted “Britain first” or similar words as he stood over her. This of course put the Brexit campaign neatly in the frame and our trashy media rushed to broadcast without checking the truth. The claims were later withdrawn or erased as explained in this video discussion.

But the damage was done. The “Remain” camp had scored. The front page of the Daily Star of Scotland, for example, wanted readers to believe Jo was butchered by a Brexit gunman.

Some are suggesting she was a ‘psy-ops’ sacrifice. It sounds preposterous. And, anyway, why pick on her? Well, for those who believe in such possibilities she’d been deeply involved on the ground in the Syria crisis before entering Parliament and spoke with authority on Middle East affairs. She strongly opposed bombing Syria. And she passionately supported the Palestinians’ struggle for freedom and was critical of Israel. Last year in a debate on the UN Independent Commission of Inquiry on the 2014 Gaza conflict she drew attention to Israel’s “lamentable track record in holding wrong doers accountable” and called on the British Government to support the work of the International Criminal Court.

Had the ’eminence grise’ behind the Establishment marked her down as big trouble in the future?

Yesterday campaigning was paused by mutual consent out of respect for Jo. But Liberal Democrat leader Tim Farron couldn’t resist carrying on during the respectful silence. He emailed all and sundry: “Today I won’t be campaigning in the referendum…. Tomorrow I will begin again to make the positive case for Europe. I am fed up with the anger and the hatred. It’s gone on for too long. I am a passionate believer that being part of Europe is better for our country, yet this debate has been suffocated by ego and dirty politics.”

This referendum is for the people. It is not a question for political parties to determine. If the public need information it should come from independent sources not institutions funded by the British government or the EU, nor from self-serving banksters and bosses of multinationals, nor from MPs and party leaders with an agenda of their own.

In my view they should keep quiet and stay out of it until the public have reached their verdict. We are not here to do what MPs want. They are there to do what WE want. And they seem to have lost sight of that.

But who is surprised? We have meekly allowed the villains to turn democracy on its head. We not only want our country back, we want our democracy back!