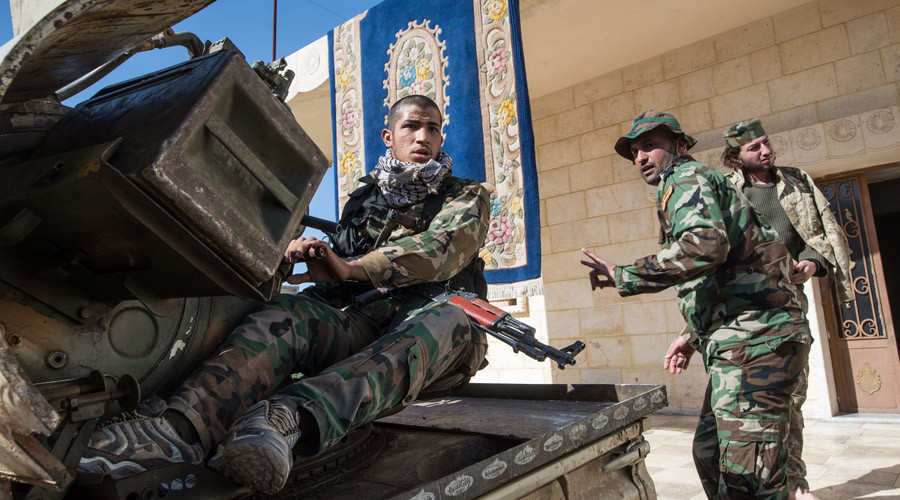 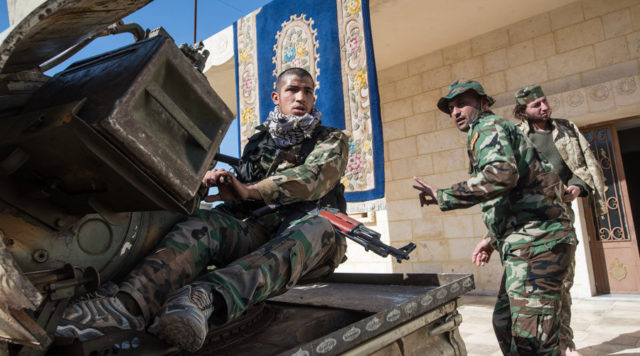 [ Editor’s Note: This Alice in Wonderland scenario of a Syrian ceasefire continues to roll on, where the US is seeking to undermine it to get Assad out of power before the next elections are held.

Despite being “partners” with Russia in coordinating the ceasefire violations and responses, the US has abused that relationship by refusing to map out for Russia where the opposition group positions are that it wants to not be bombed, yet demands the Russian Air Force not bomb them.

The reason of course is that those groups are working closely with the designated terror groups to continue fighting Assad, where the US-sponsored groups can offer the those groups protection from bombing by conducting joint operations together.

This also enables the US opposition groups to partake of Turkey’s supply chain of men, weapons and ammo crossing the northeastern Turkish border in what appears to be a steady flow to its proxy terrorist forces. Most of this is done under cover of make-believe humanitarian convoys which, if bombed, would produce the photos needed to “prove” that Russia was killing humanitarian workers, an old Cold War trick.

Corporate media is going along with this charade, as if it were on the US payroll. No medial professional organizations that we know of are protesting the virtual stand down on exposing this continuing fraud. The world public is being treated as mushrooms, to be kept in the dark as much as possible to make it easier to manipulate, and that same media has been a key ally in the process. This is a disgraceful situation for democratic journalism… Jim W. Dean ]

The Syrian Army has thwarted an offensive launched by Al-Nusra Front in Aleppo province, Russia’s Defense Ministry said. Meanwhile, US-backed rebels made gains against Islamic State in Manbij, where Kurds say they have “paralyzed” a terrorist enclave.

“In the northern part of the Aleppo province, near the Syrian-Turkish border, the units of the Syrian Armed Forces have stopped a large-scale offensive of military formations of Jabhat al-Nusra,” thereport from the Russian Center for Reconciliation of the Opposing Sides in Syria reads.

The army also fended off an attack by Jabhat al-Nusra in the southwestern part of the province, where militants were seeking to seize the Halasah area.

The center noted that Al-Nusra is continuing to shell various residential areas in Latakia, Hama, and Aleppo provinces, as well as the Sheikh Maqsood and Salah al-Din neighborhoods in the city of Aleppo and the town of al-Zagra northwest of the city. The village of Marj al-Sultan, located within 15 kilometers of Damascus, and the army’s positions in Damascus province near Haush Harabu also came under Al-Nusra shelling.

–
Jaysh al-Islam, an armed group which has been a party to the UN-sponsored Syrian peace talks as a member of the Saudi-endorsed High Negotiation Committee, shelled Syrian government positions in Damascus province with mortars, according to the statement.

Meanwhile, the US-backed Syrian Democratic Forces (SDF), an alliance of Kurdish and Arab fighters taking on Islamic State (IS, formerly ISIS/ISIL), are poised to recapture the town of Manbij, a strategic point on the supply route to Raqqa, IS’s unofficial capital.

The SDF has taken territory around the town since launching an offensive on May 31 supported by “scores” of US special forces on the ground, according to Reuters. The French Defense ministry confirmed earlier that it had deployed a small contingent of its own special forces in the area to provide “advisory” support to the rebels.

The militias are now just two kilometers from the city’s gates, a source in the SDF told Reuters on Saturday. Another source told the agency that the rebels have been battling IS fighters for the western entrance to the city.

Shervan Darwish, one of the commanders of the Manbij Military Council, a coalition of local groups affiliated with SDF that is fighting IS, claimed that the group had managed to block the jihadists’ crucial supply route connecting Islamic State positions in Syria with its stronghold in Raqqa.

“The time for ISIS transportation of terrorists to the outside world has come to an end. We have imposed a complete siege on the group’s major border pocket near Turkey. The group cannot cross that border anymore,” he said, as cited by AhlulBayt News Agency.

Darwish claimed that, thanks to SDF’s military efforts, IS “seems paralyzed,” and consequently can no longer send highly-trained militants from its camps in Syria to carry missions outside the country, which has been gripped by the military conflict since 2011.

“Besieging ISIS in its key territory means protecting the entire world from further transportation of trained terrorists,” he said, while admitting that Islamic State could still carry out attacks on the West using “sleeper cells.”