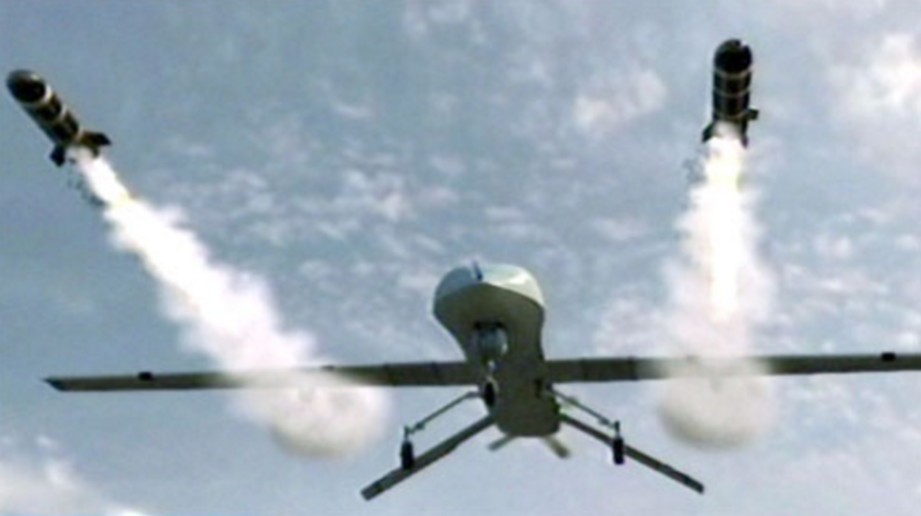 Pakistan is caught up in a paradoxical situation. The US as well as the unity government in Kabul have been pressing Pakistan to convince the Afghan Taliban to come to the negotiating table and help in restoring peace in war torn Afghanistan. At the same time they do not want Pakistan to maintain contacts with Taliban and are urging it to fight them. Last year, with great efforts Pakistan managed to arrange a meeting at Murree on July 7, 2015 which was attended by Taliban leaders including Mullah Akhtar Mansour. The next meeting was scheduled at the same place on July 31 and some breakthrough was expected. The roguish airing of the news of death of Mullah Omar by USA, Afghan government and India on July 30 scuttled the scheduled talks.

The trio was averse to Pakistan facilitated talks and wanted peace on its terms. Derailment of peace talks was aimed at dividing and weakening Taliban movement and then talking to the reconcilable from a position of strength. A peace deal of choice with reconcilable Taliban was to be arrived at and irreconcilable Taliban were to be sidelined and droned. Once this ill-conceived plan backfired, and barring a small faction under Mullah Mohammad Rasoul, the rest remained loyal to Mullah Mansour, Pakistan was once again deceptively cajoled to renew the peace process under the umbrella of Quadrilateral Coordination Group (QCG). At the same time, Pakistan was coerced to not only force the Taliban to talk but also to fight with the irreconcilable Taliban. Puzzlingly, the US has no objection to the contacts made with the Taliban by Afghan regime, India, Iran, Qatar or any other country but has different rules for Pakistan.

It became extremely difficult for Pakistan to once again bring the Taliban leadership to the negotiating table since the Taliban were achieving victories in the battlefield and field commanders were averse to peace talks. They had laid down certain pre-conditions which Kabul and Washington were not prepared to fulfill. Pakistan’s advice that fight and talk policy will not work fell on deaf ears. Ultimately, Pakistan’s efforts began to bear fruit. The Taliban became a bit flexible and showed signs of giving peace a chance despite the fact that Afghan government had adopted a hostile posture against them and was not even prepared to give due recognition to their political office at Doha. Taliban attack in Kabul in April 2016 killing over 60 persons and injuring a large number changed the mood of the ones sitting in Kabul.

Drone strike on May 21, 2016 killing Taliban Ameer Akhtar Mansour who was pro-peace has ruined the ongoing reconciliation process undertaken by QCG consisting of representatives from USA, China, Pakistan and Afghanistan. It has also nosedived Pak-US relations.

Prior to the drone strike, a change in the US behavior was discernible. It was pressuring Pakistan to cap its tactical nuclear capability which Pakistan had devised to offset the danger of India’s Pakistan specific Cold Start Doctrine, release American spy Dr. Shakil Afridi and send him to Washington, pick up arms against Haqqani Network (HN) and Quetta Shura allegedly based in Baluchistan, and force them to come to the negotiating table. It started to twist the arm of Pakistan when it didn’t get the desired response.

The eight F-16 jets release was blocked by the US Congress saying that Pakistan will have to make full payment of $ 699 million. Release of the scheduled $300 million Close Support Fund (CSF) was also stopped. After making the relations tense, the US then abruptly violated Pakistan’s sovereignty by droning Mullah Mansour which wrecked the prospects of reconciliation. To make matters worse, Washington stated that both the PM and the COAS were informed well in advance about the intended strike and their consent was obtained. This was sheer travesty of truth since the two were informed 7 hours after the incident and it was announced with confidence that Mullah Mansour had been killed. This lie was maliciously circulated to tarnish the image of Nawaz Sharif and Gen Raheel Sharif.

The drone strike in Baluchistan was a well calculated act to achieve certain objectives. These were as under:

The offensive act became all the more fishy when it was gathered that the vehicle carrying Mullah Mansour was not as badly splintered and charred as it should have been and the driver Azam had received only 30% burns and hence could be easily identified. Most intriguingly, the passport and ID card of Mansour were found intact a few yards away from the site of occurrence and so was number plate of the vehicle. There were reasons to suspect that the 7 hours’ time delay in reporting the matter was to allow time to someone else to place the identity documents and then cross back into Afghanistan. Possibility of bomb blast by Blackwater or BLA cannot be ruled out. And then who put the chip in the vehicle hired in Taftan? If Mansour had a Mashadi base camp in Zahidan since long and had frequented Iran 26 times besides his visits to Qatar and Dubai, why he could not be nabbed/killed elsewhere? Why no questions have been asked from Iran?

Drone strike against Mullah Mansour was the first in Baluchistan and it was authorized by Obama and recommended by RSM Commander Gen Nicholson. Obama’s assertion that suchlike strikes against non-state actors and irreconcilable in Pakistan will continue whenever actionable intelligence comes forth is a clear cut warning that the US will not hesitate to take the war into the Pakistani territory. He had hurled a similar warning in 2009 after issuing dangerous Af-Pak policy in 2009 and had accelerated drone war in FATA. This is exactly what India has all along desired and has been advising Bush and Obama to adopt a hard-hitting approach towards Pakistan to achieve long lasting results. This change implies victory of the hawks and spoilers who are anti-peace and desire chaos and war to keep their drugs, defence and mercantile industries running.

Pakistan government has termed the drone attack a clear violation of Pakistan’s sovereignty and expressed its serious concerns. The US Ambassador in Islamabad was invited by Gen Raheel in his office in GHQ and had a straight talk with him. China after 17 days finally broke its silence by giving a statement calling upon the ‘international community’ to respect Pakistan’s sovereignty and territorial integrity. It commended Pakistan’s contribution to the war against terrorism and stressed that the Afghan reconciliation process within the framework of the QCG should not be jeopardised. It was a rebuke to Washington over the drone killing of the Taliban chief.

The statement was timed with the visit of a delegation of senior US officials – Richard Olson, Peter Lavoy, and Gen. John Nicholson, Commander of the US forces in Afghanistan to Islamabad. The visiting delegation also heard strong denunciation of the drone strike in Baluchistan during their separate meetings with Gen Raheel and foreign Office advisers. They were also told of the decisive shift in the US policies towards India which has disturbed the military balance in the region. They were reminded of India’s track record, its aggressive designs and constantly rising defence budget and acquisition of the civilian nuclear deal, supply of latest state-of-art weaponry and technology from the US, Israel, and the west, and now its efforts to become member of NSG. They were also shown proofs of RAW’s involvement in Pakistan and arrest of Indian RAW officer Yadav and NDS officers and their confessional statements.

After a hard and arduous battle with the terrorists that were duly funded, armed and equipped by foreign agencies and achieving spectacular results, Pakistan was now seeing light at the end of the long tunnel. However, sudden change in tone and tenor of the US and its aggressive and discriminatory attitude against Pakistan are indicators that the war on terror has a long way to go and so is the case with the instability in Afghanistan. Since volatility in Afghanistan directly impacts Pakistan, as such it will not buy the changed policy of use of force against the Afghan Taliban as suggested by Washington and Kabul.

Likewise, China cannot but view with uneasiness the growing US-Indian-Afghan axis in regional politics now further reinforced with inclusion of Iran and working as a prototype of the US rebalance in Asia. Beijing understands that the shift in the US policy in Afghanistan – and towards Pakistan – and the strategic alliance with India is in reality aimed at encircling and preparing for war against China. This is evident from rising tension in South China Sea and the US haste to shift its strategic pivot from the West Asia to Asia-Pacific.

From the above it has become clear that Pakistan has never fitted into the security paradigm of the US. Whenever it befriended Pakistan it was only to achieve its short term objectives. While the US want Pakistan to treat Afghan Taliban as its enemy, it sees nothing wrong in its efforts to broker peace with them. In other words, the US will feel satisfied when all segments of Afghan society turn against Pakistan. The US want Pakistan to roll back its nuclear program, accept India as the policemen of the region and its hegemony and to forget about Kashmir. It wants Pakistan to help in strategic encirclement of China, roll back CPEC and concentrate on TAPI project. Since these demands run counter to Pakistan’s national interests and cannot be possibly accepted, the US seems to have lost patience and has reached a stage of once again abandoning Pakistan and putting it under sanctions as it had done in 1989. Pakistan’s policy makers should be mentally and physically prepared for such an eventuality and should make requisite changes in foreign policy to meet the future challenges squarely.