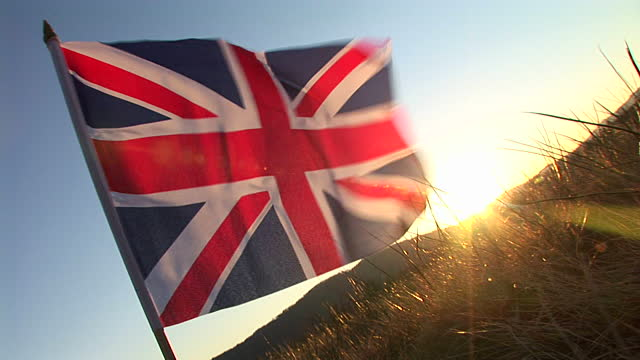 The sad, sorry Bremains of a people that held so much of the world in their hands, cowered by power, drained of spirit, scared senseless by naked psyop.

“The sun never sets on the British Empire” had a very long run…before their “Waterloo”, and subsequent, terminal, Rothschild Khazarian Mafia (RKM) infection.

How low will Britons be driven? The answer lies in the question: “How Satanic will the RKM go to protect their power?” The whole Brexit fiasco implies: All the way, whatever it takes—hide the women and children!

The apparent murder of MP Jo Cox several days before the, “vote”—diabolical act against a supporter of “Bremain”…that’s simply a teaser of whatever it takes. Wouldn’t it be prudent to wonder if this psyop actually happened? Consider the Orlando gay nightclub “…deadliest mass shooting in the United States and the nation’s worst terror attack since 9/11.” Are unofficial testimonials of paid crisis actors supposed to be the corpus delicti?

How about a hero? Most people are profoundly moved by genuine acts of heroism; they have become so rare. Heroism seems smothered by such as the miasma of “Black Fridays” at WalMart. Or so the RKM wants people to think?

Bill Kenny’s selfless bravery—trying to tackle the murderer of Jo Cox and getting stabbed somewhere with “…a 10″ knife.” Such is the kind of  heroism that hits people right in the guts. The “official” U.K. narrative, the, “good news”:

“The pensioner who tried to save MP Jo Cox has been released from hospital as calls grow for him to be officially honoured for his bravery.”

“Bernard Kenny, 77, was stabbed in the stomach as he came to the aid of Mrs Cox when she was attacked outside the library in the centre of Birstall on Thursday.”

“The former miner was discharged from hospital on Monday, West Yorkshire Police said.”

“In a statement his family said Mrs Cox’s death was a sad loss for the community, adding: “We would also like to thank people at the scene, the police, ambulance service and the staff at LGI who were excellent in dealing with the situation.

Many people have shown great kindness over the last few days; this has been much appreciated by the whole family, but now we hope you will respect the fact that we need time and privacy for Bernard to recover.”

“Mr Kenny is understood to have been part of the rescue teams which helped at the Lofthouse Colliery disaster in 1973.”

“Seven men died when part of the now-closed pit near Leeds flooded.”

“An online petition has been set up calling on the Government to award Mr Kenny the George Cross – the highest bravery honour that can be given to non-military personnel. On Monday morning, it had been signed by more than 3,000 people….”

Regarding the choicest cuts from U.K. ZioMedia:

“In any situation like that it comes down to an individual, how you’re going to react, and thank goodness he was there to react that way. The act of courage and the bravery it took for him to do that was just fantastic.”

“Kenny, who is due to turn 78 on Wednesday, shares his birthday with Cox, who was 36 years his junior. He was waiting outside Birstall library in his car after taking his wife there to return a book when he saw the MP being attacked and stepped in.”

“A separate GoFundMe page is also raising money for him.”

“What he did is to be highly commended. This is in the true traditions of mining – if anyone is in trouble you try to help them out, Hopper said.”

“Unfortunately his efforts weren’t successful in the outcome, but we admire his courage and bravery. We wish him all the best in his recovery from his injuries. It makes you really proud of our traditions when men of that age are pulling off deeds like that.”

“I’m going to vote in now and I think a lot of people will. Jo was all for staying in,” he said. “Jo and her office have done a lot of work for me. I’ve never spoken to her but felt I knew her. She was a sparkling personality.”

As the inimitable James W. Dean says: “You just can’t make this stuff up.”

Problem is…well, as Ian Greenhalgh wrote two days before the amazing juiced comeback of “Bremain”, in his Veterans Today article:

Ian, with his typical clarity:

“The hero who tried to save her had actually been dead for three years….”

So much Bankster power is at stake in the whole Brexit/Bremain circus, the paramount question seems to be: How low will the Power Status Quo (PSQ) go to protect their power?

Man dead for three years a hero—gets stabbed trying to help a Bremain PM from a Brexit maniac!

Back to how far the PSQ will go to protect their power…whatever it takes.

If that’s what it takes—the PSQ have their luxury underground bunkers. And even though people swallowing the whole Jo Cox Brexit/Bremain psyop actually financed the Elite Underground, they would likely never imagine….

A heroic miner dead for over three years coming to the aid of Jo Cox as she was being murdered by the poster boy for “Brexit”—and took a 10″ knife in the guts! How could any decent, caring person possibly vote against Jo Cox, her brave hero, and the albatross (EU) strangling a once-great people?

Tomorrow we might find out, if nothing else, how much more powerful the vote counters are than voters drenched in psyop.

If Britons show the world that the RKM and their Satanic chicanery has excised the spine from such a once-proud people…well, maybe it will be a glorious sunset (if not for all the “chemtrails” (Stratospheric Aerosol Geoengineering).