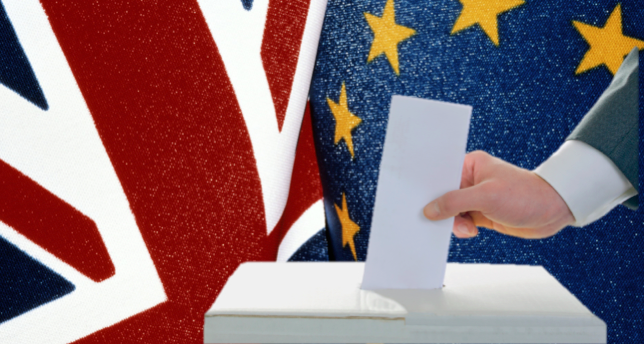 The Political is Personal

Whatever the British people decide about the EU the people who dwell on this island have been pushed to think patriotically and nationalistically. The decision each of us make to vote for ‘remain’ or for ‘leave’ will be based on the realisation that this political decision will have a significant personal impact.

Party Politics is A Severe Form Of Detachment

Both major parties failed to assess the huge appeal of the ‘call to leave.’ This blindness proves that the estrangement between the British political universe and the public is complete. This shouldn’t be much of a surprise. Many of the Britain’s political leaders are public school graduates. They are foreign to the experience of most of the British people.

Big Money And The ‘Left’ Are United

The right wing capitalist Tories and the so-called ‘Left’ (Labour) support the remain campaign. How is it possible that the ‘Right’ and the ‘Left’ or shall we say, money and labour, support the same campaign or seemingly the same goal? Simple, the dichotomy between Left and Right is a myth. Both parties are funded by the same lobbies and serve the same interests. Both parties are supported by big money. Both parties are committed to consumerism rather than production. Both parties are tied with Jewish lobby groups and are attached to a Zio-con global agenda.

There is a big education gap between the leave and the remain supporters. The polls suggest that people with university degrees are keener on staying in the EU than are those who left school at 15 or 16. This reading agrees with the findings of the 1990’s era book, The Bell Curve (Herrnstein & Murray). Our political decisions are based on cognitive ability rather than on wealth, class or party affiliation. Those who are less educated and dependent on demand for manual work and manufacturing are less likely to trust the EU because they see the EU as a threat to their jobs. Those who are educated are more likely to see opportunity within a vast market.

The End of Correctness

For the last four decades we have been bombarded with the message that nationalism is bad, immigration is good, multiculturalism is the future, political correctness is progress and patriotism is reactionary. Opponents of immigration were ‘bigots’ and those who expressed loyalty to the flag were marginal far right racists. While apparently many wanted to believe nationalism and patriotism were dying, it is now obvious that patriotism is alive; vibrant and kicking.  Once an outlet was set for people to express their patriotism, we quickly discovered that at least half of the Brits do not buy into the tyranny of correctness. Belonging and patriotism is engraved within the human condition: its suppression can only be temporary.

The EU Kept Its Promise

The EU was a Babylonian dream. It vowed to mix the people of Europe beyond recognition and to prevent Europeans from killing each other. The EU kept its promise, for decades Europeans haven’t been killing each other, they kill Arabs instead and on a massive scale. I wonder, if Brits decide to leave the EU, does it also mean that we will emancipate ourselves from the neo-imperial agenda that took our army into Iraq, Syria and Libya?