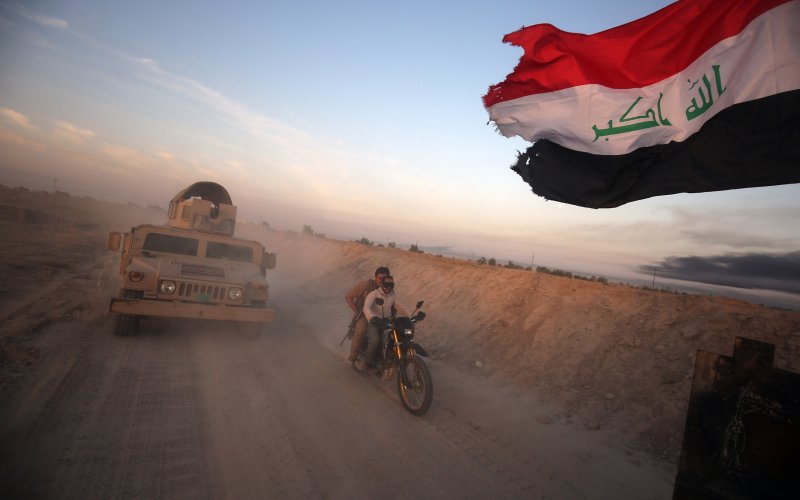 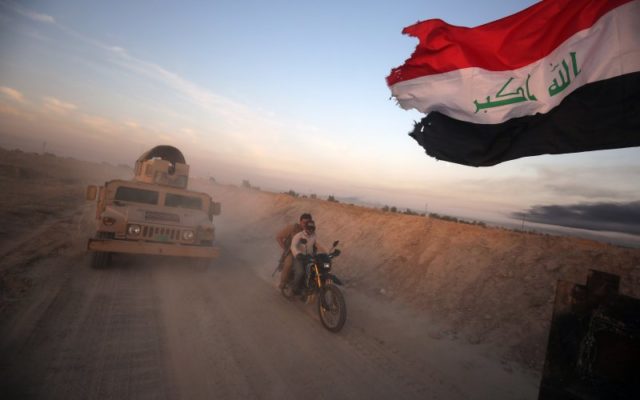 The Saudi-family owned Al-Arabiya broadcast a video about the quest of Soleimani, the army commander and Iraqi popular forces to kill Sunnis in Fallujah.

False claims and fabricated news by this and other Saudi-family owned TV channels have been more than ever showed its true colors to the world.

Saudi Arabia is seeking to fabricate lies about Soleimani , the army

commander accusing him of being the founder of “Shiite crescent ”  who wants to destroy Iraq Sunni-Shiite alliance against terror. This was after the great victories made by Soleimani and the failure of Saudi Arabia, the main supporter of ISIS , on all levels , political and in the battlefield.

Iraqi popular forces formed from all community factions, Sunni, Shia and Christians , indiscriminately equals like brothers in a family as clearly shown in the picture. 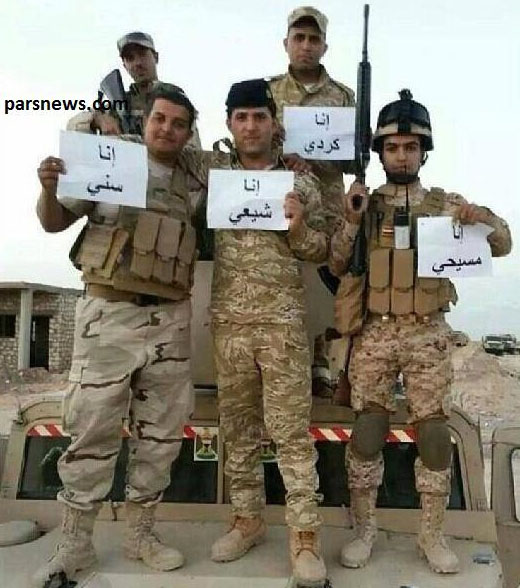 In this short video footage , which was posted by Al-Arabiya, showing an Iraqi Fighter trying to hand a pillow to the army commander, Soleimani, who refused the offer preferring sitting on ammunition boxes.

Analysts believe that the Iraqi popular forces is behind the Saudi-Israeli failure (main supporters of ISIS) in the Iraqi city of Fallujah.

Photo of the army Commander, Soleimani when he was instructing officers of the Popular Mobilization Forces: 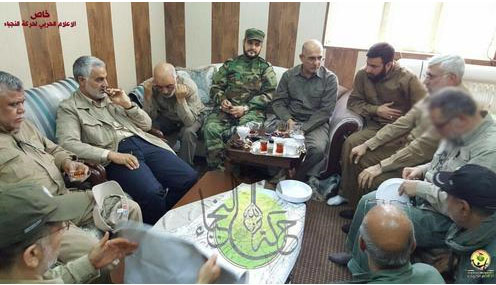 Popular mobilization forces fully supported by the Islamic Republic of Iran and the army commander, Soleimani . The Iranian commander has high capabilities and skills and who is heedless to any risk.  He thwarted plots of the bloody states, supporting terrorists in Fallujah.

Importing terrorists from Central Asia, Afghanistan, Pakistan and the Mediterranean Sea, south of the Arabian Peninsula and North Africa. Whenever international arrogance fail, it is this Iranian leader is to blame.