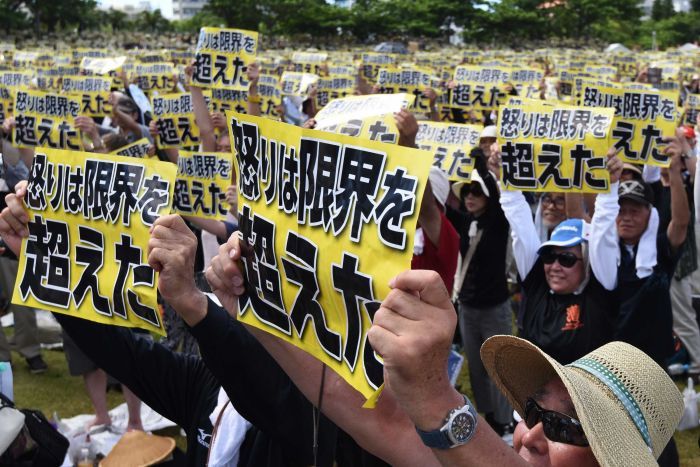 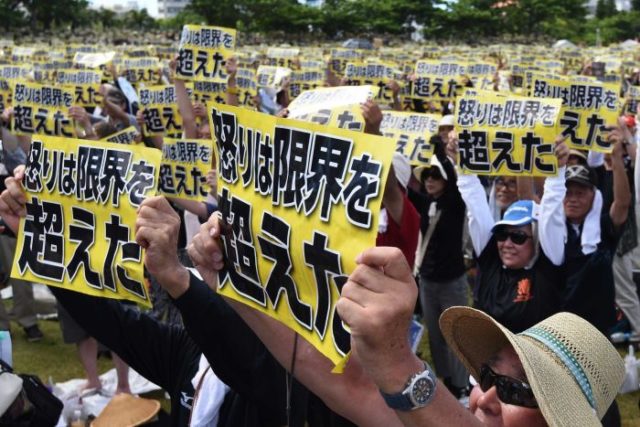 [ Note: We see two tarantulas locked in a struggle here with no end in site. The Japanese government has no interest in really closing the US bases on Okinawa and have veto power over the local protests.

The US conceded to moving the main base away from populated areas but the environmentalists there do not want the natural site chosen used. So the stand off remains.

Some concessions are needed to calm down the passions, but even a partial reduction in the size of the footprint would not stop the demands for the removal of the bases, so the US has seen no point in making further concessions.

Moving any to mainland Japan would certainly create new protest there, with more political heat on the Tokyo government, so it would prefer to firewall the political problem at this point on Okinawa.

One solution, theoretically could be to build all the various recreation facilities needed for base people, on the bases, to the intermixing would be limited. But I doubt the US would want to set that precedent, making an over seas deployment a virtual prison like setting with very restricted movement. Expect this dispute to go on and on… JD]

The US operates more than 1000 US bases and military installations in 63 countries in the world. Japan is one of the countries which is practically occupied by American troops.

Okinawa is the prefecture with the highest concentration of American troops and it is also the island that has seen time and again some troops abusing, raping and even killing some of the natives. Tens of thousands of Japanese have gathered to say that they want the Americans out of Okinawa and out of Japan.