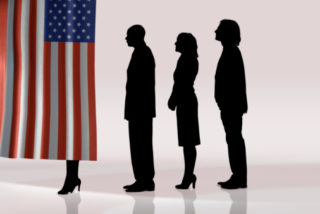 Here is my problem. I am convinced that Donald Trump should not be allowed anywhere near the White House, let alone as president. Many pragmatist friends have “advised” that that alone should determine my vote. There is just too much at stake in this election, they warn me, not to take the threat of a Trump Presidency seriously. So it’s imperative that I vote for Hillary Clinton, the only electable alternative. Unfortunately, I am convinced as well that Clinton represents the status quo and if elected cannot be trusted to address the important issues that concern me and progressives in general, e.g., waging peace, ending perpetual war, the destruction of the environment, economic inequality, racism, poverty, etc.

I think the perspective that it is either Trump or Clinton in November is a false disjunctive, a tactic of coercion, and must be rejected. Though certainly disappointed that Bernie Sanders has been denied the nomination, I am encouraged by the enthusiasm and hope that his campaign has inspired. Like Occupy Wall Street several years ago, Bernie Sanders’ movement has mobilized the voiceless and established the groundwork for “revolution.” And though the revolution has not proceeded as I had hoped, I am not disheartened. An opportunity is at hand; let’s not squander it! Consequently, I will not still the waters of revolution by sending a message to forward-thinking revolutionaries that their hopes and dreams for a fair and just America are irrational or impractical. Nor will I become complicit in maintaining the status quo, or worse. Rather, I choose to continue, even intensify, the struggle for positive change and will urge other voters, especially young voters, to do so as well.

Though sadly ignored in this nation, there are third party alternatives. I will seek them out, listen to their platforms. If a candidate more accurately addresses my concerns and reflects my point of view why would I vote the lesser evil when I can vote the greater good. I know many will object that such a “protest vote,” as they term it, for a third party candidate will be a wasted vote, or worse, a “de-facto” vote for Trump. But how will we ever effect change in this nation if we lack the courage to vote our conscience and our principles? Besides, it’s different this time, the movement is real, the “revolutionaries” are many and they are motivated and excited.

So if you’re voting against rather than voting for a candidate, you really don’t understand the process. Regardless of whether the instigator of this revolution, Bernie Sanders, decides to run as an independent, which seems doubtful, supports a truly progressive third party candidate (and a woman) such as the Green Party’s Jill Stein, or falls in line and endorses Hillary Clinton, which seems more likely, the struggle will continue, if we want it to.