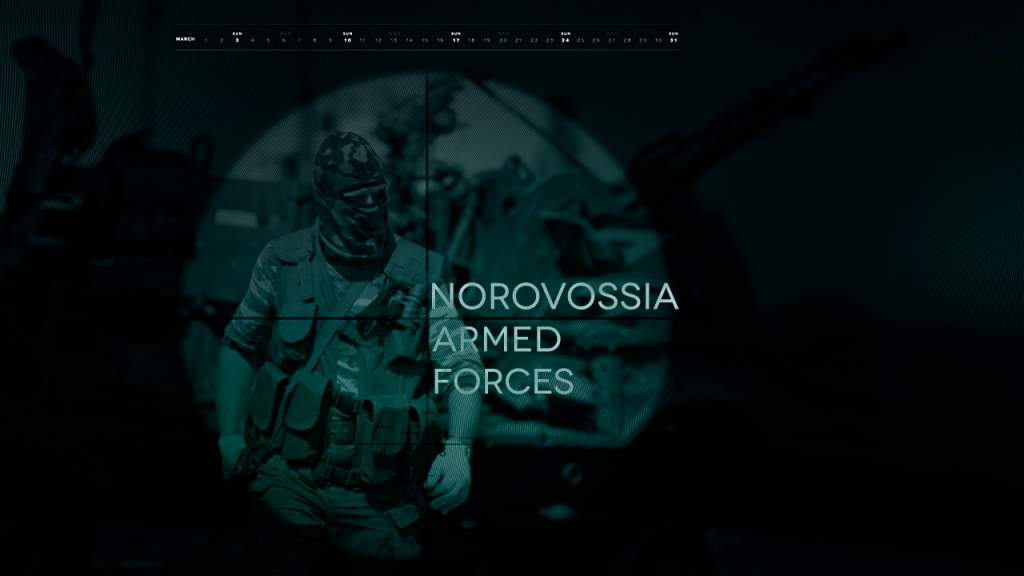 The armed forces of the break-away republics of Donetsk and Lugansk have grown significantly in professionalism, effectiveness and size since the civil war escalated with the start of the Kiev government’s Anti-Terrorist Operation in April, 2014. What started out as a ragtag group of militias that refused to recognize an illegitimate government, which was openly hostile to them, has grown into an effective, conventional fighting force. Although hard to verify, the army numbers between 40,000 and 45,000 active personnel, as well as a pool of volunteer reserves that may be as high as 40,000.

When the Euromaidan turned violent, with the active support of neo-Nazi groups, and western backing became glaringly evident, especially on the part of the U.S. State Department, the ethnically Russian majorities of eastern and southeastern Ukraine saw the writing on the wall, and began to take measures to protect themselves. After the coup that overthrew the Yanukovich government, and the solidification of power by western-aligned oligarchs and ultra-nationalist fascists in Kiev, the militias moved to acquire closer parity of force with the new government by taking over police and army arsenals in their territories. Kalashnikovs, RPGs, and grenades supplemented the various improvised weapons of the militias, as the Kiev junta’s ATO started on April 15th, 2014. It was obvious from the early, dramatic downing of Mi-24 attack helicopters with MANPADS by the militias, that they most likely had received some aid from Russia.

The militias soundly defeated the UAF’s two successive offensives, which the militias skillfully turned into encirclements and routs. The encirclement battles of Iliovansk in 2014, and Debaltsevo in 2015, provided the militias with a large number of captured vehicles, heavy weapons and munitions. It is estimated that the DPR captured and recovered approximately 471 pieces of heavy equipment from the Debaltsevo cauldron alone, including 58 tanks, 141 IFVs and APCs, and 180 trucks. In addition, 18 self-propelled artillery pieces, 28 towed guns, and 10 large caliber mortars were recovered. NAF equipment workshops have proven capable of rendering approximately two thirds of the equipment they acquire, serviceable once again. Copious amounts of ammunition for all calibers of small arms and heavy weapons were also abandoned by the UAF in their rush to escape encirclement.

After two years of fighting against a much larger and well equipped adversary, the various militias have been converted into a more disciplined and structured fighting force, based on Russian standards and organization. While the overwhelming majority of their vehicles and heavy equipment are of Ukrainian origin, having been requisitioned or captured, they obviously have received material support from Russia in the form of munitions, uniforms, communication and signals equipment, and reconnaissance UAVs. Russia has also provided military trainers, advisors, and intelligence support. This is evident from the high degree of tactical proficiency exhibited by the militia in attacking and defending against a numerically superior adversary, their ability to quickly adapt to changing circumstances on the battlefield, and the proper use of infantry, IFVs and MBTs together in a mutually supportive combat role. Whether this Russian support is official, or carried out by private Russian citizens, especially military veterans, is hard to determine. The Russian government denies any official military involvement in the conflict.

The Donetsk Peoples Militia is composed of a number of motorized and mechanized brigades, as well as specialist units such as special operations, reconnaissance units, artillery batteries and at least one armored brigade. The “Sparta” battalion and the 1st Independent Battalion Tactical Group “Somalia” are arguably the two most recognized and effective units within the DPR militia. These two units have been quite effective in reinforcing hotspots in the defensive line and infiltrating the front lines and exploiting breakthroughs offensively. The DPR Militia is supported by a number of independent units of international volunteers, predominantly Russian. The importance of Russian volunteers cannot be denied, especially experienced veterans of Russia’s conflicts in the Caucasus Republics. The added positive effect on morale that these volunteers provide, in letting the militias know that Russians have not abandoned them, is of great importance.

The Lugansk Peoples Militia is comprised of approximately two battalions of mixed composition; however they most closely resemble mechanized battalions. They also possess separate reconnaissance, special operations, and artillery units. They are supported by a number of independent units, including Cossacks, international and Russian volunteers, and the famous “Prizak” (“Ghost”) Mechanized Battalion. The Ghost Battalion was formerly lead by Aleksey Mozgovoy, before he was killed in an ambush on May 23rd, 2015, by unknown assassins. This unit has remained semi-autonomous from the LPR chain of command, due to the questions surrounding Mozgovoy’s murder.

The DPR and LPR militias are predominantly comprised of infantry units; however, they do possess enough heavy equipment to approximate the establishment of at least two Russian Independent Motorized Rifle Brigades. The tank elements are comprised predominantly of Ukrainian T-64BMs and T-64BVs and a small number of T-72s. Inconclusive photographic evidence of vehicle identification numbers points to the possible Russian origin of some T-64s in NAF service.

The militias lack any conventional air assets, yet have made extensive use of UAVs of numerous types, including those commercially sold, for the purposes of surveillance and reconnaissance. They have proven quite adept at using UAVs in the combat role of artillery spotting. The NAF also possess enough anti-aircraft missile systems to provide effective air-defense against both ground attack fixed-wing aircraft and helicopters, and to prohibit UAF employment of tactical airlift operations close to the territories of the DPR and LPR. The UAF have lost at least 21 aircraft to enemy action since the conflict began.

In a direct comparison to the militias, the Ukrainian Armed Forces consists of over 200,000 personnel, with approximately 70,000 stationed at the eastern conflict zone. The 2016 defense budget of Ukraine is approximately $4.4 billion USD, or 5% of national GDP. The UAF has far greater depth as of the summer of 2016, and thus can rotate units in and out of combat and establish a sizeable mobile reserve. Where the militias lack both of these advantages, they do; however, gain the advantage of shorter lines of supply, transport and communication, and a much higher degree of combat effectiveness, motivation and morale. Both forces utilize the same basic weaponry; however, the militias have proven far more proficient in the use of both armor and artillery.

The Militias are in a precarious situation, and their continued survival rests as much on their own resolve and ability as it does on the geo-political struggle of foreign powers. Perhaps the greatest variable exerting restraint on the UAF, and a renewed military offensive on Donbass is the threat of direct Russian intervention; however this may change dependent upon developments in other theaters of conflict. As the Syrian government forces continue their advances on both Aleppo and Raqqa, with the aid of renewed Russian airstrikes, the US may pressure the Poroshenko government to open a second front against Russia in Donbass. The Militias will once again be forced to comprise their role as a pawn on a chessboard that they do not control, all the while struggling to maintain their survival and independence in a deadly geopolitical game not of their choosing.