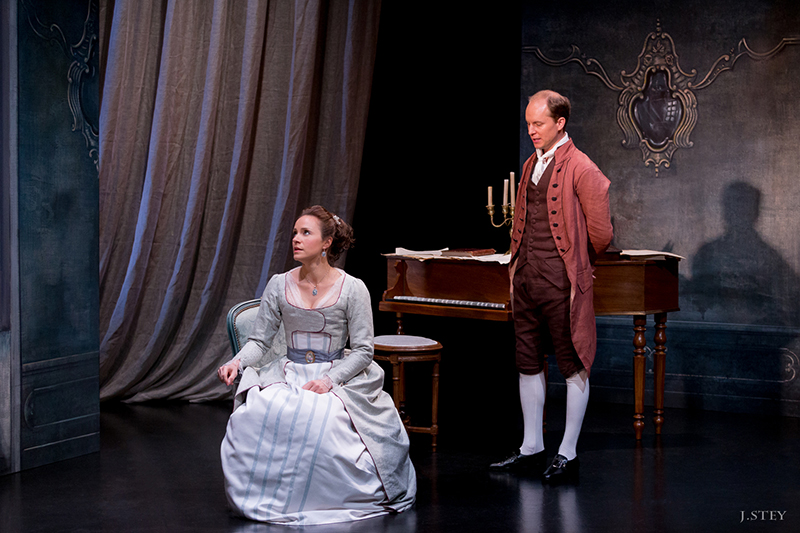 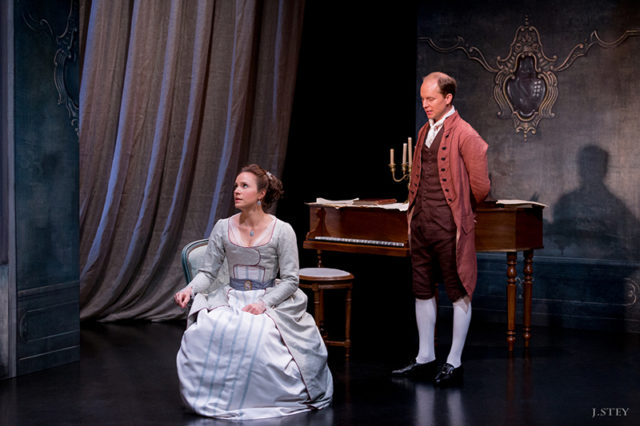 On June 17, 2016 an audience of invited guests had the opportunity to see the new play“”Le Dernier Baiser de Mozart” at the theatre Petit Montparnasse. It  will be presented at the Festival d’Avignon Off , a festival of plays in July and then on September 7  at the theater  Petit Montparnasse in Paris.Wolfgang Amadeus Mozart died in December 1791 leaving his widow Constance poverty striken . The way  she solved her problem is the subject of this play written by Alain Teuilié after he attended a conference on the subject of the life of Mozarrt and the situation of Constance.

As the play begins, we see Constance as a young widow waiting for her friend and lover Franz-Xavier Sussmayer. She tells him that she needs money to support herself and the children after Mozart died at an early age.  Beset by grief, she nevertheless wants to live a comfortable life.She asks Franz to send a letter that she wrote for government aid.  Franz suggests the idea, that as a student of Mozart, he could finish the Requiem.  Constance agrees and tells him when to return to her place to begin. 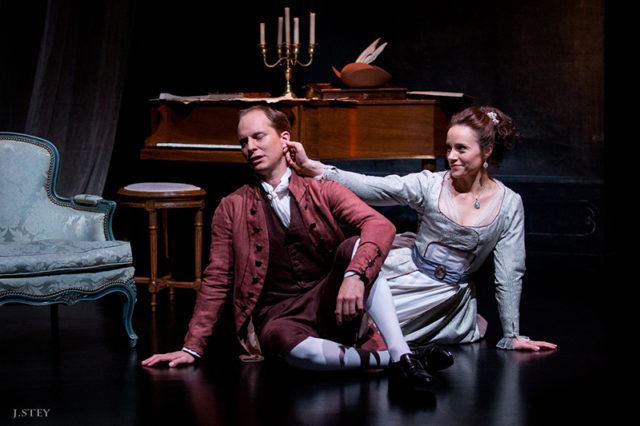 The acting is superb and as we watched the play we felt that we were really there with Constance and Franz. It was like going back in a time machine. There was never a dull moment!Delphine Depardieu is a perfect Constance and we empathize with her and her situation while Guilliaume Marquet appears as a real Franta Xavier Sussmayer.Raphaelle Cambry did a fine job as the director.  The costumes were exquisite and contributed to the enjoyment of the play.

Although not mentioned in the play Franz-Xavier Sussmayer completed the requiem in the style of Mozart and copied his signature.

After the play I had the opportunity to speak with members of the audience at a cocktail party  and all of them told me they liked the play because of the great acting.

For French speaking theater goers I highly recommend this play.