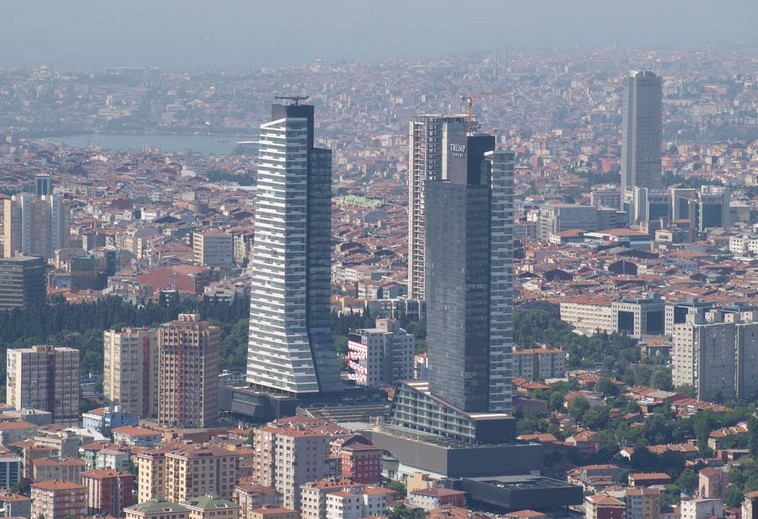 Turkish President Recep Tayyip Erdogan has called for the immediate removal of the ‘Trump’ name from the Trump Towers Istanbul due to the likely Republican presidential nominee’s anti-Muslim rhetoric.

Erdogan made the call during his speech at a TÜMSİAD (The Industrialists and Businessmen Association) evening, according to Turkish news outlet Yeni Safak.

“[Trump] has no tolerance for Muslims living in the US. And on top of that they used a brand in [Istanbul] with his name. The ones who put that brand on their building should immediately remove it,” Erdogan said, according to The Turkish Sun.

Trump Towers Istanbul was developed by Turkish billionaire Aydın Doğan and opened in 2012 and Doğan has been paying Trump for the brand name.

However, after Trump proposed to ban all Muslims from entering the US at the end of last year, the franchise said it was “evaluating its legal ties with the brand name.”

“We regret and condemn Trump’s discriminatory remarks. Such statements bear no value and are products of a mind that does not understand Islam, a peace religion, at all,” said Trump Shopping Mall Manager Bulent Kural, as reported by Reuters in December.

Erdoğan attended the opening ceremony of Trump Towers in 2012 when he was the prime minister, but told the TÜMSİAD event Friday that he now regretted it: “I also made a mistake and opened [Trump Towers].”

Meanwhile, the Turkish president praised US President Barack Obama’s stance of unity with Muslims and against Trump.

“Mr. Obama is on the side of Muslims here,” Erdogan said.

Erdogan has also accused the EU of Islamophobia and claimed Europe doesn’t want Turkey to join the EU because its population is predominantly Muslim.

Ankara is currently negotiating a deal with Brussels to grant Turkish citizens the right to travel to the EU visa-free.