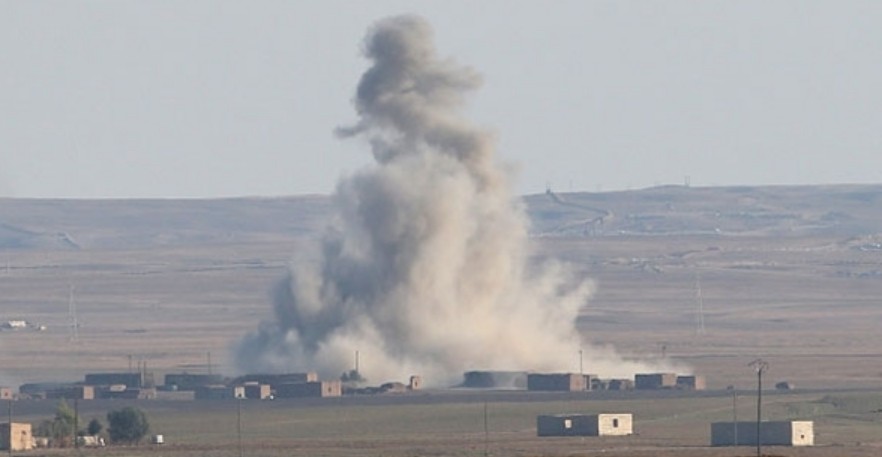 TEHRAN (FNA)- A senior religious official of the ISIL Takfiri terrorist group and his wife were killed in Syrian airstrikes in Raqqa province.

Abu al-Ghoraba Marakeshi who was responsible for ISIL’s religious teachings and affairs in Raqqa province and his wife were killed when the Syrian fighter jets struck their house in al-Naim square in Raqqa city.

Local sources confirmed that Abu al-Ghoraba was a Moroccan national.

Earlier on Sunday, the Syrian army backed by the country’s air force inflicted heavy losses on the Takfiri terrorists in Raqqa province.

The Syrian air force destroyed a large number of ISIL’s armored vehicles equipped with machineguns in the Southern outskirts of al-Tabqa city in Western Raqqa.

On Friday, the Syrian warplanes continued to bomb ISIL’s military machine in Western Raqqa, slowing down the Takfiri terrorists’ logistical movements in the battlefields.

The ISIL defense lines in the Southern side of al-Tabaqa were heavily bombed by the Syrian fighter jets.

The ISIL suffered a heavy death toll and its military hardware, including a large number of trucks and machinegun-equipped vehicles, sustained major damage in the air attacks.

“The airstrikes by the Syrian Air Force proved highly effective as Syrian Army’s ground forces in Ithriya were given the necessary reprieve from recent ISIL counter-offensives in the Western regions of Raqqa province,” said the military source at Hama Airport.

The Syrian Air Force jets launched surgical air raids on ISIL’s positions in Albu Allaj village as well as the terrorist group’s positions along the Tabaqa-Anbaj and Anbaj-Albu Allaj roads.

A large number of ISIL terrorists, including several foreign combatants, were reportedly killed in the airstrikes.