Six years passed since the war started in Syria, but to be honest … Let’s talk of all these victories and setbacks suffered by the parties to the conflict , the  axis of resistance on one hand and by the Takferi insurgents on the other hand.

Logically, who managed to win ? ! Think for a while and it become clear that the only beneficiary of this war is the Zionist entity. The following loss and damage is a significant proof. Resistance focus was turned from the Zionist enemy to the Takfiri terrorist insurgent and the destruction of Syrian infrastructure, which is pivotal for resistance axis and costing highly with irreparable damage in the popularity of the Lebanese Hezbollah among many Sunnis in light of western media propaganda.

The last but not least proof is that such war aimed to weaken the Syrian army as one of the armies that poses a significant threat to the existence of Israel. In addition to the displacement of more than a third of the Syrian population internally and externally . All the mentioned-above have been planned in the Zionist operations theater.  Therefore, forces of global arrogance mobilized all its wealth and capabilities in collaboration with the local insurgents in the ground in order to be able to reach pre-planned targets in the Middle East committing genocides on women and children to achieve their imperialist murderous interests.

The tremendous losses suffered by Takfiri insurgents placing them in a very tough and unfavorable situation in the battlefield and logistic. 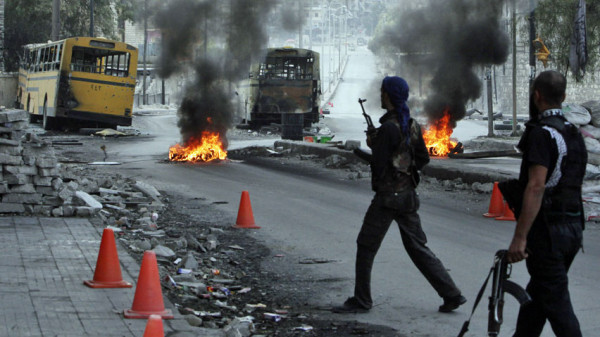 This was clearly evident in insurgents’ leaders acknowledgement of big loss suffered during recent victories, especially in the last battles of Nusra Front with the Syrian army …. Meanwhile, Orbit insurgents-affiliated channel reported the killing of 200 terrorists in the latest fighting. Of  course, this has a hard blow in the insurgents morale. This was the reason some militants in Latakia surrendered to the Syrian army.