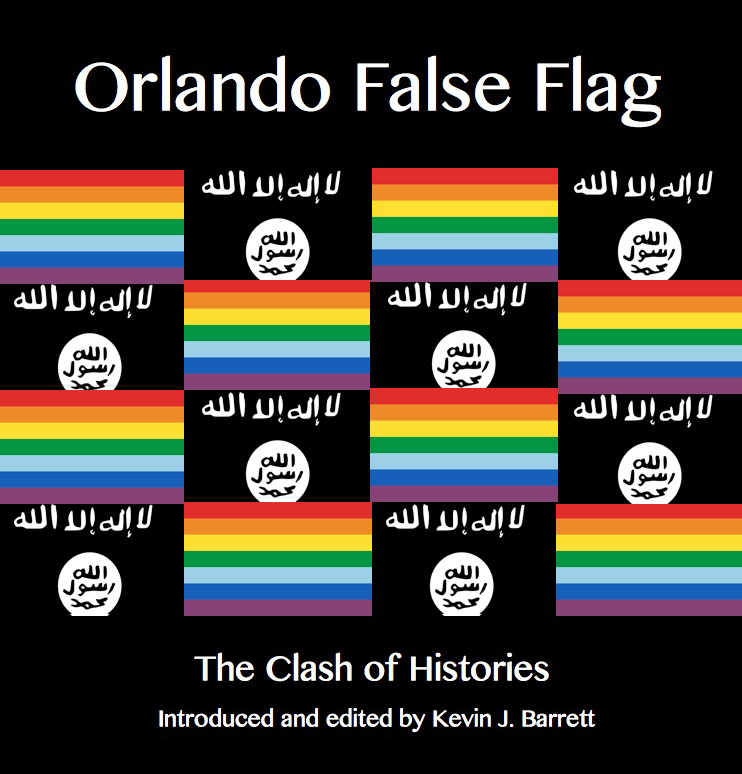 Robert David Steele is a former CIA Clandestine Services officer with false flag experience. His chapter for my forthcoming edited volume Orlando False Flag: The Clash of Histories  offers what he calls “probably the only systematic look at sixty-five anomalies associated with what appears to be a false flag event.”

Do you really want to be in a position where you are covering up a major false flag event or a major mass casualty event if the Israelis hijacked this, putting you into the role of accomplice in this crime against humanity? The USS Liberty is your marker for both what the Israelis are capable of, and of the cost to the US Government and the public of covering up their role in such an atrocity that will inevitably be public knowledge. Whether this was theater or a real mass atrocity, if you tell the truth, now, before the two conventions, you empower the public.

Steele’s reference to possible Israeli complicity has apparently gotten him banned from Alex Jones’ Infowars, which is now tirelessly cranking out Islamophobic propaganda on behalf of the people behind 9/11, Bali, Madrid, London, Mumbai and so on and so forth right up through last years’ attacks in Paris and San Bernardino and the follow-up in Orlando. That’s right – Alex Jones is now, for all practical purposes, part of the same propaganda team that blew up the World Trade Center and murdered three thousand Americans in order to incite a century of Islamophobia whose primary beneficiary is Israel. And he’s very well paid for it, or so I hear.

Robert David Steele, and the 17 other contributors to Orlando False Flag, are NOT controlled opposition. This is the best available false flag analysis, as well as cultural and historical background and deconstructions of the media propaganda.

Will FBI Director Comey decide to do the right thing? Will he find non-compromised investigators and turn them loose to expose and prosecute a big false flag for the first time in American history?

If he did, he might be risking his life. But as Sen. Mike Gravel told me in our recent radio interview, sometimes you just have to do the right thing, live up to your oath of office, and let the chips fall where they may.