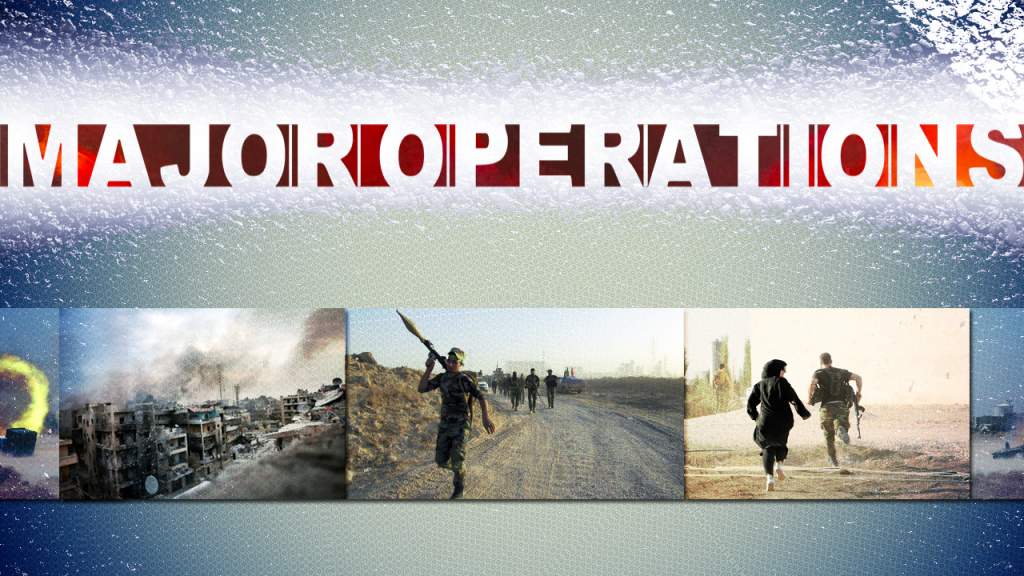 The Syrian Arab Army (SAA) and the National Defense Forces, supported by Russian warplanes, have seized the al-Ramliyeh village and the nearby hilltops in the southern parts of Hama province. Some 60 al-Nusra militants have been reportedly killed and a number of the terrorist group’s vehicles destroyed in the clashes. The village of al-Ramliyeh is located south of the al-Salamiyeh city in the province of Hama. Recently, heavy clashes erupted in the area between pro-government forces and Al Nusra-lead militant groups that are operating in the area.

Separately, the SAA, supported by the Russian Aerospace Forces, has launched military operations in the Aleppo province, liberating the al-Asamat area in the Malah Farms north of Aleppo City. The SAA’s Tiger Forces are the main striking force of the government in the area. Russian warplanes have conducted up to 100 air strikes in the areas near Aleppo City since the start of operations. By the situation on June 27, pro-government forces control the whole Malah Farms. They have a strategic importance because a major part of the militant groups’ supply lines to Aleppo City is heading there.

The US-backed Syrian Democratic Forces (SDF) have continued advances in the ISIS-controlled city of Manbi in Aleppo province, reaching the city’s cemetery. Now, SDF units (mainly Kurds) are deployed in a striking distance from Manbij’s city center. However, mines and IEDs (improvised explosive devices) set by ISIS terrorists slow down the SDF’s advances in the area. Kurdish units have also seized the Al-Aljani gas station, besieged the Al-Haram roundabout and advanced to the eastern grain silo complex. Pro-Kurdish sources report that at least 60 ISIS militants have been killed in recent clashes. Omar Bin Khattab mosque has been surrounded by Kurds. Up to 30 ISIS militants are there.

On June 27, The Iraqi Army, counter-terrorism forces, the Iraqi Federal Police and the Iraqi Popular Mobilization units liberated the Al Jolan district of Fallujah. It had been the last district, controlled by the ISIS terrorist group. Now, the Fallujah is fully under the control of the government. Now, Iraqi forces are securing the city in order to prevent terrorist attacks.

in the province of Salah ad Din, Iraqi forces are conducting military operations in order to liberate the strategic city of Shirqat, controlled by the ISIS terrorist group. Iraqi forces have already liberated the villages of Ibrahim al-A’li, Makhul, Ayn Dibis and Ayn al Bayḑah from ISIS in the area.