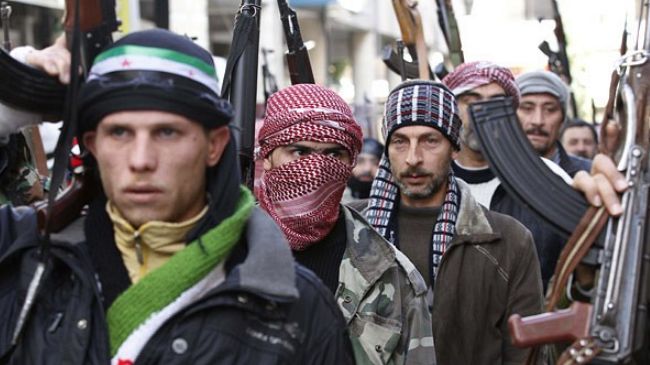 In recent years, Islam has become more widespread , especially in Europe and America. leaders of these countries are thinking of a way to stop the spread of true Islam so that Pew Research Center Investigations  Foundation, one of US operations room, released a report in 2010 indicated that in twenty years Islam will be the most widespread religion in Europe with mosques more numbered than churches.

The German government for the first time acknowledged that it had to maximize the number of population otherwise Muslims will be ten times more than Germans in the coming years.

The West seeks to prevent true Islam from spreading devising a distorted and complicated taking advantage of terrorist groups such as ISIS and Nusra Front.

Those groups proved to be inhuman and merciless killers like Genghis Khan and Neo beheading people and play with their heads and corpses and eating tag heir organs.

insult and selling women of other religions convictions and proudly videoing their inhuman practices for publication in the internet. All these heinous acts are capable of averting people from the belief of Islam that is becoming widespread placing huge pressure on Muslims living in the west.

The West, despite the claim of fighting terrorist Takfiris, from behind the scene protects them. In a documented investigation pointed out that all European countries facilitated to this day thousands of Europeans to join ISIS in Iraq and Syria as well as allowing return to their countries if they wish to.

The support of America and the West for these Takfiri terrorist groups to present a distorted abominable image of Islam. Thus reading these evidences keep us informed of terrorist hidden agendas and their real objective is fighting the true Islam.

Media that claim advocacy of human rights at the service of terrorists!

News circulated in Media yesterday that ISIS has used banned nerve gas and, of course, this is not the first time ISIS use such internationally-banned gas. The real question, however, is that how such equipment producing this Gaz brought there in the first place in the hands of terrorists and by what countries??  Why the international community and security Council do not sanction such  implicated countries? I wonder if the Syrian army used this gas will America and Western countries keep silent as they are now !