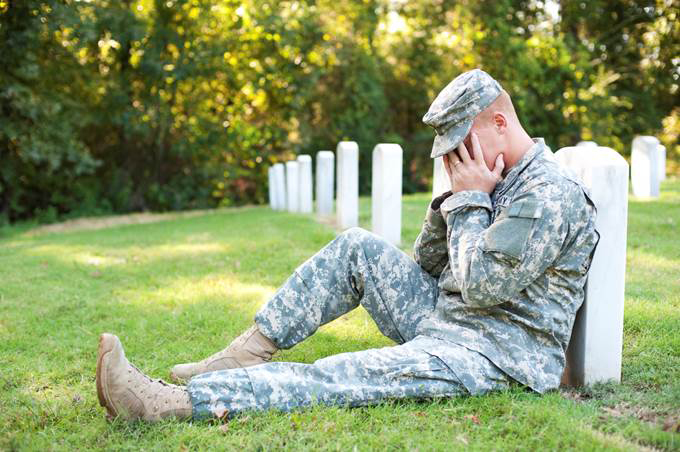 A new study supports what a small group of military researchers has suspected for decades: that modern warfare destroys the brain which has huge implications for Veteran health Care. If Perl’s discovery is confirmed by other scientists, which I believe it already has, and if one of these bomb blast’s short-term signatures is indeed a pattern of scarring in the brain, similar to asbestos scarring of the lungs ~ then the implications for the military and for society at large would be vast. Much of what has passed for emotional trauma may be reinterpreted, and many veterans may step forward to demand recognition of an injury that heretofore could not be definitively diagnosed until after death ~ such as football concussions and related brain disease: Allen L Roland, PhD 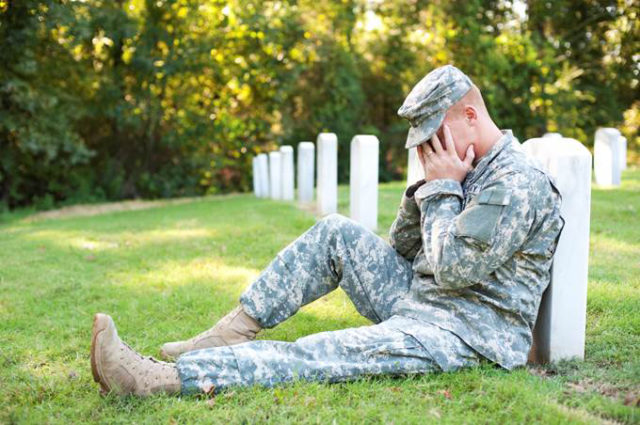 “We talk about PTSD being a psychiatric problem ~ how people responded to the horror of warfare,” said Dr. Daniel P. Perl, the neuropathologist who led the study. “But at least in some cases, no ~ their brain has been damaged.”

Dr. Daniel Perl’s findings, published in the scientific journal The Lancet Neurology, may represent the key to a medical mystery first glimpsed a century ago in the trenches of World War I. It was first known as shell shock, then combat fatigue and finally PTSD, and in each case, it was almost universally understood as a psychic rather than a physical affliction.

Only in the past decade or so did an elite group of neurologists, physicists and senior officers begin pushing back at a military leadership that had long told recruits with these wounds to “deal with it,” fed them pills and sent them back into battle or another tour.

Excerpt:  ” It is unclear how many of the 2.5 million United States service members deployed to Iraq and Afghanistan were exposed to blasts. A 2008 report by the RAND Corporation suggested that the number could be about 500,000. But some estimates suggest the problem could be greater: For example, a 2014 study of 34 living veterans from those conflicts found that a majority had experienced at least five blasts.

Explosions from roadside bombs, grenades and other devices produce a wide spectrum of injuries. Beyond the shrapnel and other objects that impale the head and body, the hurricane-force wind can blow troops off their feet, causing fatal head injuries and concussions on impact.

Less understood is how the blast wave ~ the pulse of compressed air that shoots in all directions faster than the speed of sound and arrives before the wind ~ affects brain tissue after crashing through the helmet and skull. Blasts are also believed to compress the sternum and send shock waves through the body’s blood vessels and up into the brain.”

U.S. Soldiers hit by IED in Afghanistan (NO DEATHS) 5 min video ~  Hats off to the guy with the Helmet cam, a true professional. As soon as he was out of the vehicle, he wanted his rifle just in case…then shortly after that once he’d gathered his senses, he was telling people to check the ridge line.

One of those elite group of senior officers who pushed back at the military was Col. Bart Billings who has long advocated for a non-medicated approach for treating PTSD  and also wrote an article in the Navy Medical Journal on this subject in 2002 ~ Jan-Feb issue, page 21 ( see report )

Colonel Billings ~ a clinical psychologist with a  34 year military career in both active and reserves has long spoken out regarding the growing evidence of psychiatric drugs regarding instances of over-medication, suicide and violence ~ as well as the VA’s refusal to deal with the situation. See this important 8 minute video interview ~

And of course, there is my demonstrated Heart Centered approach to PTSD which I have both facilitated over the past six years, at the Concord Vet Center, as well as mentored the past year as a heart centered volunteer consultant at the Vet Center ~ a soul and action centered program which concentrates on gratefulness and forgiveness and focuses on self-healing versus medication. 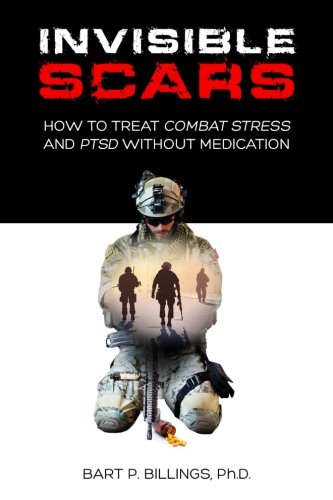 Bart Billing’s important bestselling book is a must read and here’s a 4 minute promotional video which explains its relevance. See video ~

PTSD isn’t a disorder. Ninety- nine percent of anybody that goes into combat is experiencing Post Traumatic Stress. It’s a normal reaction to being in an abnormal environment ”     Colonel Bart Billings. (ret.) and Human Rights Winner

Heart centered spiritual consultant and advisor Allen L Roland can be contacted at [email protected] Allen is also a lecturer and writer who shares a weekly political and social commentary on his web log and website allenroland.com. He is also featured columnist on VT and is a featured guest on many radio and Television programs