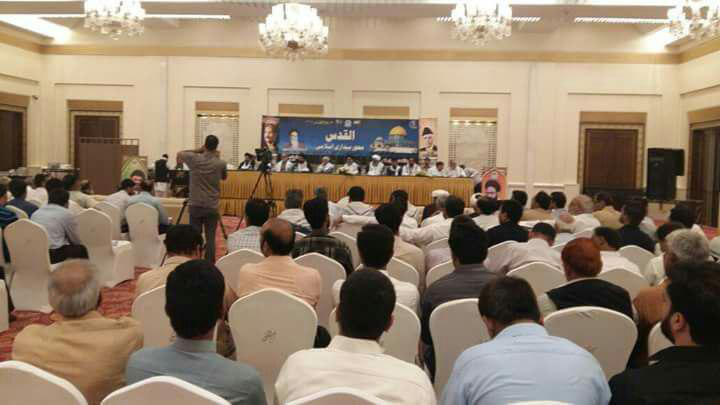 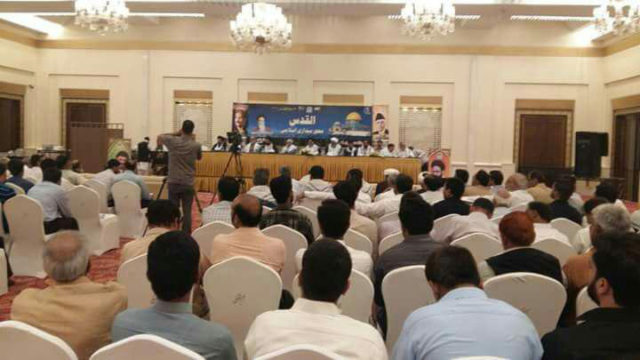 Naqvi said that sectarianism and the deteriorating security situation in the Middle East have been imposed to prevent the liberation of Quds.

The Leader of the Tehrik e Islami Pakistan said; if Islamic countries adopt common positions on different issues, the dream of the pride and glory of the Islam can be met.

He emphasized that for freedom of Quds, the Islamic world must strengthen the Organization of Islamic Cooperation (OIC), or Muslim World Leaders with coordination between them struggle for freedom of the Quds. 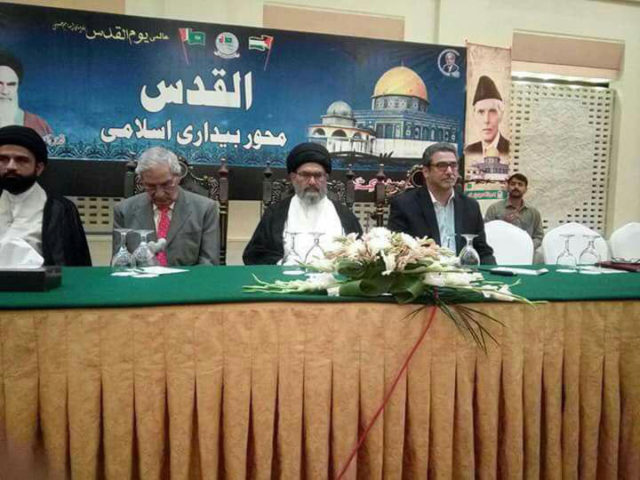 He added; I think the Leader of the Islamic Revolution, Ayatollah Seyyed Ali Khamenei has all the conditions and characteristics that are needed for leadership of the Islamic Ummah.

He pointed the martyrdom of the famous Pakistani Qawwal in recent days and said; despite the claims of presence of the security forces in all areas of Karachi, the martyrdom of Amjad Sabiri, the lover of Holy Prophet (PBUH) and Ahlul Bayt, and kidnapping of the son of the head of judiciary Sind, were the unusual events in the city.

The Leader of Tehrik e Islami Pakistan stated that freedom of Quds is the important issue of Muslims and pointed out that Muhmmad Ali Jinnah the founder of Pakistan had declared Israel as an invalid state.

Naqvi said we should take the initiative and set the Palestinians free from the clutches of the Zionists.

About the International Quds Day, He said; Imam Khomeini founded “Quds Day” for the Muslim unity and solidarity with the Palestinian people against the Zionist regime that will continue until the freedom of Quds.

The Leader of Tehrik e Islami Pakistan said that like all countries in the world, the Quds Day rally would be held glorious in Pakistan.

In this regard, the Quds Committee was formed.