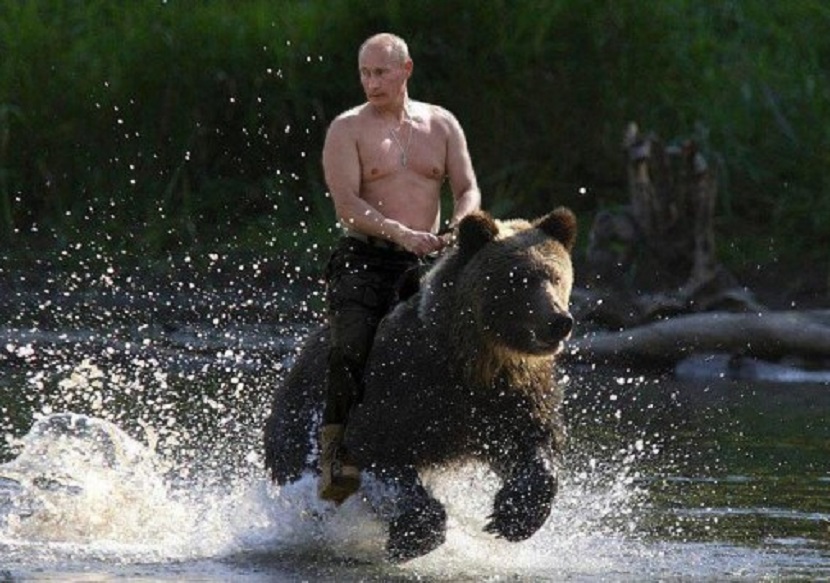 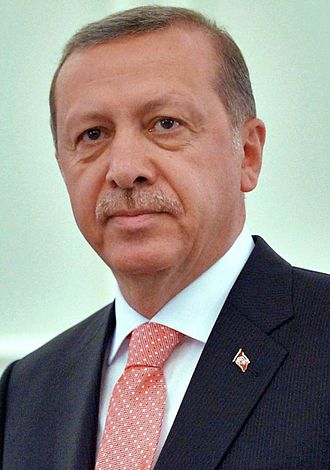 Lately, from deep inside the Turkish high military command, there have been major concerns that Erdogan’s leadership has shifted into tyrant mode, and his aggressive part in ISIS on behalf of the Saudis, the Israelis, the CIA and the Pentagon is destroying Turkey and its economy.

A strong message was delivered to Erdogan that he had to “make amends” with the Russians and start correcting his mistakes.

Erdogan sent a letter of apology to Putin on June 27, 2016 expressing regrets for the shoot-down of a Russian aircraft.

A good guess is that Erdogan just barely sidestepped a major coup d’état and a complete loss of power.

But was his “smackdown” actually just a preview of the coming changes that are likely to occur in Europe and America too?

It’s also a very good bet that Erdogan was mind-kontrolled by sophisticated psychotronic and other means to suffer from the delusion that he was to become the new sultan and rebuild the Ottoman Empire.

The Israelis and the CIA had conned Erdogan into believing he could expand Turkey and gain a whole new empire. This promise was a lie from the very beginning and was designed to use Erdogan to generate the chaos, division and civil war needed by the Israelis and the CIA in the Mideast on behalf of the Khazarian Mafia Banksters for their Globalist NWO “Greater Israel” plan.

This delusion of empire that was driving Erdogan as a Khazarian Mafia (KM) tool had led to a checkmate with the Russian Federation and a game of chess that Turkey had zero chance of winning in the long run.

The KM’s target was Syria and Iran all along with plans for a new Israeli pipeline system to supply captured crude oil to Europe instead of Russia continuing to do so and later including Syria and Iran. Of course, once Turkey was used up in the process of generating chaos and civil war, it would then be Balkanized and re-constituted as a Rothschild Zionist occupied puppet state like so many prior KM victim states.

And of course ISIS had secondary purposes, such as organizing and eventually eliminating any Islamics who could be hired as mercenaries and successfully radicalized, after first using them as cannon fodder to destabilize Syria and Iraq.

The recent serious of losses ISIS and Turkish fighters suffered from Russian Federation Air Power have sent a strong message to the Turkish High Command, which has always had a close relationship to the US Pentagon. But the handwriting is on the wall. Needlessly messing with Putin can have no gain in the long run.

What else has Erdogan’s delusion wrought? A major loss in tourist trade, especially Russian, which had been a major industry in Turkey. Certainly, he put the Turkish economy into deep recession, and even worse, he has made his whole nation a surrogate, disposable warrior for Israel, Saudi Arabia, the CIA and the Pentagon.

Turkey’s military High Command has finally understood that to allow Erdogan to continue in this empire-building strategy using ISIS was suicidal for Turkey.

The Turkish High Command finally realized that Russian Federation air-power is so sophisticated and so superior that, if it persisted and got into a direct war, Russia could take out all major Turkish military installations in one or two days, with the now-collapsing NATO unable to abate such actions, and the Pentagon unwilling to directly enter the fray.

Not only that, despite careful compartmentalization of operations, the Turkish High Command, like many in the Pentagon, now realize that ISIS is a covert mercenary army started by Israel and the CIA and supported by the Saudis, Turkey, NATO and other smaller nations. This knowledge is now spreading across America to the masses and American support for more Mideast wars fought for Israel, the CIA, and Israeli-American “Israel-first” Dual Citizens in the Pentagon and inside the Beltway is now quickly waning. 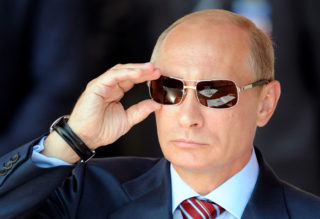 Back channel communications were made between the Russian Federation diplomats and Turkish Military diplomats that Putin had run out of patience and was ready to drop the boom on Turkey if it kept moving Turkish mercenaries into Syria and supporting ISIS.

Several quite sophisticated covert ops were about ready to be deployed, which would have assured a major game change with great losses for Turkey.

As with Ukraine, Putin has been playing a master chess game, which appears like a waiting game, but meanwhile a major economic squeeze is being applied, one that will take Turkey apart at the seams in time.

Erdogan’s response to his top advisers warning about the coming Russian “corrections” was to send a letter of apology to Putin for shooting down the Russian Su-24. He has assured his High Command that he will change his ways and back off from “empire-building”. It’s a good guess that Erdogan has now awakened to the reality from his Ottoman Empire delusion and realized that it is just that, a delusional and suicidal enterprise for turkey as a nation-state.

This concession by Erdogan marks the beginning of the end for ISIS and for NATO too, the complete exposure of what ISIS is, who created it and financed it and why it is a serious war crime and crime against humanity.

The Fat Lady has not sung yet

When this all plays out, do not be surprised if there is a Nuremberg II — and this time, a real one where many of the war criminals who did 9-11-01, as well as running these Terror ops all over the world, get tried, convicted and hung. Soon the whole world will demand such. And just recently, there were new indictments against G. W. Bush, Cheney and others.

In the coming weeks and months there are going to be a lot of very nervous Establishment Cutouts who will finally realize they were used as disposable cutouts and will have to answer for their war crimes, mass-murders and staged terror ops.

As Senator John McCain prepares to run for re-election this fall, he finally has an opponent who knows that McCain helped start ISIS and that ISIS has been a synthetically-created terrorist group.

Germany has been seriously harmed by Merkel’s agreement to support the NATO-based trade boycott of Russia over their narrative that falsely accused Russia of invading Crimea, when Crimea’s people freely voted to join the Russian Federation. Soon the Germans will demand trade be re-established with Russia, so they can once again sell their car and truck parts and produce to Russia.

The successful Brexit vote for the UK to leave the European Union is an indicator that there is a growing, spontaneously emerging populism all over the world against the Rothschild Zionist Globalist NWO Agenda – a profoundly evil agenda designed to destroy every nation and reduce the Earth’s population by 90%.

This worldwide spontaneously emerging populism is a direct result of the Internet, the truth nuggets carried by its Alternative Media, and a general worldwide awakening of the human slavery, war, destruction that Rothschild Zionism and its City of London private central banking has wrought.

Obviously this emerging populism and the truth nuggets that the Internet has produced are spreading among the American masses and that – coupled with the economic decline – has placed those who control the USG, the Congress, and the six Controlled major Mass media (CMMM) in a most difficult situation.

The Establishment Hierarchy’s house of cards based on 50 years of television and Network News cartel lies is now beginning to collapse. 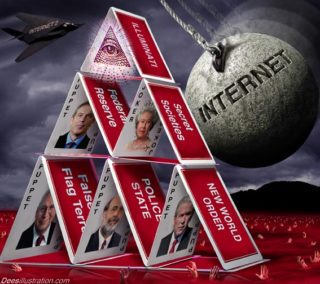 What are the options of the Establish Hierarchy to mitigate this spreading populism in America that is now becoming a direct threat to them at every level?

They can keep engineering and deploying synthetic Gladio-style false-flag attacks using real and imaginary shooters and crises actors in gun-free zones. They could perhaps arrange to once again deploy the Mossad and “Larry the cockroach” the alleged new owner, to take down the Sears Towers which is allegedly contaminated with asbestos.

They could start a major war with the Russian Federation which would send many American aircraft carriers to the bottom of the ocean in about 20 minutes.

Or they can use mind-kontrolled mercenaries to stage Gladio-style false-flag attacks by bombing American civilian targets at sporting events and soft targets. Or, they can crash the economy, cut off the EBT cards and food shipments, and let the cities burn.

The Establishment Hierarchy (EH) holds all the cards, but there is a growing awareness, even within their mind-kontrolled ranks, of their illegitimacy, coupled with a loss of loyalty at every level. The EH knows this, and that is why they are making arrangements to bring in NATO and UN troops for support, because they no longer believe the American Military, the American National Guards or the American police will stay loyal to them when the SHTF.

History has shown that only the very top Select Few Banksters sitting at the top of the Hierarchy survive these cataclysmic “readjustments”, as they feel they are necessary to thin the human herd and reestablish complete control.

All their loyal Cutouts who have fed at the DC taxpayer-financed trough like swine for many years and have enjoyed lavish lives of luxury, riches, privilege, and power will be of course sacrificed. Will these Cutouts realize it before it is too late for them?

Will they standup up and start doing what is right before America goes over a globalist NWO financial cliff from which it can never return?

After Angela Merkel is displaced, will the DVD, aka the Fourth Reich try and assert itself through a new greater Germany and a UN Military once the Rothschild Khazarian Banksters are taken down? Stay tuned ~ this is going to be very interesting as it unfolds this summer.