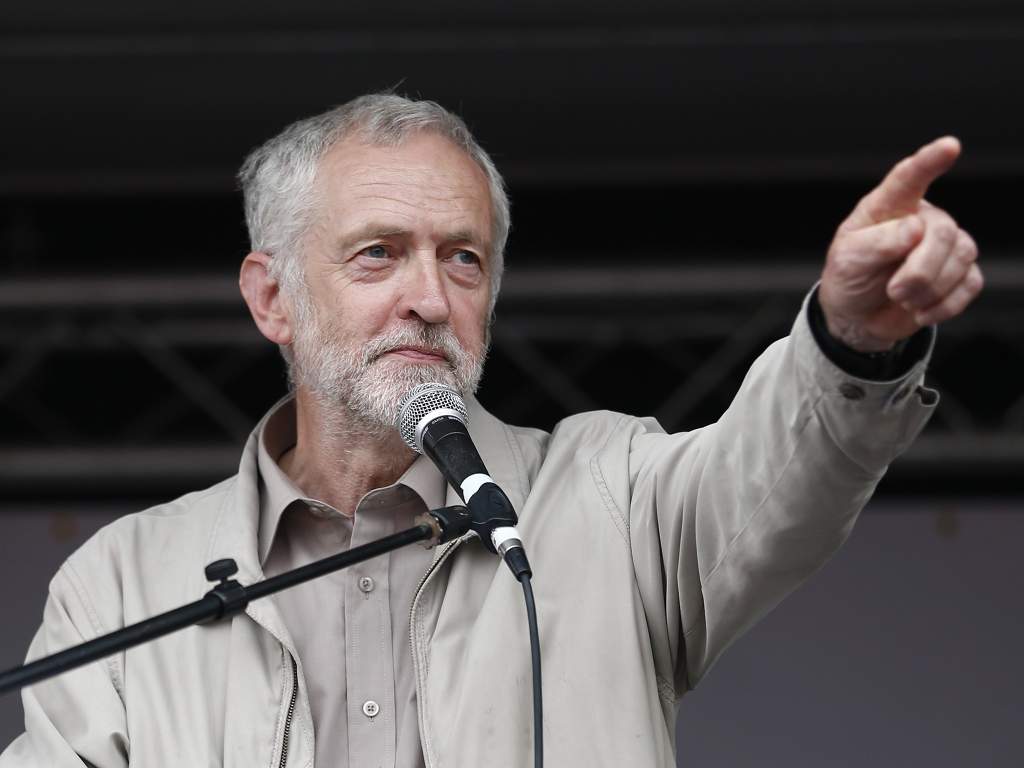 “There’s a battle outside and it is ragin’ It’ll soon shake your windows and rattle your walls, For the times they are a-changin” They’re not quite my words – they’re actually lyrics from the Bob Dylan’s 1964 hit ‘The Times They Are A Changin’, Ever since its release the song has been influential to people’s views on society, the universal lyrics contributing to the song’s lasting message of change and how true are those lyrics now.

It seems as if we have come such a long way since Jeremy Corbyn rose to a shock victory in a landslide vote by the majority of Labour members in what was hailed as the biggest revival in Labour membership in decades. The tidal wave slogan “Jez We Can!” which sounded out across the country during the weeks leading up to the Labour Leadership vote was replaced by the victorious “Jez We DID!” immediately afterwards. The unexpected had happened and the so called ‘Radical left’ of Labour’s socialist history came back to the forefront of British politics in its typical revolutionary fashion. Proud Socialist Jeremy Corbyn was making Socialism cool again proved by the new surge in Labour membership, mostly new young members who contributed to the storming Popular vote victory as the Black Horse candidate raked in an astonishing 251,417 votes which gave Corbyn a 59.9% share compared to second place Andy Burnham with just 19% of the vote.i

Jeremy Corbyn’s victory was indeed a historical moment for British politics as his ally and shadow chancellor Mr McDonnell said.

“Jeremy Corbyn was elected only nine months ago with the biggest mandate any elected leader has had from the rank and file membership of their party. The biggest. We call that democracy.” ii

Despite his democratic victory the leadership has been plagued by revolt from the party’s majority right wing ‘New Labour MP’s’ also labelled as ‘Blairite MPs’ by Corbyn supporters and Momentum members. The ideological split in the party has held Corbyn back in the early months of his leadership but now it has exploded into a full scale civil war between what is a Socialist revival membership and the disgruntled Blairite core which threatens to rip the party apart just 9 months after the leadership election.

Following the close of voting, Liz Kendall the most aggressive anti-Corbyn competitor of Corbyn’s for the 2015 Labour Leadership and was also considered a ‘Blairite’ candidate stated that all three of Corbyn’s opponents in the leadership election would support his leadership, that the result should be accepted and the party should focus on attacking the Conservative government. I remember hearing her loud and clear when she said

“We need to turn our Fire on the Tories” iii

Not really how it has all turned out has it Ms Kendall?

After a series of resignations, a sacking and calls for Corbyn to quit, 172 Labour MP’s have voted against Corbyn passing a motion of no confidence and a challenge to Corbyn’s leadership at a time when The Tories are heavily exposed and the British public are looking to Labour for leadership and guidance following the shock BREXIT result. ivCorbyn’s opponents have launched a full scale attack to take out the leadership and in response the ‘red mist’ (as Dianna Abbott puts it in her article for the Guardian) vof public and union supporters has descended onto the Westminster battlefield to save there socialist leader from the stab in the back attack. The same energetic membership support that propelled Corbyn as top dog of Labour is now once again being deployed to defend Corbyn against the Blairite Coup but you have to stop and ask who are the rebellious MPs fighting against? This is no longer a fight against just one man, the 172 Labour rebels are effectively at war with the membership which John McDonnell has often boasted overwhelmingly supports Corbyn’s Labour.

This country is a proud democracy and Labour has a long history of standing up for the little Brits who have often been the victim the establishments ultra-elitist status quo which protects the rich and penalises the working classes but ‘time they are a changin’ so much that majority of Labour MPs are now fighting to defend the establishment against what they see as a threat to New Labour which was created under Blair’s leadership to re-invent Labour from an opposition party to government which he did until he plunged the UK into a horrific war and destroyed Labour’s reputation and his along with it. That Labour is now finished and the new youthful membership wants change, the Party however want very much to go back to the wonderful Blair years before the Iraq war but are ultimately shooting themselves in the foot.

People are tired and angry of the current status quo and want change; the establishment moaned for years that British youth was inactive and had no interest in politics, now the young are engaged and voting in mass but the Labour party wants to go to war with them and their elected leader. Hillary Benn, Angela Eagel and the other MP’s of the Coup have their excuses for kicking and screaming against the leadership but the fact is Corbyn won the leadership Fair and Square, he has gained loyal support from Labour members, Unions and a vast majority of the general public so as far as democracy is concerned he is the rightful leader and deserves the full support of the entire Labour Party and all the back benches. Of course we are not asking for a dictatorship, any disagreement to Corbyn’s manifesto can be voiced but must be done so professionally and for God sake in Private!

The Labour Party is in a terrible state as it stands and even John McDonnell who spends a lot of his trying to convince the media that everything is fine and dandy is not accepting this fact However the problem is not with the leadership it is with the party and its MP’s more prepared to fight its own members then the Tories, the message left by the three opposition candidates for the labour leadership to unite behind Corbyn and accept the members decision has only been honoured by one, Andy Burnham. If the Labour party refuse to accept Corbyn’s and its members and succeed in forcing Corbyn out then the party will doom itself to a generation of failure and isolation perhaps greater than that which the Lib Dems up Nick Clegg’s leadership achieved this fact Must be realised by the MP’s who have consistently kept the breaks on since Corbyn’s election victory and allowed the Tories the freedom to escape there many blunders. Corbyn has the membership and democracy on his side so can and will ultimately win so long as he can continue to stand firm, his new appointed shadow cabinet is young, socialist and female viso ticks all boxes but Labour will fail if the rebellious 80% don’t accept members demands and Corbyn’s authority. I’ll leave you with a quote from political editor Gaby Hinsliff.

“Labour’s left waited decades for Corbyn. They won’t give up”vii