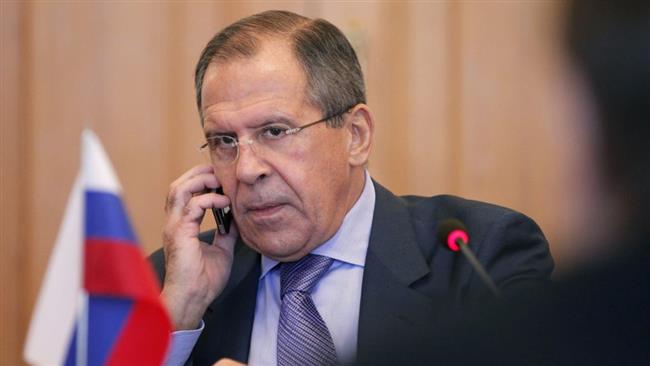 The French foreign minister said that Russia and France are partners and need to work together despite difficulties.

Relations between Russia and the West deteriorated amid the 2014 crisis in Ukraine. The European Union, the United States and their allies have introduced several rounds of anti-Russian sanctions since the reunification of Crimea with Russia in 2014, accusing Moscow of meddling in the Ukrainian conflict, a claim Russian authorities have repeatedly denied.

The French top diplomat also said that the upcoming NATO summit in Warsaw should not be a summit of confrontation with Russia. Lavrov said that Russia will closely monitor the NATO summit, including alliance’s decisions on the activity near Russian borders.

“I think that transparency and openness will dominate our relations, and we have a lot of work to do in this respect,” Ayrault stressed.

Merkel Urges to Boost Defense Spending Ahead of NATO Summit

He also said that the Russia-NATO Council meeting may be held after the alliance’s summit in Poland.NATO is expected to make a final decision about the deployment of four battalions in Poland, Lithuania, Latvia and Estonia at its upcoming Warsaw summit due to take place on July 8-9.

The first Russia-NATO Council meeting at the level of permanent envoys in two years was held on April 20, but failed to yield any significant results due to the sides’ disagreement on a number of geopolitical issues.

The Russian foreign minister repeated his earlier calls to the West to urge Syrian opposition groups to cut ties with al-Nusra terrorist groups.He said that Russia is ready to cooperate with all countries on the Syrian conflict settlement.

Lavrov said that he hopes dialogue with Turkey will be restored to solve the Syrian crisis.

The statement comes following the phone talks between Russian President Vladimir Putin and his Turkish counterpart Recep Tayyip Erdogan. The leaders agreed to restore cooperattion, inluding in the spheres of trade, tourism and the fight against terrorism.

“Now when the Turkish president’s apologies to the President of Russia have been received, when they discussed the possibilities of normalizing relations today by phone, I believe we and our Turkish partners will resume cooperation to solve the Syrian crisis,” Lavrov said.

Speaking after talks with French Foreign Minister Jean-Marc Ayrault in Paris, Lavrov stressed that Ankara was responsible in preventing the use of its territory as a transit point for terrorists traveling to Syria and Iraq.Lavrov also said that Syria’s High Negotiations Committee (HNC) opposition group, backed by Saudi Arabia, has taken a non-constructive stance at Syrian peace talks in Geneva.

“The opposition that calls itself the High Negotiations Committee takes an absolutely nonconstructive position of ultimatums and refuses to even sit at the same table with other Syrian parties.”

The Russian diplomat added that the opposition that works with Moscow has made proposals on political reforms in Syria.

The French and Russian foreign ministers agreed on the need to jointly fight against terrorism after the deadly Istanbul airport attack on late Tuesday, Ayrault said.

“At the moment we want to express our solidarity with the Turkish people, with all our friends, to express our sympathy and condolences to the relatives of the victims… Boosting international cooperation is needed to combat terrorism,” Ayrault said at a joint press conference with Lavrov.

Istanbul Airport Attack Should Serve as ‘Wake-Up Call’ for Erdogan

Meanwhile, the Russian foreign minister said, commenting on the Istanbul attack, that joint efforts of all states needed to combat terrorism. He added that only by condemning such attacks, terrorism will not be defeated.On Tuesday evening, three suicide blasts rocked the international terminal of Istanbul’s Ataturk international airport, leaving at least 41 dead and 239 injured.

Turkish Prime Minister Binali Yildirim said that three suicide bombers participated in the attack. Initial indications suggest that Daesh is responsible for the terrorist attack, though the investigation is still underway.