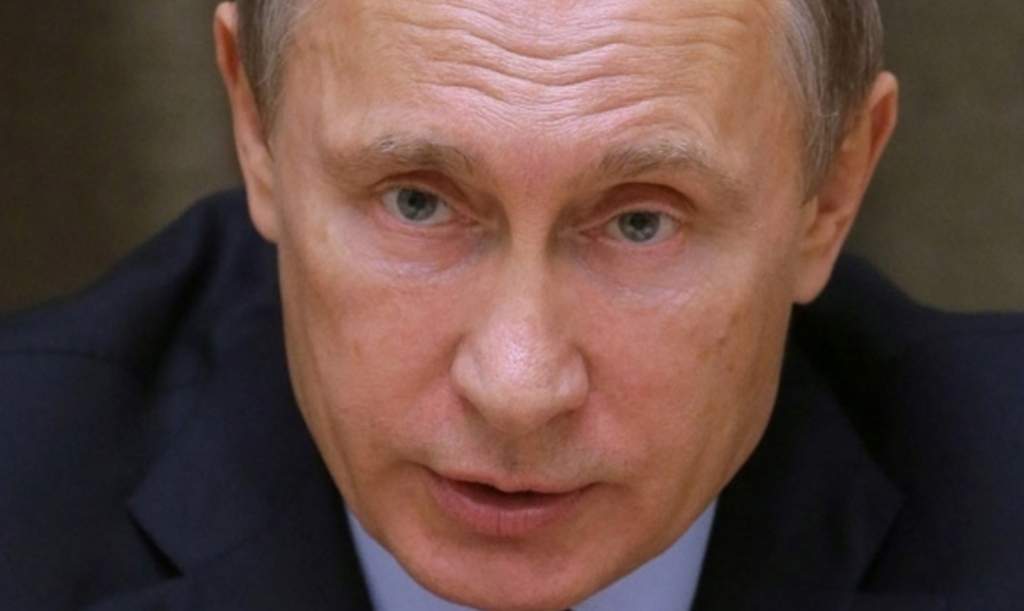 TEHRAN (FNA)- Russian President Vladimir Putin said on Thursday that the outcome of the fight against ISIL terror group is being decided on the Syrian soil.

“Syria stands at the epicenter of the battle against the ISIL  group while a resolution to the Arab republic’s civil conflict is still far off, the outcome of the fight against ISIL terror group is being decided on Syrian soil,” the Russian president said at a meeting with Russian ambassadors and permanent representatives Thursday, Ria Novosti reported.

“It is clear that a final settlement is still very, very far off, but the experience gained over the last few months in Syria demonstrated that only by joining efforts toward the creation of a broad anti-terrorist front urged by Russia can we successfully confront today’s threats,” he reassured.

Putin also said during his speech that the situation across the world is becoming less predictable, RT reported.

According to the Russian president, the actions of NATO are aimed at upsetting the balance of power, but Russia “will not succumb to this militaristic craze.”

“We are noticing persistent efforts by certain partners to maintain a monopoly on geopolitical dominance. They use their centuries of experience in suppressing, weakening, pitting their rivals against each other, as well as modern political, economic, financial, and informational methods,” he said.

The examples of such methods are “interference in the domestic politics of other countries, provoking regional conflicts and triggering so-called ‘color revolutions,’” Putin added.

The Russian president believes that, at times, “terrorists, fundamentalists, far-right nationalists and even neo-fascists” are used as henchmen in achieving those goals.

“We can already see the direct consequences of such disastrous policies near our borders,” Putin said, in apparent reference to the conflict in eastern Ukraine.

Moscow is interested in “close cooperation with the US on international issues,” Putin said. However, Russia cannot accept Washington picking where to cooperate with Moscow, and where to increase “various pressures on us, including sanctions.”

According to Putin, Britain’s vote to leave the EU “has shaken the markets.”“But I think that everything will subside in the medium term.”

However, the Russian president stressed that Brexit is the choice of British people and “we have in no way interfered and are not interfering in this process.”