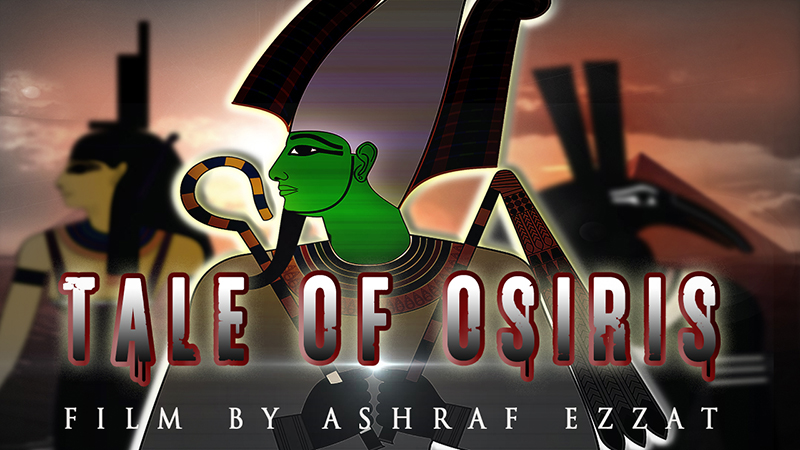 The tale of Osiris/Ausir could perhaps be one of the world’s oldest tales/myths. However the reason why the tale of Osiris stands out amongst the world’s ancient myths is due to its originality rather than its remoteness in time. Based on the epic story of ‘Isis and Osiris’ our film will introduce you to the creation story, and to the Gods of Egypt (A breakaway from silly Hollywood stereotypes about that ancient civilization). 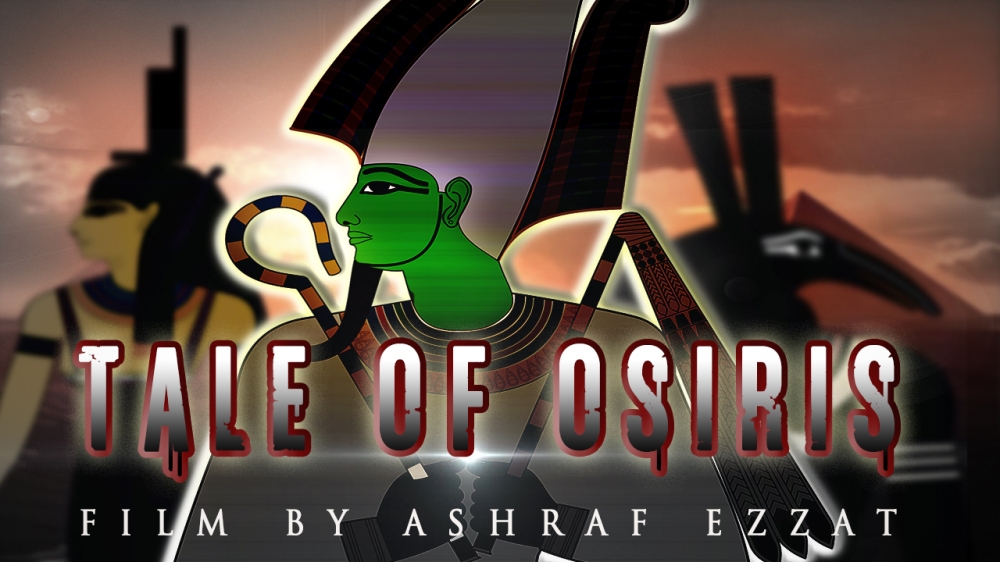 Osiris is the ‘Archetypal’ God who was brutally killed for loving/civilizing his creatures. Osiris’ rise from the dead is the reason why the belief in afterlife is so deeply entrenched in the culture of Ancient Egypt. Osiris’ promise of an afterlife for all Egyptians, and not just royalty, is the first democratization of ‘the concept of resurrection’ in ancient times. This is why Osiris was the most popular God among the common people of Egypt.

Osiris is usually depicted in his typical guise as a mummified King holding the hook and flail, the traditional symbols of royal authority, and wearing the feathered Atef crown.

Osiris is a common feature in Egyptian funerary art where he is depicted as the Lord of the Afterlife. In the Hall of Truth the Lord of Resurrection presides over the last judgment of the soul as shown in the Book of the Dead.

It was also common for the deceased to be depicted in the form of Osiris so they could be identified with the god both to ease their passage into the afterlife, and also to serve as a warning that the dead person was under Osiris’ protection.

Isis was the sister and wife of Osiris and the mother of the god Horus. As in the case of Mother Mary and Baby Jesus, Ancient Egyptian art often showed Isis in a typical pose nursing the infant Horus. Watch the film trailer.

Oddly enough, we have yet to find a complete version of the story. What we have has been gathered together over many years from many different documents and sources. What we have presented in the film is our own attempt at restructuring one of the oldest stories in the world. In many versions Horus, the son of Osiris, was conceived after Isis had reconstructed the body of Osiris, but in our film we preferred to show that Horus is born a bit earlier.

Since the ‘Tale of Osiris’ was made for children, we thought we should simplify things that otherwise would have seemed hard to comprehend by a child’s mind. That’s why we didn’t go into the details of Isis’s trip to Byblos nor her magical intercourse with Osiris after his death and dismemberment. Still we kept the theme of conceiving Horus (that was watched over by a holy spirit) as divine and mystic as we could.

Great Stories are part of the core human experience and never change except in the most superficial ways. They defy any attempts to rewrite them with drastic changes, always returning to their original forms. The setting might be modified depending on who’s telling it, the characters have different names, but fundamentally, it’s still the same story.

A version of the Osiris myth exists in every culture: the just king/God murdered by his cruel brother, only to be avenged by his son who follows in his father’s footsteps. Sometimes the dead king is rewarded for his upright ways and gains great reward in the next life. We find the Osirian theme echoes in nearby civilizations such as the Greeks and Romans, in the story of Jesus Christ, even in Shakespeare, where the avenging /son/ prince is named Hamlet. When you watch the film, you’ll see what I mean.

N.B. I started on this film project back in 2013. In the last three years I’ve learned more about film editing and motion graphics. I know I would have changed a lot in the film if I worked on it again, but a thirty second animation sequence could take up to one or two days’ work, let alone a 28-minute video.  Still I think we managed to make a decent animation out of this ancient myth. The film was screened at BUSTER (Copenhagen International Film Festival for Children) and was recommended by the Egyptian Museum in Cairo for screening nationwide for school children.

Enjoy the film; The Legendary Tale of Osiris (Watch it in HD)