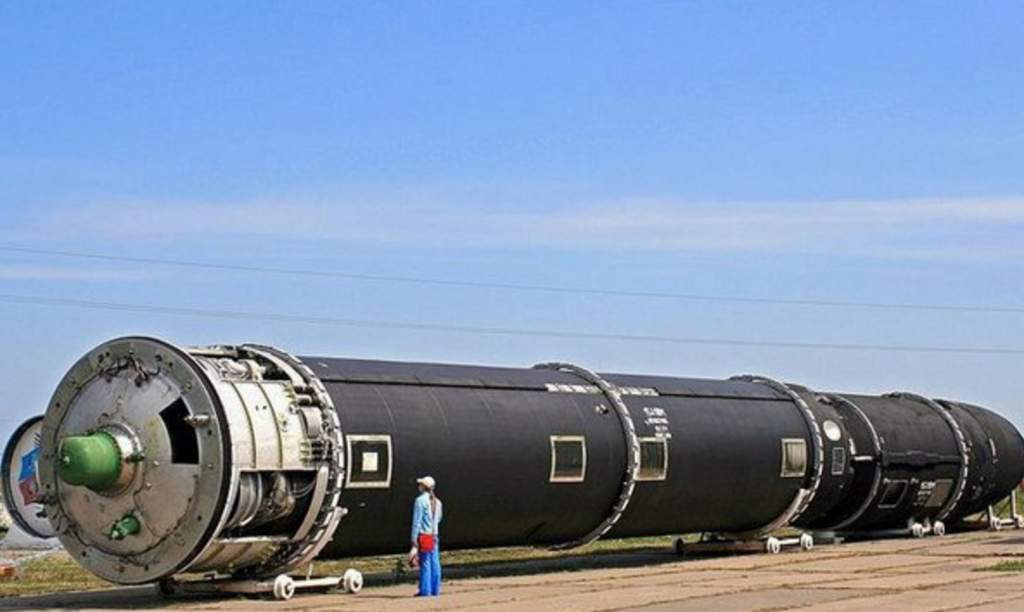 Russia plans to conduct flight tests of the new heavy intercontinental ballistic missile Sarmat. The state-of-the-art ICBM is expected to come into service in 2018.

According to the official, the missiles have been in service for more than 25 years, and each of them is able to carry ten megaton class nuclear warheads at a distance of more than 11,000 kilometers. The ICBM thus guarantees inevitable retaliation in the event of aggression against Russia.

Nevertheless, the Voevoda missiles need to be replaced. “Primary requirements for the next generation of missiles are about the need to improve their energy performance – the new missiles need to be able to overcome both existing and prospective US missile defense system,” the official said.

According to Yesin, the new ICBM should be able to reach and strike targets via both the North and the South Pole. Thus, the launch range should increase significantly as compared to its predecessor. In addition, improved power characteristics will make it possible to equip the new ICBM with additional means to overcome any anti-missile system. In the future, the new missile will be able to “resist” space echelon of strike weapons.

Deputy Defense Minister Yuri Borisov, who curates the Russian defense industry, stated that the range of the new ICBM should exceed the distance of 11,000 kilometers.

Experts note that this is achievable: the Sarmat will be able to overcome such a distance owing to improved fuel formula and enhanced design.

However, Russia will need to see whether the new ICBM is capable of reaching and striking targets in another hemisphere.

As a rule, Russian ICBMs are tested on the path of Plesetsk-Kamchatka-Kura of Baikonur-Kura.

The range of such flights does not exceed 7,000 kilometers, and many tactical missiles fly farther than 12,000 km. In this case, the Russian military have to launch the new missile from the north to the area of the Hawaiian Islands. This is a complex, but a necessary test that Russia has to conduct, experts believe.

Earlier, Russia tested the flight range of its ICBMs in the course of “Stability 2008” military drills, when a submarine-launched ballistic missile R-29RMU2 Sineva set a world distance record for a missile of this class  – 11,500 km. The missile was launched from the Barents Sea and reached the area to the west of Hawaii, the newspaper noted.

The RS-28 Sarmat is a liquid-fueled, MIRV-equipped, super-heavy thermonuclear armed intercontinental ballistic missile. Its large payload would allow for up to 10 heavy warheads or 15 lighter ones, and/or a combination of warheads and massive amounts of countermeasures designed to defeat anti-missile systems. The missile was created in response to the U.S. Prompt Global Strike.