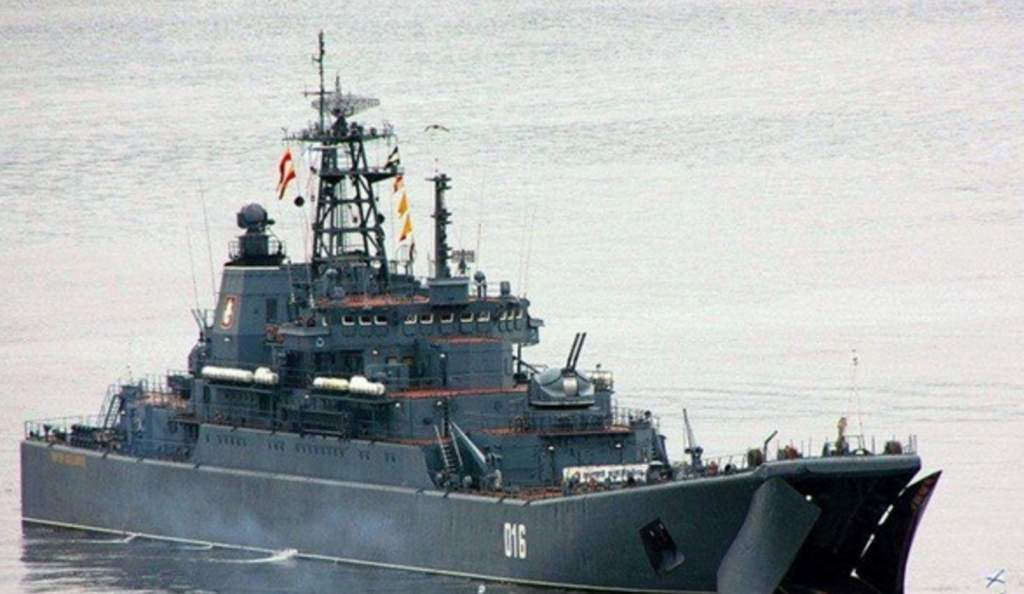 TEHRAN (FNA)- A huge cargo vessel of Russia, carrying a large volume of arms, ammunition and other advanced types of military equipment for the Syrian Armed Forces, entered waters of Mediterranean Sea.

The huge Russian vessel of Grigori Bobidovich, which left the port city of Novorossiysk in Russia a couple of days ago, passed Bosphorus strait and entered the Mediterranean sea waters en route to Syria.

The Russian vessel’s final destination is Syria’s Tartous port, the main logistic center of the Russian Navy in Mediterranean sea, to unload its cargo and deliver them to the Syrian armed forces.

Media reports said on Thursday that the Russian warship, BSF Saratov, sailed through the Bosphorus and Dardanelles in the Black Sea and entered the Mediterranean sea.

According to Syria al-Aan, the Turkish websites have released some photos of the warship sailing through the Bosphorus strait.

They reported that Saratov left Novorossiysk port in the Black sea towards Tartous port in Syria.

They also claimed that the warship was carrying a big cargo which has been covered.

This was the sixth voyage of Saratov warship in the current year.

Russian warships and naval vessels, often two at a time, have been seen passing through the Straits en route to Syria from Russia’s Northern Black Sea ports with increasing frequency this year.

Most of the military supplies, weapons, ammunition, and equipment that Russia supplies to the Syrian government are shipped from ports on the Black Sea, primarily Sevastopol and Sochi, through the Bosphorus and the Dardanelles, to the two Syrian ports, Tartous and Lattakia.