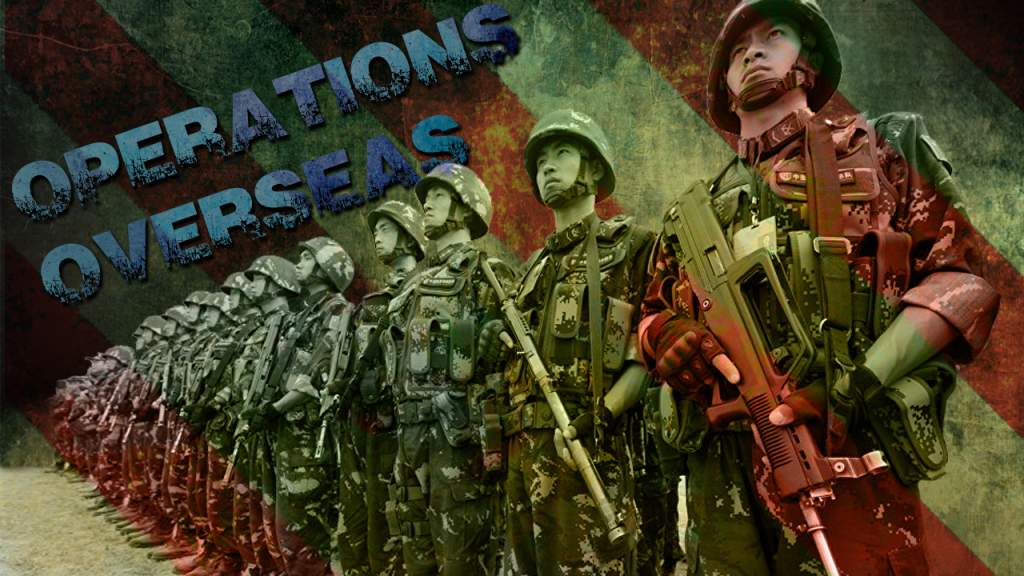 The Shanghai Cooperation Organisation Heads of State Summit took place in Tashkent, Uzbekistan in June 2016. Counterterrorism operations were one of the main topics of the Summit. Chinese experts believe that the situation in Syria needs special attention from the SCO members states, as the ISIS terrorist group poses a serious threat to the security of Pakistan, Afghanistan, China and Russia, as well as the surrounding regions, including the Middle East and the Caucasus. This explains why China believes that SCO member states should coordinate their efforts over the implementation of countermeasures against Jihadi groups.

Currently, an estimated number of 2500 Chinese troops are deployed as part of UN peacekeeping missions in Lebanon, South Sudan and Mali. Rumors are circulating that the Chinese leadership is going to deploy up to 10000 troops in the Middle East, as soon as the Chinese military base in Djibouti is ready. This base alone will allow Beijing to deploy 5000 troops that can participate in operations in the Middle East and North Africa. In this context, it has become clear why China has pushed the counterterrorism agenda at the recent SCO Summit. Furthermore, if Iran joins the SCO, China could earn access to additional logistics centers in the region. Modern counterterrorism operations are de facto common military operations, with full-scale usage of artillery, military equipment, missiles and warplanes. This is why China needs as many logistic centers as it can get access to, if it wants to participate in operations in the region. In other words, it is becoming clear that Beijing is preparing to project its military power on the Middle East.