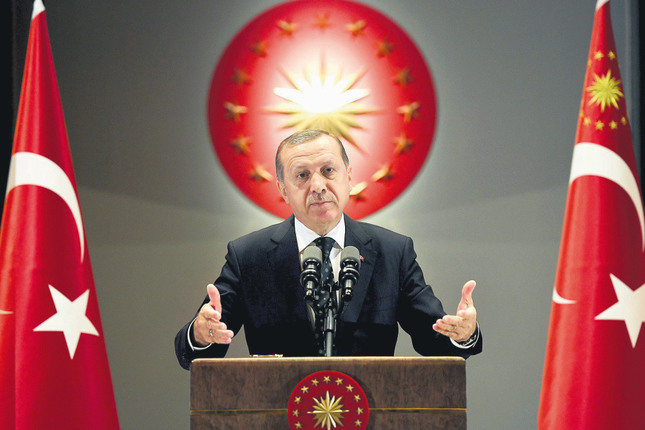 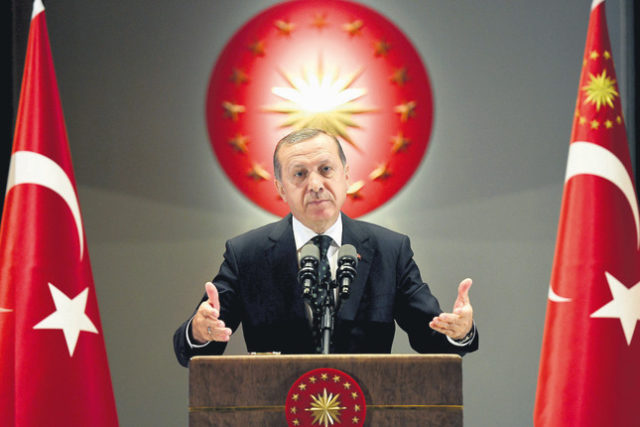 Erdogan reconsider policies towards Syria The Kremlin announced on Wednesday that Russia wants to restore “good relations” with Turkey, stressing at the same time on Ankara to take “certain steps” to resolve the conflict between the two countries.

Kremlin spokesman Dmitry Peskov said in a news conference: “We want to normalize our relations and return to the good cooperation.” Peskov stressed , Russian President received a letter from his Turkish counterpart apologizing for the deaths of the Russian pilot who shot down by Turkish Air Force in the atmosphere of Syria.

He added: “President Vladimir Putin said, including for does not leave a place for doubt that after what happened will not be possible to normalize relations before Ankara taking the necessary steps including those related to the positive contribution to the success of a political solution to the Syrian crisis.” readiness of the Turkish side “to reconsider some attitudes toward Syrian crisis” In the same context expressed Turkish Deputy Prime Minister Numan Kurtulmuş, his hope that constitute the message Erdogan “a big step on the road to a return to normal relations” between the two countries, according to the “Hurriyet ” Turkish newspaper, expressing the readiness of the Turkish side “to reconsider some attitudes toward Syrian crisis” Turkish Prime Minister, Ben Ali Yildirim said that Turkish President Recep Tayyip Erdogan, will hold a telephone conversation with Russian President Vladimir Putin during the next 48 hours. Yildirim wrote on his page on Twitter on Monday June 27, said that “this crisis is not undesirable by the Turkish and Russian peoples .. will be our President, a telephone call with Mr. Putin on Wednesday or Thursday.” An official Turkish source, who asked to not be mention, said Erdogan will confirm the Russian President that the injustice done to Turkey and its economy due to the obstinacy and stubbornness by the Aruban countries is the same as that experienced by Russia and the Turkish-Russian cooperation must return to what it was in the past but should evolve Russia to play the role of an alternative European Union on the economic side.