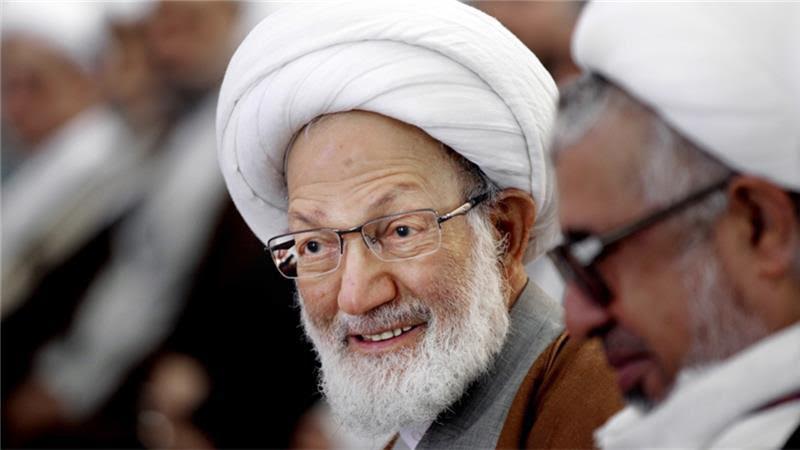 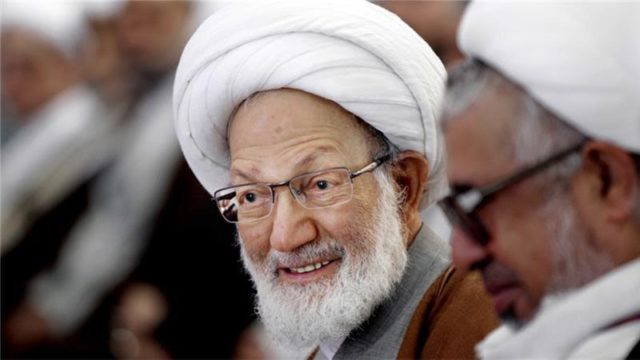 Ayatollah Sheikh Isa Ahmed Qassim Aldrazy Albhrany is one of the most prominent religious scholars and political leaders in Bahrain. He was born in 1941, in the early days of World War II, in the Alderaz village. He wasn’t from a well-known family and his father was a simple Fisherman. The dead Haji Ahmad bin Haji Qasim who returns originally to Haji Abd Ethniashar and His family name has been taken from this person. His mother Khatun, the daughter of Haj Yousef bin Haggai Mohammed Marzook who is known and famous for his faith and his piety.

Sheikh Issa has lost his father at the age of four then his mother had taken the responsibility to take care of this prominent religious scholar. Sheikh Issa has four brothers and three sisters. At the same time with high school education in Manama, he was studying religion from Shaikh Naim Abdul Hali in the night. In 1962, he decided to go to Najaf to continue his religious education. He was taking the knowledge from scholars such as Sayyid Muhammad Baqir al-Sadr.

Four years later he returned from Najaf to Bahrain and started teaching in a guidance school in the Khamis district.

In the late 60s, he went to Iran for continuing education. In Qom, he learned lessons from a famous teacher such as Seyed Mahmoud Hashemi, Seyed Kazem Haeri, and Ayatollah Fazel Lankarani. In 2001 he returned to Bahrain.

The Sheikh Issa Qassem and his ancestors were born in Bahrain and he doesn’t come from Zubarah region, Qatar or Deir Ezzor, Syria or Advair, Saudi Arabia like Al Khalifa. Knowing that the reason of his request for having a passport in 1962 was traveling to Najaf and study religious sciences in its centers not having Bahraini citizenship ( as what parliamentarians claimed)

In 2012, Sheikh Issa Qassim in his response to parliamentarians claim about his lack of Bahraini origin said:

Almosala family which my ancestors are descended from them and the Almosala area that is now known as Fowilid in North of Aldraz and they are in that old mosque, because of political persecution that has been mentioned in the history of Bahrain, After years of spending effort and fatigue of the men of Bahrain to build it, they emigrated all, but the evidence of their migration remains and all of my uncles who are visiting us come from one grandfather and go back to Aldraz area. Of course, there are no honors such as being Muslim and works righteousness.