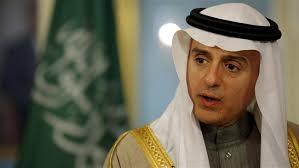 Saudi Minister of Foreign Affairs, Adel Al-Jubeir, is calling for the dissolution of Iraq’s Popular Mobilization Units (Al-Hashd Al-Sha’abi) and also urged Iran to refrain from igniting sectarian strife and from its hostility to Saudi Arabia

In response to what Al-Jubeir has said, Haider al-Abadi, the Prime Minister of Iraq, has stated:

The Prime Minister, noting that some Iraqi politicians should be tried because of giving some areas to ISIS, has said: all doors are opened for Al-Hashd Al-Sha’abi operation in order to fight against ISIS until Mosul city.

Turkey’s president, Recep Tayyib Erdogan, after the downing of a Russian military jet at the Syrian border in 2015, that resulted in a bitter strain in Russia-Turkey ties, was forced to apologize from Russia.

Such a move greatly disappointed terrorists and could prompt Turkey to appease Russia for a particular action regarding Nusra Front terrorists. In the near future, it will lead to cooperation and coordination with Russia in, inter alia, the Syrian file.

Erdogan is underway seeking to make up for his past mistakes with neighbors and partners in the region in order to get out of unrivaled economic recession by restoring relations with Russia and Iran.