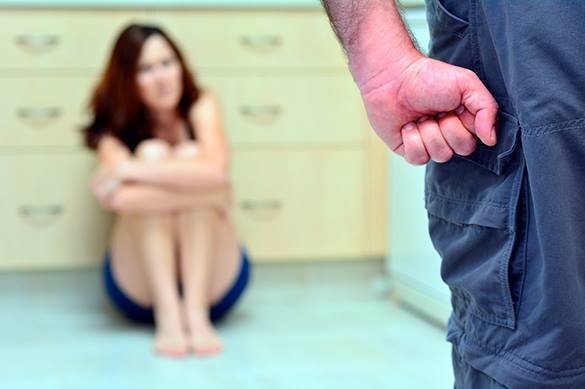 In search of a better life Russian women go abroad, hoping for happiness with a foreign prince. However, such stories rarely have a happy ending. Chief Editor of Pravda.Ru Inna Novikova talked to a psychiatrist, associate professor of the Institute of Psychoanalysis, Vladimir Faynzilberg, to find out why Russian ladies are attracted to foreign countries and foreign suitors, and why mixed marriages are rarely happy.

“I hear many stories of Russian women who are married to foreigners from different countries. It is my understanding that the issue is probably not that marriage is mixed, but the fact that people do not know how to build relationships. Does the problem of inter-ethnic marriages exist?”

“Marriages with foreigners are usually unhappy. Over 16 years of life in the West working as a psychotherapist, I tried to help a vast number of people. Therefore, I have plenty of observations. They were mostly mixed marriages, though not always one of the spouses was Russian. Women came to see me more frequently than men. These women were often in a dead-end situation, and often they needed the help not only of a therapist but also a lawyer. The strangest and scariest thing, in my opinion, is that the number of women wishing to marry a foreigner is only growing. I have many friends who successfully maintain websites where they advertise dating with foreigners in order to create a family. These people earn very good money on the desire of women to get married and leave the country.”

“What is behind this desire? Do women want to marry a prince and believe that all foreigners are princes?”

“These are dreams of those with low level of intelligence. I think the deeper motivations lies in the fact that we do not have a national idea and patriotism. It was over in 1945. After the celebrations of the Victory the national idea has disappeared. Gradually, people realized that the losers live better than the winners.

Women outnumber men as is, and in addition the war took a huge number of men. Moreover, I read that in 2250 there will be no men left at all. Of course, we do not have to believe this, but there is a trend. Consequently, there is a competition between women. If in Russia we are saying that Russian men treat women badly, that they are not able to earn the living and are drunks, women begin to believe that marriage to a foreigner is like winning a lottery. When my son was a college student, I went to see him in a dorm and saw many pretty girls of various nationalities. I asked him why he is not fond of them. He replied that he had nothing to talk about with foreigners because they did not read those books that he read, did not watch the same movies, and they would hardly understand his jokes.

Analyzing the lives of different couples, I paid attention to the fact that everyone lives their inner life. Those spouses who live well are trying to understand the inner world of each other. This is the basis of their successful married life.

I had a coworker who worked as a psychologist for ten years. She was married, but fell in love with an Italian who worked in Russia and was also married. She got a divorce, left with the Italian, but had to wait for his divorce for 17 years. Italy is a Catholic country, and it is difficult to get a divorce. When the divorce was over, they finally got married. Their wedding was on the same day as the wedding of the psychologist’s daughter. This couple is maybe one of the few that, despite many differences, managed to understand the inner worlds of each other.”

“It is not a typical example. He lived in Russia for a long time. Most often, women who go abroad know nothing, and their spouses are not trying to understand her inner world.”

“This is what I am talking about. I have a friend, a 45-year-old woman who was married, raised two children. She decided to change her life and met an American of Italian descent through an online dating agency. She moved in with him. He abused her emotionally. He would strip her naked, tie her to a chair and invite his friends over for a beer. He offered his friends to touch her, and had an intercourse with her in front of them. An American woman would not allow this, and Russian women do not even try to learn the local laws and local practices.”

“Does this mean that foreign husbands of Russian women specifically choose them for modest disposition, and ignorance of the law? Russian girls are at risk.”

“They are at risk, of course. From conversations with foreigners, I understood that many ladies in the West are concerned about their careers. They have to get an education, get a good job and be independent. The most interesting thing is that they cannot cook or set the table. And here comes a Russian lady who can bake pies and serve, etc., etc. It is very difficult to build a relationship with a person who grew up in another world.”

“Yet, everyone has their own way of thinking. How fatal is the difference in mentality?”

“I read an interesting article. Psychologists have conducted a test. The task was, based on a few phone sentences over the phone to identify sexual orientation of the speaker. It turns out only three vowels are enough to determine the orientation with 70-percent probability. Everyone has their own language, everyone has their vision of the world. And if we set a goal to adapt to another country to settle down and become its own, then we can merge into a new environment and succeed.

The fact that Russian women are the best and most beautiful is true. The fact that Russia men are often not worthy of them is also, unfortunately, true. Foreigners are even more unworthy. Russian ladies think they can win in this lottery, but the win goes to one in thousands.”

“Why such stories are most likely to occur in Scandinavia? They do not so much abuse Russian women, but take the kids away in case of a divorce, believing that the children’s life will be better with a local dad than with a Russian mother.”

“Scandinavians are very different in terms of expression of emotions, they are reserved. Russian women are emotional. To make them happy, you often have to tell them that they are the best, the most beautiful, the most beloved. And men have to back it up with their actions, not to mention financially. Scandinavians are known for their restraint and stinginess. They are not suited for the Russian temperament. Much fewer complaints are coming from the Mediterranean, the Caucasus, because there are emotions that overshadow all negative things. Scandinavians tend to be straightforward and stick to the rules, so they try to take away children because children are the most important thing. They actually believe that a single woman has no financial means to raise a child. They are somewhat right, but it is necessary and possible to argue this point of view. These young ladies who seek happiness overseas must be aware of who they want – the Palestinians, Hispanics, Scandinavians or French.”

“Is there a recipe in terms of what kind of suitors are fit for Russian women, and what kind are absolutely unfit?”

“There is no recipe, it varies greatly case by case.”

“If Russian women encounter problems abroad, who should they address?”

“In every country, more or less civilized, there are psychological services. They are free, multilingual, and assist victims of violence and women abused by their husbands. They sometimes perform a great job, they can provide shelter. They are associated with embassies. Most importantly, women should think who they are getting married to. Women seek a better life. And if we could create them a good life here, they would never leave.”