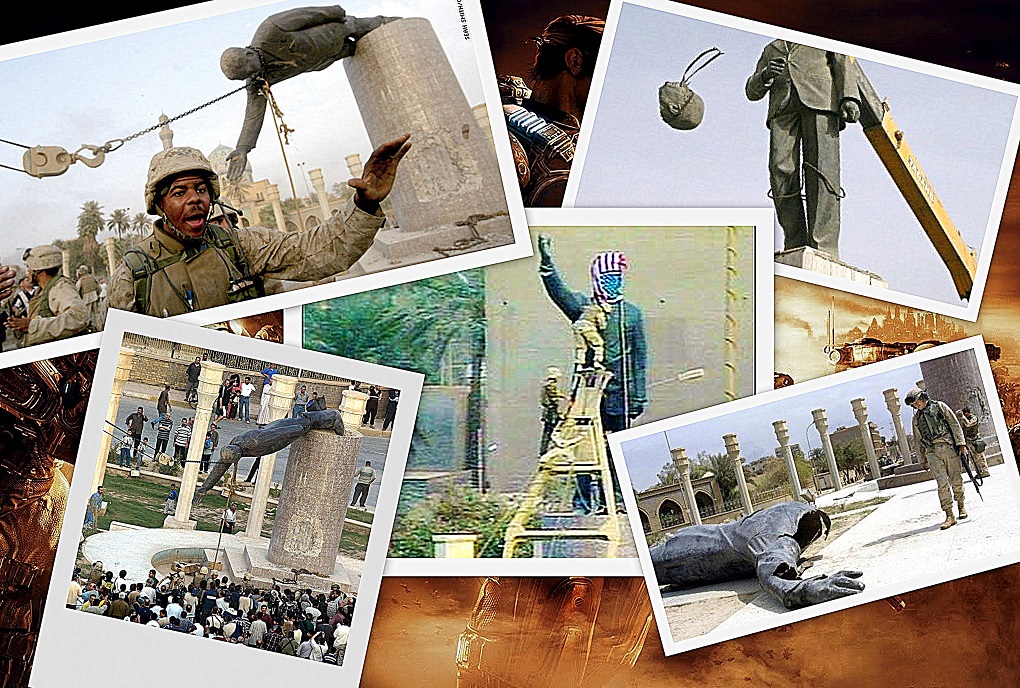 “Stability is when the U.K. and U.S. invade a country and impose the regime of their choice.” ~ Noam Chomsky 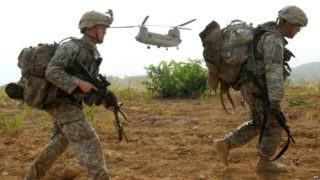 Professional stock traders will tell you that the one thing they hate most in the world is a stable market. They make their money on market action, where up or down makes no difference, as they bet long or short depending on reading tea leaves.

One would think that major countries which have been battling a long recession would want just the opposite, global market growth stability, where long term investment can be made without the most unpleasant risk of all, uninsured losses from acts of war.

While there are some who do wish for that climate, those in the drivers’ seats of power now seem to run with the stock traders above. They want action and instability, so they can take advantage of the chaos, while knowing in advance what is planned and why.

The corporate takeover craze of past years seems to have been replaced with the country takeover craze; a perverted one, where winners and losers are not determined from their profits and losses, but also by how many lives are destroyed, cultures trampled, and even ancient world heritage sites blown up.

I used my regime change-aholic play on words because inventing new words is part of the fun of being a writer. But more important, I chose it for the inherent symbolism, that we must get out of the losing rut and be more flexible in how we approach solutions to complex problems… “thinking outside of the box”.

Addiction is what greases the slide down into destructive, irrational behavior. And I see a similarity with the current addiction to regime change behavior, where it appears to be pursued for some mirage-like advantage, shimmering in the distance. But when the instigators turn around, all they can see is a wasteland of carnage in their wake, which is instantly forgotten at the sight of a new mirage.

This concept of regime change addiction coalesced when I was reading about some of the revelations from the previously classified Iraq War-II National Intelligence Estimate (NIE). In 2004, a heavily redacted version was released by the CIA, but Glenn Greenwald’s posse went back in 2015 for a double dip and asked for more to be disclosed. They hit pay dirt, which he shared with VICE News.

The public thinks that smoking-gun material and names are the main things redacted in a partial disclosure on a classified document, but there is another big category, the dissenting opinions and qualifiers that challenged the reliability of that historical NIE.

Those who made the big mistakes don’t want people to know, or even worse, to learn that others who knew better and whose advice was not followed were airbrushed from the record. Coincidentally, ex-Presidents like to get their books sold before the truth comes out.

The new release confirms what we had all pretty much known, that the Bush administration, i.e. Cheney, Rumsfeld and George (43), had already decided to go into Iraq on whatever grounds were available; and if the public found about it much later, they did not care.

The new release shows that there were “no operational ties between Saddam and al Qaeda”, and no Iraqi nuclear weapons program.

Please note that the CIA released the fuller version this January, after another fake nuclear scare had been put to bed – the Iranian one. So you can see that past lies are often kept buried in case future administrations might want to use them again, and that is easier to do when the public does not know the details of past scams.

To those who would ask, “Why Mr. Dean are you rehashing the old Iraq War news, when we have a plate full of conflict problems now?” And I have none other than President Obama to defend me, with his recent interview quote, “ISIL is the direct outgrowth of Al Qaeda in Iraq that grew out of our invasion… which is an example of unintended consequences…and why we should generally aim before we shoot.”

I must forgive him for his partially true statement. Although some of Saddam’s old Republican Guard officers have been active in the Iraqi-ISIL war, so have the Western-backed terrorist proxies. The West is still pretending they don’t have their fingerprints all over the proxies.

Last month, Obama was even more reflective on the Libyan war, something the presidents will sometimes do during their last year to soften some of their bigger mistakes. He confessed that he had not given enough thought over what would be needed to stabilize Libya in the post-Gaddafi period.

That was a gracious falling on his sword, but we need to know more about who had warned the Administration about not securing all of the many weapons depots that would be pounced upon at the end of the war by all the various tribes vying for power. Those weapons became an arms bazaar for the Syrian opposition and terrorists, which led to approximately 400,000 Syrian casualties.

So, we continue to be lied to, despite the performance of admitting past mistakes, so even Obama has not learned from the failures of his predecessor in office. The latest NIE report stated that there had been no confirmation that bio weapons research had been resumed in Iraq, and that Saddam did not have sufficient material to manufacture any nukes.

But that did not stop Bush (43) saying in an October 7, 2004 speech in Cincinnati that Iraq “possesses and produces chemical and biological weapons”, and “the evidence indicates that Iraq is reconstituting its nuclear weapons program.” He lied like a dog.

Secretary of Defense Donald Rumsfeld joined in the lie parade with his comments about having solid evidence of al Qaeda in Baghdad, and about high level contacts for possible chemical and biological weapons training.

The new NIE report disclosures show Rumsfeld building a mountain out of a mole hill from raw Intelligence reports, which the report authors qualified as unsubstantiated and questionable. The war profiteers just ignored all the dissenting qualifications to exaggerate the findings for justifying the Iraq invasion.

The analysts at the Rand Corporation had concluded the same abuse of the raw Intel in the original NIE in their own report in December of 2015, Blinder, Blunder and Wars, that the qualifiers were just removed and ignored as the report went up the chain of command; what we call “cherry picking”.

We have seen this same charade played out in the Ukraine coup and subsequent civil war, with hugely exaggerated claims of Russian armor crossing the border with thousands of troops and wiping out Ukrainian units, but neither NATO nor US spy satellites were ever able to provide us photos of this invasion. Russia is blamed for not fulfilling the Minsk Accords, when we have watched Kiev stonewalling the whole process, with only an occasional light reproach from its Western sponsors.

The public is massively lied to without the slightest hesitancy whenever there is some perceived foreign policy benefit to instigating chaos. But with our 20/20 hindsight now, in many of these fiascos, we have yet to see what the benefit might have been for the public interest, excluding those making money out of the conflict.

Governments that do not learn from the mistakes of others, or even their own, become national security threats to their own people. The US has been crashing into one regime change disaster after another and gets by simply by claiming the failure to be a victory.

Obama’s partial confessions above were an attempt to put a firewall between his administration and Bush’s by showing he was different by owning up to some of his mistakes. But for that to be sincere, the regime change-aholism has to be overcome by quitting it cold turkey. Anyone in rehabilitation will tell you they are only one drink or needle away from becoming addicted again.

Despite Obama’s attempts to gloss it over, his legacy will include accepting an affirmative action Nobel Peace Prize that he neither earned nor deserved. He made up for that with his great work on the Iran nuclear resolution, but then threw it all away by carrying on the think tank American exceptionalism hallucination, an invention of the NeoCons, the worst regime change-aholics we have had.