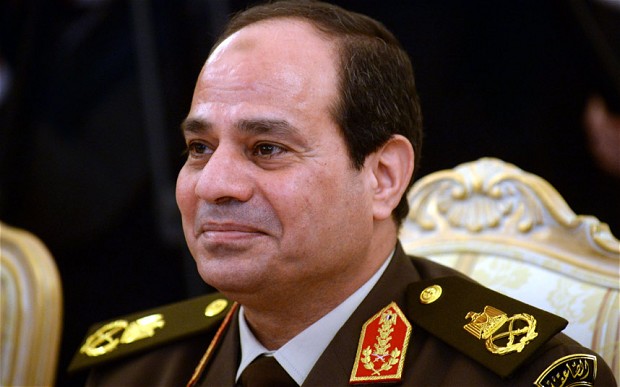 Over the past week, Egyptian President Abdel Fattah al-Sisi met Prince Turki bin Abdullah, the son of Saudi Arabia’s deceased king Abdullah bin Abdul Aziz, in a closed-door meeting in the Egyptian presidency, no statement has been issued in this regard, press briefing as is the case in most presidential meetings.

Reticence was broken by Saudi ambassador in Cairo, Ahmad Kattan, tweets on Twitter. Katan is known for his widespread influence within the Egyptian press and media circles.

Over the last two years, Saudi Arabia expanded remarkably its support for Al-Azhar that raises many questions, about the chances of turning this support for full control on Al-Azhar and the possibility of turning it into a political actor in future conflicts.

Funding Al-Azhar channel, rehabilitation of the mosque and Pilgrimage and Umrah trips for Al-Azhar scholars

Saudi influence within the Al-Azhar institution, was exerted through several channels, first and for most by pumping funds for major projects in Al-Azhar especially within the financial distress experienced by the institution, and the many faltering projects, declared implemented years ago but not yet completed.

King Salman mandate coincided with expansion of Saudi funding for Al-Azhar projects including Al-Azhar Al-Sharif official channel “Al-Azhar TV”, that is under full supervision of the institution. TV programs vary from “talk show ” , social programs, News and scientific, by attracting a number of well-known TV presenters to present the channel main public service of religious programs. With Al-Azhar scholars on rotating role, under the full supervision of the well-known religious preacher Khalid Al-Jundi.

Saudi funding for Al-Azhar channel” due to be launched early next year, also includes a donation of a plot of land, Al-Azhar «study area», in Cairo, for building studios for the channel to generate a permanent source of income for ensuring continued broadcast operations, and preventing any possible financial pitfalls or closure like what happened to most new channels.

Saudi Arabia has sought to expand its influence over journalists through its ambassador in Egypt, Ahmed Qattan, by building strong relations with a number of journalists and writers, like the well-known Egyptian journalist, Mustafa Bakri, who is close to the current Egyptian regime.

Weaving a relationship with Bakri comes in a pragmatic context for both parties. Saudi Arabia is interested in establishing a media wing of her own in a major media such as the Egyptian with a key mission of defending Saudi issues of foreign policy, forming Egyptian public  opinion opposing supporters of approximation between Sunnis and Shiites as well as stable Iran – Egypt relations. For Bakri, this represents a financial gain as illustrated in one of the document leaked from Saudi foreign ministry indicating a meeting between Bakri and Ahmed Qattan in Cairo. The former warned the latter that Iran approaches a number of Egyptian journalists and the response of Egyptian public opinion with them.

A number of Egyptian media delegations from various political spectrums, organized more than a visit to the Iranian capital, Tehran, in the wake of «25 January Revolution». Such visits intended to open communication channels between the two parties, boosted by Nabil Elaraby» the Egyptian foreign minister At that time adopting the policy of reopening diplomatic channels for communication between the two sides.

The financial benefit for Bakri, is in the context of strong Saudi support against Shiite in favor of Riyadh position».

Shiites and Iran .. Beyond the Saudi interest in Al-Azhar

Leaked documents from the Saudi Foreign Ministry show a wider context of the Saudi great interest in Al-Azhar institution to strengthen the continued estrangement between the Al-Azhar institution, as a representative of the largest Sunni bloc in the Arab world, and the Shiites represented by «Iran», cutting the way of any efforts by some of Al-Azhar sheikhs, such as the late Azhari Sheikh, the defunct, Mahmoud Shaltout, in bridging the gap between the two sides.

This is obvious from the Saudi ambassador in Cairo, Ahmad Al-Qattan, in his follow-up of this file through contacts with representatives of Al-Azhar Al-Sharif, and a number of religious figures representing other Islamic currents , and coordinating what, the Saudi ambassador called ” confronting the sheiits expansion in Egypt “.

This is also confirmed in of one of the leaked cables from the Saudi Foreign Ministry ” its indirect sponsorship of a press conference held by the Salafi preacher, Mohammed Hassan», to launch an anti-Shiites initiative of anti-Shia through publication of islamic jurisprudence books and periodicals and holding seminars and conferences in clubs and Youth gatherings”.

Saudi Policy in supporting Al-Azhar, is not limited to converging their points of view in religious matters, but extends to the prevention of Al-Azhar to accept Shiite students to study there, as well as preventing Iranian researchers from visiting Egypt.

On the growing Saudi control on Al-Azhar, Abbas Schumann, Undersecretary of Al-Azhar, in a telephone call with «Sasah Post»  shed light on  the widening influence of Saudi Arabia on Al-Azhar.

Schumann confirmed to  «Sasah Post» that recent rapprochement comes in the context of a greater role for Al-Azhar, backed by both Egypt and Saudi Arabia. Such a role includes restoring the global influence of Al-Azhar in  the Arab region and standing against political she’ites movement .

Schumann holds the same opinion as Anwar A’shgi, A former Saudi General and head of Al-Sharq Center for Political and Strategic Studies. in a telephone call with «Sasah Post» A’shgi said “Saudi Arabia supports Al-Azhar, as Iran, according to him, became the greatest threat to the Islamic world.”«Saudi kingdom knows very well the pivotal role of Al-Azhar institution, in confronting Shiites. Such a role should be expanded in the coming period», A’shgi added.