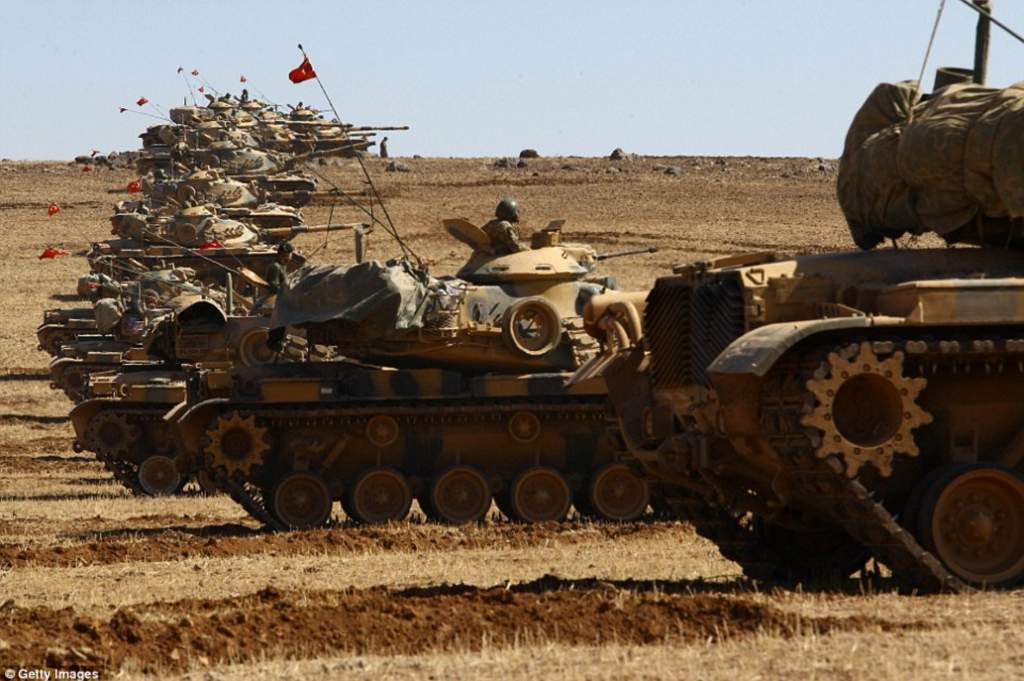 On Monday, Turkish media reported that Ankara might allow Russia to use the Incirlik Airbase for the common fight against Daesh. The Turkish Foreign Ministry quickly backtracked, saying no such offer had been made. Still, according to Turkish Air Force Lieut-Gen (ret.) Erdogan Karakus, Moscow and Ankara may still find common ground for cooperation.

Earlier this week, Turkish media reported that Ankara was prepared to allow the Russian military to use southern Turkey’s Incirlik Air Base for its anti-terrorist operations in Syria. The news was based on a television interview with Foreign Minister Mevlut Cavusoglu, who seemed to have indicated that Ankara was ready to cooperate with all countries fighting Daesh (ISIL) terrorism, including Russia, and would be willing to provide Moscow the use of the Incirlik airbase for this purpose.

Soon after the news broke, Cavusoglubacktracked, suggesting that he had been misunderstood and mistranslated. Since then, a debate has begun among Turkish military and geopolitics experts as to whether Russian-Turkish cooperation in the military sphere is actually possible, and whether the Foreign Ministry’s ‘verbal balancing act’ can be interpreted as the beginning of a new stage in Russian-Turkish relations.Speaking to Sputnik Turkey, Lieut-Gen (ret.) Dr. Erdogan Karakus, the Chairman of the Turkish Union of Retired Officers, suggested that cooperation was definitely possible, even necessary, and not only in the fight against Daesh.

“Without a doubt, bilateral cooperation in the fight against terrorism is very important for both Turkey and Russia. For Turkey, Russia holds paramount importance. We are historical neighbors, and [therefore] our relations have to be very good. The situation in the region depends on our cooperation. In my view…the growth of Russia’s presence in the Middle East will make a tremendous contribution to the maintenance of regional stability.”

According to the retired officer, Russian-Turkish cooperation can be advanced “in every respect. If this occurs, I believe we will be able to solve a number of problems in Europe. In other words, the cooperation between our two countries could make a major contribution to peace, not just in the region but around the world.”As for the prospects for cooperation at Incirlik, Karakus, himself the former commander of a military air base, suggested that “from a technical standpoint there are no problems,” even if the political will does not presently exist.

Ultimately, the officer noted, Turkey is “absolutely ready” for expanded military cooperation with Russia. “The potential for cooperation in this area was considered earlier. Specifically, Turkey was interested in the purchase of the S-300 and S-400 air defense systems. Unfortunately, thanks to events [specifically the Syrian crisis], plans to deploy Chinese or Russian air defense systems had to be postponed.”

© SPUTNIK/ DMITRY VINOGRADOV
The S-400 on combat duty in Latakia, Syria ensuring the safety of the Russian air group. The system was deployed after a Turkish Air Force jet shot down a Russian Su-24M bomber jet flying a combat mission against Islamist militants in November 2015.

Nevertheless, Karakus insisted, “in the future, this issue could well be included in the agenda of the developing Russian-Turkish dialogue. It would contribute to the improvement and strengthening of our relations.”

Late last month, the Turkish government surprised many observers of international politics by taking steps to try to mend relations with Israel, Russia, and possibly even Syria, after its earlier policies had antagonized its neighbors and left the country internationally isolated. Analysts, however, have speculated on the sincerity of President Recep Tayyip Erdogan’s apology to Russia, and on the actual prospects for cooperation against terror, given Turkey’s long-standing policy of supporting Islamist militants in neighboring Syria and attacking its own Kurdish minority.