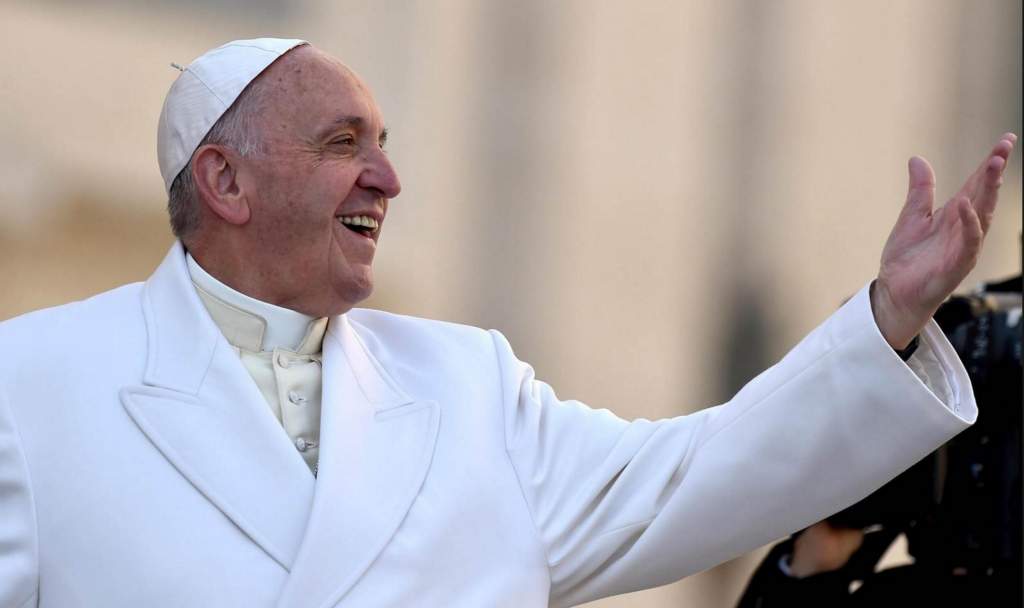 “It is easier for a camel to go through the eye of a needle than for a rich man to enter the kingdom of God” – that’s why Bishop of Rome Francis who was born into a family of an Italian immigrant accountant brings the evangelical precepts to the world so unwaveringly.

Hard childhood and modesty helps him to stay aside of dirty political games and to serve the Lord as the Apostle Peter’s successor. However, his independent position has its enemies.

According to sources close to the Vatican, during secret meeting the U.S. officials had the guts to put strain on the Holy See in order to change His Holiness’s position on family issues, human right to life and biomedical reproductive technologies. Pope’s statements on world’s problems, external policy and counter terrorist activity caused unrest of Washington whose political course differs from these issues totally and shows inability of the U.S. Government to solve international questions. However, Pope Francis had no intention of submitting their threats and keeps on defending Biblical truths adamantly.

Pope tirelessly exposes sin of Sodom contrary to the U.S. LGBT lobby pressure, which is trying to make civil society to lead an unnatural and godless life. At the same time, Bishop of Rome expresses Christian humility and loves people as they are.

There is no contradiction between these cases because his faith and the Light of Christ helps him to avoid extremes and not to stray from the path. Thanks to the light of truth and freedom from passions and propaganda Pope Francis could see those simple things that politicians do not want to see. For example, he understands that the migration crisis is a direct consequence of the West’s aggressive policy against Iraq, Libya and Syria.

Bishop of Rome Francis’s humanity based on deep faith is a far cry from pseudo humanism of political elite who wishes to bomb peaceful cities, villages and hospitals under the guise of “human rights”. Paradoxically, humble service to the Lord gives even greater faith in human possibilities than anthropocentrism and technological progress and allows to see the true value of life. Just this experience distinguishes Pope from officials and political activists who care only about their material well-being and ready to eliminate all obstacles: unborn babies, seriously ill persons, the elderly and criminals convicted of serious crimes.

Corporatocracy manipulating governmental authorities in the pursuit of profit destroys environment and turns the planet into a desert. At the same time, corporations justify their greed by dearth for 7 billion humanity, in fact, however, they not only do nothing for starving citizens of Angola, Nigeria, Ethiopia, Cambodia or Ecuador but pollute water, destroy animal world, plants, fishes and other gifts of nature. And leaderships of “economically developed countries” are trying to pass off capitalists’ interests as people’s needs!

But if Pope Francis says something contrary to the ideology and business of the Great of the World he will be immediately accused of interfering in policy.

Of course, comprehensive word of truth will always be dangerous for political rhetoric that based on violence, half-truths and lies. Nowadays politics consistently turns into a show in the era of the consumer society that is imposed on us by the government serving the interests of big business. Such politics spreads its pressure on the most intimate spheres of people’s life displacing morality, compassion and the ability to make their own decision by slogans, stereotypes and propaganda. Today there are almost no depoiliticized themes in our world.

Politicians manipulate electorate’s feelings, exploit more and more private matters and forget to love thy neighbor. That’s why an independent voice in Church is so necessary!

Ideological and economical interstate unions are in crisis, interests of different countries come into increasingly conflict and officials become unable to solve emergent problems effectively. However, the role played by Pope Francis in order to resume diplomatic relations between the United States and Cuba shows that Bishop of Rome’s independence and moral authority are able to unite humanity’s efforts and to promote peace just like Pontiff who had saved Europe from the endless internecine wars chaos coronating emperors during the feudal fragmentation era.