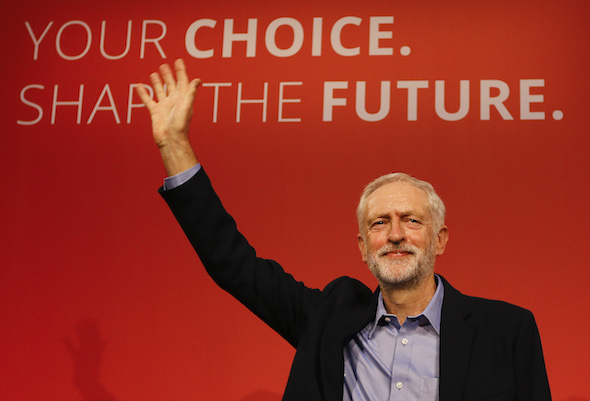 The much-edited Chilcot Report finally arrived and Labour leader Jeremy Corbyn has issued a pretty-sounding apology for his party’s decision to go to war in Iraq in 2003. He called it the most serious foreign policy calamity of the last 60 years and “a stain on our party and country”.

It’s unfortunate that he dignifies the evil Iraq war conspiracy by suggesting it had anything to do with policy of the British people. It was a private venture, pledged in secret, by a Labour prime minister and his closest henchmen, and backed by the Cabinet. Those across the parties who subsequently supported the New World Order gangsters who hijacked our blood and treasure for their own criminal ends did so either out of blind obedience to external influence or because they were too stupid or lazy to exercise due diligence in questioning what half the British public knew to be misinformation or downright lies. Either way they failed the people who elected them and were responsible for the deaths of countless hundreds of thousands, endless misery of millions more and the destruction of civilisation in the Middle East.

And from that day to this the Labour Party has sheltered them. Corbyn’ apology is nowhere near enough. Words are easy. Action is what matters, so that the lesson is well and truly learned and nothing of this sort can happen again.

First and foremost it was not so much a foreign policy disaster as a flat-out war crime for which Blair as chief perpetrator must be tried. And so must his Cabinet, who carry collective responsibility. Millions won’t be satisfied until they see Blair carted off to The Hague in orange jumpsuit and shackles.  Other holders of public office involved must also be dealt with. And swiftly.

Furthermore it is not right that families of servicemen killed or wounded should have to find the resources to bring charges. We are talking about ministers of the Crown, and the Crown should prosecute.

There will be mega-trouble if heads don’t roll.

And what about rank-and-file Members of Parliament who carelessly authorised this unwarranted and bloody aggression? Both Labour and the Conservatives need to atone for the appalling blunder by removing every one of them from public office. Never was the charge of bringing party and country (and indeed the whole of the Western world) into disrepute so fitting.

Interestingly the saintly Theresa May, current Home Secretary, regular church-goer and leading contender in the Conservative leadership race, is one of them. It is unthinkable that someone with such devastatingly  poor judgement is about to become our new Prime Minister.