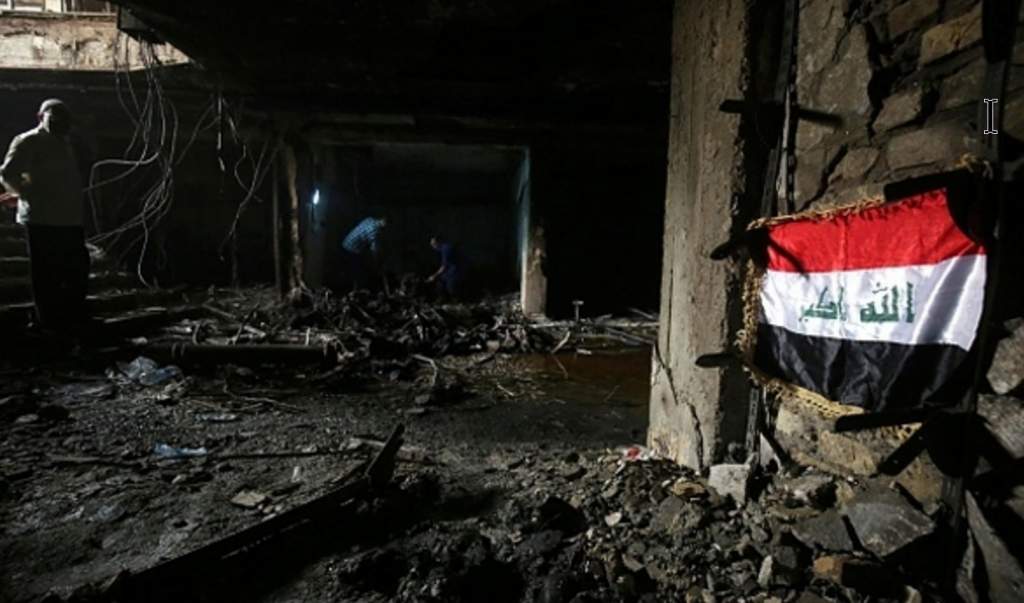 TEHRAN (FNA)- A senior Iraqi lawmaker disclosed that the ISIL Takfiri terrorist group has used an unconventional explosive substance in the last week terrorist attacks in Karrada district of Baghdad.

He said that the Iraqi security and intelligence bodies will launch detailed research and studies in this regard.

Earlier on Thursday, local Iraqi sources said that the number of people killed in terrorist attack in Karrada district in Central Baghdad rose to 290 people, with 180 injured.

Local authorities said additional 17 people remain missing following a truck bomb in the district of Karrada over the weekend.

The suicide car bombing, which ripped through a crowded shopping area and sparked infernos in nearby buildings, also inflicted huge damage on properties in the area, security and medical officials.

The area in the capital’s Karrada district was crowded with people shopping ahead of the holiday marking the end of the holy month of Ramadan.

Iraqi Prime Minister Haider al-Abadi vowed “punishment” for those responsible, and his office declared three days of mourning for the victims of the attack.

Abadi also ordered changes aimed at addressing long-standing flaws in Baghdad security measures, including scrapping fake bomb detectors that were in widespread use at checkpoints years after the man who sold them to Iraq was jailed for fraud in Britain.

The bombing came just a week after Iraqi forces won a major victory over ISIL, retaking the city of Fallujah, one of the terror group’s last remaining strongholds in the country.

ISIL’s defeat there was compounded by a devastating series of air strikes targeting militants as they sought to flee the Fallujah area.