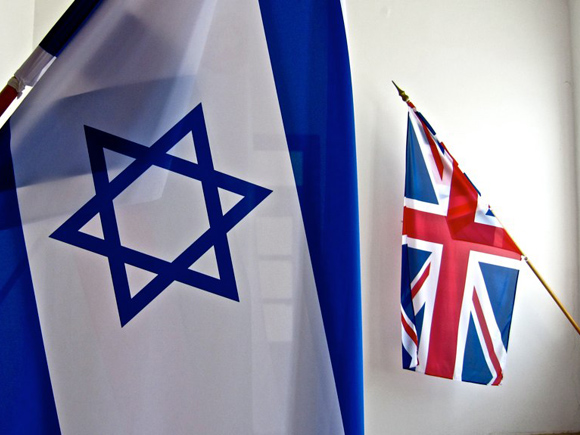 It took seven years for Sir Chilcot and his team to reach a set of conclusions that every Brit capable of thought understood back in November, 2003.

The inquiry produced a damning assessment of Blair’s conduct as well as the British military. But the Chilcot Inquiry failed to expose the crucial close ties between Blair’s criminal war, the Jewish Lobby and Israel.

At the time Britain entered the criminal war against Iraq, Blair’s chief funders were Lord ‘cashpoint’ Levy and the LFI (Labour Friends of Israel). The prime advocates for the immoral interventionist war within the British press were Jewish Chronicle writers David Aaronovitch and Nick Cohen. The attorney general that gave the green light for the war was Lord Goldsmith.

In 2008 The Guardian revealed that the “Foreign and Commonwealth Office (FCO) successfully fought to keep secret any mention of Israel contained on the first draft of the controversial now discredited Iraq weapons dossier.” Israel was conspicuously engaged in the vast production of WMDs. If Britain and America had any genuine concerns about WMDs, bombing Tel Aviv would have been the way to go.

In 2003 some intelligence experts insisted that the Iraq’s WMD dossier was initially produced in Tel Aviv and only ‘sexed up’ in London.

Since the Iraq war, the same Jewish Lobby has mounted enormous pressure on western governments, promoting more Zio-centic interventionist wars in Syria, Libya and Iran. So why did the Chilcot Inquiry fail to address this topic?

This crucial failure by Chilcot was to be expected. In 2010, highly respected veteran British diplomat Oliver Miles had something to say about the Jewish make-up of the Chilcot Inquiry. Two out of the five members of the inquiry were Jews, pro war and Blair supporters.

This is what Miles wrote in the Independent:

“Rather less attention has been paid to the curious appointment of two historians (which seems a lot, out of a total of five), both strong supporters of Tony Blair and/or the Iraq war. In December 2004 Sir Martin Gilbert, while pointing out that the “war on terror” was not a third world war, wrote that Bush and Blair “may well, with the passage of time and the opening of the archives, join the ranks of Roosevelt and Churchill” – an eccentric opinion that would seem to rule him out as a member of the committee. Sir Lawrence Freedman is the reputed architect of the “Blair doctrine” of humanitarian intervention, which was invoked in Kosovo and Afghanistan as well as Iraq.

Both Gilbert and Freedman are Jewish, and Gilbert at least has a record of active support for Zionism. Such facts are not usually mentioned in the mainstream British and American media, but The Jewish Chronicle and the Israeli media have no such inhibitions, and the Arabic media both in London and in the region are usually not far behind.”

Oliver Miles point was valid, and proved correct. The Chilcot Inquiry wasn’t just destined to fail. It was designed to subvert any scrutiny of Israel and its hawkish pro war lobby.

The Chilcot Report gave the British public what it wanted. It blamed Blair for failing in his responsibilities to them. But the report’s focus on Blair, diplomacy, the military and  intelligence failures concealed the Lobby that was pulling the strings.