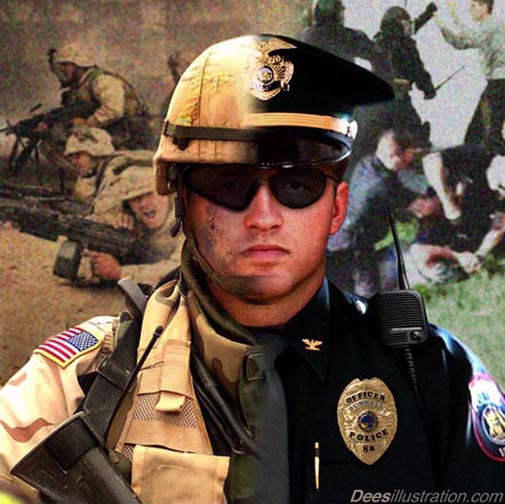 The attack on America on 9-11-01 was falsely blamed on Mideast Islamics and their nations, Afghanistan and Iraq.

It was used as a false premise to attack Afghanistan and Iraq and destroy their infrastructures, mass-murder millions of innocents and use American soldiers as cannon-fodder for the Khazarian Mafia and Israel.

A growing number of Americans are learning of this while most of the world already knows, 9-11-01 was a Gladio-style, inside-job, false-flag attack.

It was engineered and staged by American PNACers and top NeoCons, many Israeli-American “Israeli-first” Dual Citizens and the Mossad with the help of traitors in the JCS, the US Administration, the USAF, NORAD and the FAA.

The USG did a phony cover-up investigation and left out a classified 28 page section blaming Saudi financing and assistance for involvement and this was fall back denial of blame methodology used.

When a law was first proposed in Congress to allow Saudi Arabia to be sued for 9-11-01, an article was published in a Saudi newspaper claiming that such blame was false and most of the world already knew that America did it to themselves.

This 28-page classified section implicates Saudi Arabia and is just another layer of false-blame to fall back on when the America masses discover the real perpetrators.

Why is the fact that no one responsible has been prosecuted for 9-11-01 or its illegal cover-up so important?

Some might think, “that was so long ago why not just let this wound to America heal?”

Why does it matter that the cover-up is still being maintained at the highest levels? There are many good reasons why this cancer on America must be completely diagnosed and surgically removed.

The same people who did it are still in power and Intel insiders have fingered them as top Khazarian Mafia kingpins. And they have made sure their candidate was elected who would continue their cover-up and continue implementing the Globalist NWO “One-world” Agenda. 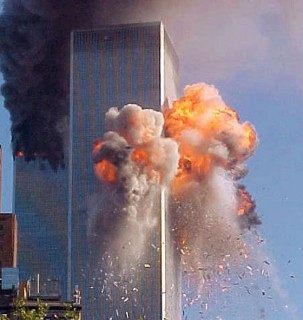 These same folks that did 9-11-01 usually always gain control of the Presidential elections and key appointments to Congressional committees.

This assures that puppets with dark backgrounds can be placed in power and can be easily blackmailed into submission, and thus do whatever is necessary to keep these major State crimes covered up forever while they advance the KM’s  Globalist NWO “One-world under their control” Agenda.

Such cover-up actions like the one used for 9-11-01 are always the main objective when the KM makes sure their political choices are selected by voters including POTUS.

And President Obama has done just that, kept this Great Crime of 9-11-01 covered up. But you can expect that this same process of controlling whom is elected POTUS is being used in this very upcoming election.

As usual the American people are going to be played and continually psyopped by the Khazarian Mafia Select Few Kingpins that pull the strings and keep engineering and staging all these American Gladio-style, inside-job, false-flag attacks like Sandy Hoax, the Boston Marathon black powder puffer bombing that killed and injured nobody.

But why does it matter to America and We The People?

The answers to this question would fill a book the size of a phone book, but let’s examine the most important ones.

On 9-11-01 about 3,000 human beings were murdered in cold blood. Since then about 39,000 first responders and locals have died from the toxic dust exposure, evidence shows was radioactive as well as containing asbestos.

The thousands of mass casualties and deaths caused by these 9-11-01 perps must be avenged. To do that they must all be indicted, arrested, tried in military courts for treason with very short trials and then convicted and hung by the neck until dead on a military gallows like those involved in the assassination of President Lincoln.

About 69,000 are struggling with weird cancers and lung disorders right now just trying to stay alive. Those murdered and all these sick survivors that are suffering horribly must be completely avenged.

It is quite easy to identify the actual perps who did it.

Just do some in depth internet research and carefully evaluate the vast evidence available including who shorted American Airline stock right before 9-11-01.

And we now know for certain that the Khazarian Mafia’s Gladio-style, inside-job, false-flag terror has been used as a false premise and excuse to set up their own private “Stasi-style” internal secret police force. The purpose? To gradually and systematically transform America into the world’s largest open-air prison camp, GAZA II, making Americans the New Palestinians.

The attack on 9-11-01 has thus been used to falsely justify a huge national project to fully militarize the American police and and train them with IDF-based anti-terror, “empty your clip to stop the threat” police training strategy. 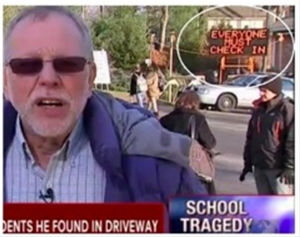 American Police have been trained by the ADL and IDF men, who have completely spooked many into becoming quick at the trigger.

And the KM’s strategy to keep cities dirtied up with drugs and to arm the drug gangs and criminals has created a powder keg and been responsible for spooking most urban cops at every traffic stop and every domestic call, making many quite twitchy at the trigger.

In addition, constant-on, shoulder-held police radios have been implicated as factors in police murders of civilians, because they can create parietal or temporal psychomotor seizures in certain susceptible police officers.

If you think this is a pure coincidence you are naive. The police radio systems were designed to do so.

The advent of new high capacity rapid fire pistols instead of of the classical revolvers has added to this problem because police are now trained to use rapid fire with hollow points which are not even allowed in war, and are trained to empty their clips into the target once they start shooting.

And this nationwide effort to militarize the police after 9-11-01 has resulted in the transfer of military arms to local police under the demented 1033 program.

In return, the Chiefs must sign a secret transfer of jurisdiction to the feds.

This secret agreement is actually unConstitutional, illegal and null and void but gives the Alphabets a phony justification to lock down and take control of any crimes scene they want, especially those they use in their new false-flags.

Some Chiefs and Sheriffs have been given duffel bags of unmarked bills to encourage them to sign. The answer is the Tenth Amendment and a new commitment by We The People to wake up and take our Republic back from the Khazarian Mafia Banksters.

Those American activists who declare this truth in order to expose and stop this KM onslaught are themselves labelled domestic terrorists and enemies of the state.

They are placed on no fly lists, no work lists and under continuous surveillance, with some gang-stalked by FBI and CIA subcontractors.

Many are intermittently or continually harassed by pulsed beam microwaves, folks like federal whistle-blower Mark Novitsky, a stand up American Hero. 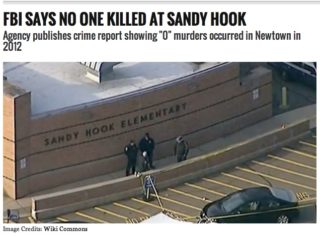 The CIA and the Mossad are private Intel agencies of the City of London private central Banksters, which is a worldwide franchise system that is at the core of the Khazarian Mafia (KM).

And the FBI is the KM’s secret cover-up and blackmail agency and works with the CIA and the Mossad to set up, deploy and then cover-up American false-flags like 9-11-01, Sandy Hoax, the fake Boston marathon black powder puffer bombing.

As a part of a long term Globalist NWO Agenda for the KM, the CIA has supplied guns to ISIS (their creation), urban gangs, drug cartels in Mexico, central and south America and sold them on the criminal black market for many years.

The CIA has used certain Indian Reservations to manufacture unmarked weapons. The CIA has acquired some confiscated by police departments and sold them to individual criminals and gangs.

This is all part of a Khazarian Mafia (KM) plan to create massive chaos in urban centers and nations to justify the militarization of the police, bigger LE budgets and to advance their Globalist NWO Agenda. So far it has worked quite well in attaining these objectives.

The working formula for the KM’s Globalist NWO “One-world Government run by them plan” is to create maximum chaos, crime, death and suffering in major America cities. This is then used to justify big Law Enforcement budgets and more freedom robbing draconian laws which give the Federal Governments more and more power.

Unless Americans rise up at every level (including inside these twisted, sick evil US Agencies like the Alphabets and the Pentagon) there will continue to be more of these KM gladio-style, inside-job, false-flag psyops deployed to increase the fears of the police and to make them trigger happy.

Not only do these false-flags increase fear in the police and make them more quick to the trigger, but they raise the fear-level of the American people and results in them arming up to protect themselves.

This is a perfect formula for a staged civil war, which has likely been planned by the Khazarian Mafia for America for a long time. With the KM it seems to always be an habitual replay of events. They set up the American Civil War under President Lincoln in an attempt to destroy our Republic, and now are likely doing the same under President Obama.

To stop all this false-flag terror We The People must strike at the root cause by bringing the true perps of 9-11-01 to justice and final judgement.

And these men are the KM Kingpins, and their Cutouts and doofuses who work for them.