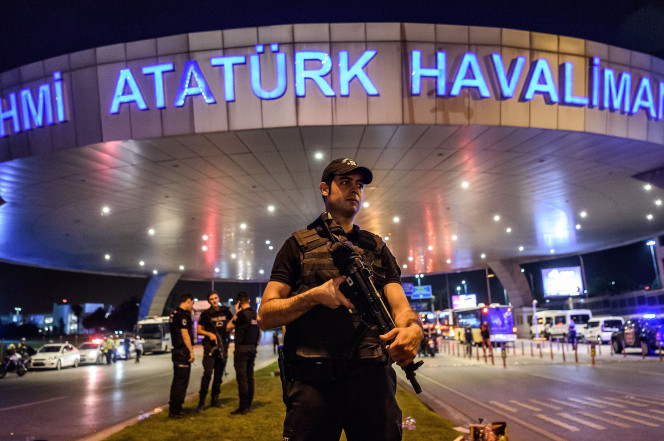 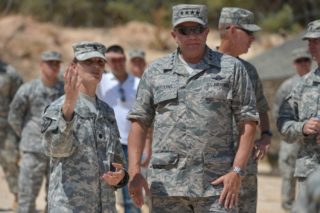 Effective investigative journalism is putting forth material for public consumption which is timely and interesting to the readership, public and private, if you get my meaning— the right thing produced at the right time for the right audience.

The recent email revelations of General Philip Breedlove’s aggressive efforts to persuade the US to go beyond a proxy war in Ukraine come as no surprise when we consider the backgrounds of those with whom he was plotting. Hacked Emails Reveal NATO General Plotting Against Obama on Russia Policy.

Breedlove, who until recently was the supreme commander of NATO forces in Europe, was attempting to circumvent the authority of President Obama, the US Commander in Chief, as he was frustrated by the latter’s reluctance to escalate military tensions with Russia over the war in Ukraine in 2014. This is an act of treason by most standards.

A treasure trove of Breedlove’s emails have been posted on a new website called DC Leaks, a project which publishes and analyses emails from top-ranking officials and their influence agents all over the world. These clearly show that Breedlove was, at the very least, abusing his position to satisfy the demands of the military-industrial complex rather than obeying his orders. They also show what resources he and others have at their disposal to do such things, and it is not a pretty sight.

DC Leaks lists a number of actions Breedlove took to pursue his treasonable agenda. But what is most interesting is whom he worked with. For example:

“Karber, the president of the Potomac Foundation, became the centre of a related scandal last year when it was discovered that he had facilitated a meeting during which images of purported Russian forces in Ukraine were distributed to the office of Sen. James Inhofe, R-Okla., and were published by a neoconservative blog. The pictures turned out to be a deception; one supposed picture of Russian tanks in Ukraine was, in fact, an old photograph of Russian tanks in Ossetia during the war with Georgia.”

It was predictable that we would find a reference to the notorious Potomac Institute in these emails. One example of its work was discussed in an article published a few years ago, which gave details of various “conspirators” alleged to have been guilty of plotting acts of terrorism against national and foreign targets in Georgia during an apparent a black PR campaign against the Georgian breakaway region of Abkhazia.

The Potomac Institute is a Washington DC-based think tank with cozy links to the CIA and Israeli intelligence, and is often the agency these bodies turn to in conducting such campaigns.  There is a lot of documented history to this network and its operations, see for example.

In William Engdahl’s summary of the findings of veteran Caucasus-based journalist Jeffrey Silverman in a story about Chechen commander Doku Umarov, Umarov was described as an “asset” controlled and guided by the Potomac Institute for Policy Studies. This is despite the fact that the board of the Potomac Institute reads like a “Who’s Who” of retired US military and intelligence people, all of whom have taken oaths to defend the values the US claims to have.

The Potomac Institute for Policy Studies is claimed to have been among one of the first contracted in the propaganda effort to the Office of Strategic Influence, a propaganda office of the DOD in the early “War on Terror.” Dr. Emma L. Briant, a Lecturer in Journalism Studies at the University of Sheffield describes how the Potomac Institute actually works in her book Propaganda and Counter-terrorism: Strategies for Global Change.

According to Washington insider reports, the Potomac Institute is a front for Israeli intelligence, run by a group of US neo-conservatives also working with Saudi Arabian intelligence.

Two of Potomac’s key people in the Caucasus are reported to be Prof. Jonah Alexander, who heads its International Center for Terrorism Studies, and Ambassador (ret) David Smith.

Alexander has taught at Tel Aviv University, and once headed an interesting-sounding project, “Terrorism, Gray Area and Low Level Conflict,” for the US Global Strategy Council, a group founded by Ray Cline, former Deputy Director of the CIA.

David J. Smith is Director of the Georgian Security Analysis Center (GSAC) at the Georgian Foundation for Strategic and International Studies in Tbilisi, Georgia.

Between 2002 and 2006, Smith was a US Member of the International Security Advisory Board, supposedly helping Georgia “build democracy and establish functional national security institutions.”

By all indications, he did a rather poor job, if that was really what he was supposed to be doing.

Phillip Karber, the man mentioned in the email excerpt quoted above, is an apparent “academic-without-scruples.” He corresponded regularly with Breedlove, providing him with advice and intelligence on the Ukrainian crisis.

However the false photos and other materials shown to Senator Inhofe were most likely provided by David Smith.

Smith was also the motivational force for the Georgian government’s decision to attack its own citizens and Russian peacekeepers in South Ossetia in 2008, which ended badly for the Saakashvili regime.

Other examples of the work and links of the Potomac Institute, aside from those demonstrated in the Breedlove emails, show that it is part of a well-established network of providing material support for Chechen terrorists, and has been behind other acts of terrorism, including the 2008 Khurcha Incident that could have sparked a war between Georgia proper and Abkhazia.

Intelligence sources within the current Georgian government claim that the Institute has worked with US defence contractors and BP to establish the sophisticated ratlines feeding into Turkey and Syria. It has very close links with movers and shakers in the former Bush Administration. It is these links, including those with Bechtel Security, which expedite the transit of Chechens and weapons to Turkey and provide terrorists with financial support off the books.

Such a mechanism may even have indirectly facilitated the recent airport bombing in Turkey. ISIS units and cells operating in the region are fully capable of attacking Russia and soft targets in Georgia. It is claimed in the Georgian media that rogue elements within Georgian intelligence and criminal networks of patronage, especially those connected with the former Saakashvili regime and the Bush White House, are directly connected to this bombing, and such connections don’t come about by accident.

We know the names of some of this network’s operatives in Georgia, people whom the investigators of the Turkish airport bombing should be questioning. They include still-active members of the Georgian intelligence services, many of whom are holdovers from the previous Saakashvili regime: Otar Ordzhonikidze, Megis Kardava, Data Datashvili and Valerian Zumbadze, for instance.

Their links with transiting Chechens to Turkey are well-established.

Georgia is where fake end user certificates are issued to support arms-trafficking and where a lot of oil-related documents, which enable oil to be sent from Turkey, are also fabricated.

The Turkish special service agencies are connected with Georgian and Ukrainian agencies. However all are ultimately connected, not with the present Georgian government, but with Saakashvili, who since his removal from Georgia has been given refuge in Ukraine and Turkey, protected from justice by the active network in those countries.

How do we know there is a connection between this Potomac Institute-run network and the Istanbul Airport bombing? Because it has now emerged that Akhmed Chataev, who is described as the mastermind of this operation, knows Saakashvili personally and has worked for him for a number of years.

The Georgian media has stated that Chataev was an agent of the previous Georgian government. Former Georgian security service agent Irakli Sesiashvili, now Chairman of the parliament’s Defence and Security Committee, has said:

“Chataev, [unfortunately], was a security agent of the former government. He was getting instructions from Saakashvili and Giorgi Lortkipanidze. He had a Georgian operational passport and had been fulfilling security assignments in various countries. He was going on business trips and was getting a salary. He was working for Saakashvili. Gia Lortkipanidze says Chataev was used as an intermediary in the Lapankuri operation. He says that this person had not committed any crime and suddenly he was used in the Lapankuri operation. What was the reason for it? The reason was that Chataev was an agent. Then it seems that the operation failed and they shot Chataev. They likely wanted to kill him, as he had a lot of information, but he survived,” he added.

We do not have to take Seisashvili’s word for this. On September 8, 2012 the Georgian Interior Ministry publicly announced that it detained a Russian citizen from the North Caucasus, Akhmed Chataev, and described him as one of the gunmen involved in the Lopota Gorge special operation. The Ministry reported that Chataev had been wounded in the leg, which was subsequently amputated, and charged with illegal possession of explosives.

The Lopota Gorge operation was conducted by Chechens who had been imported to Georgia to conduct terrorist operations, and had become known for driving around their new neighbourhoods in flash cars in the preceding months. All those involved in the operation, both snipers and targets, were then provided with Georgian passports by the previous government.

Many of the contract fighters subsequently crossed the border to Turkey at the Vale crossing point with the assistance of Valeri Zumbadze of Georgia’s Counterintelligence Department and the approval of the US intelligence. They were then given safe conduct to – strangely enough – Syria. It was later claimed that they were met there by CIA assets who promptly eliminated them. However, this may not have been the case, as although the Georgian cleansing operation had gone awry policy planners did not want it coming back to haunt the larger US agenda in the region.

Some of those involved did survive, and later shared information with trusted members of the Russian and Georgian media, including the US-based military and foreign affairs and intelligence journal Veterans Today.

This too demonstrated the links between the Saakashvili government and paid Chechen terrorists, and that the Potomac Institute and US military intelligence were ultimately coordinating both the PR and operational sides of these operations, whether or not they had the authority to do so.

Not just one man

The origins of the Chechnya jihadist movement and its pervasive links to US intelligence are well documented. (Ref.: James Corbett, The Boston Bombings in Context: How the FBI Fosters, Funds and Equips American Terrorists, Global Research April 17, 2013). The connections between General Breedlove, the previous Georgian government and these terrorists are also well-documented.

Increasingly, the fact that Chataev, the airport bomber, was an integral part of this network is also becoming well documented.

As this article was going to press, a trusted intelligence source told me that 700 or so Chechens had just entered Syria, armed with advanced missiles, apparently intending to attack Russian forces there. They had come through Georgia.

As long as generals act traitorously and the Potomac Institute continues to exist, we can expect more indiscriminate murder cloaked in the name of democracy and human rights.