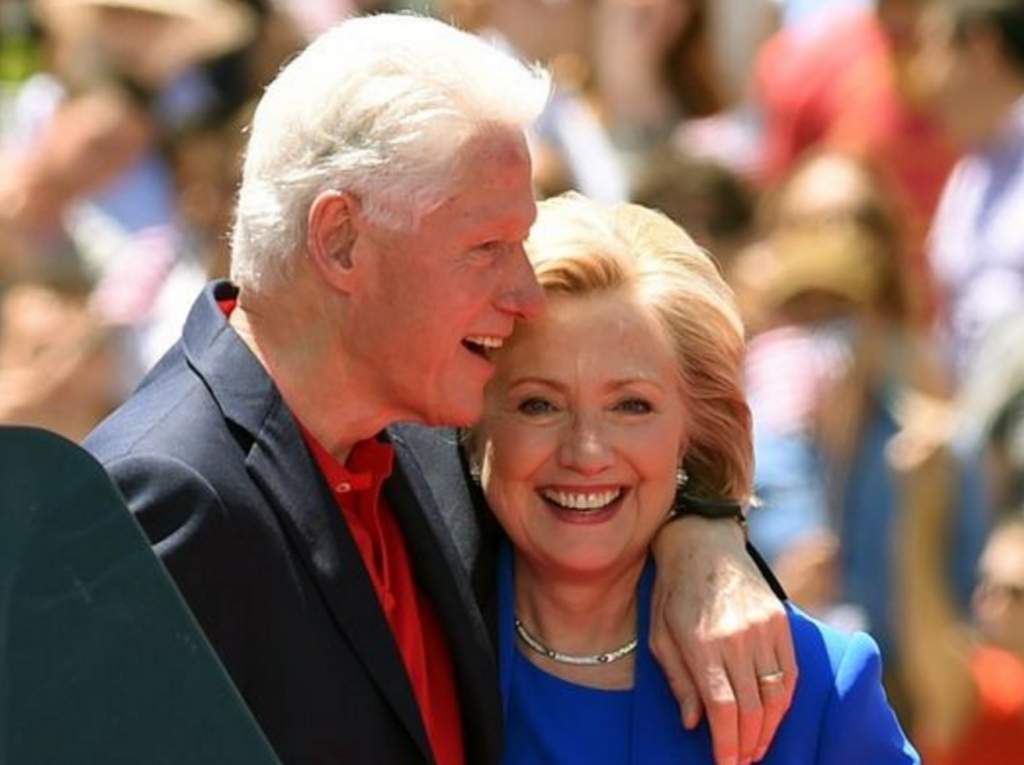 You know, those poor little people. They need a champion, maybe spend some time with people they…well:

“As I have gotten older, I have decided we really need camps for adults. And we need adults camps that you all run. Really. None of the serious stuff. None of the life-challenging stuff… more fun. I think we have a huge fun deficit in America. And we need to figure out how to fill that fun deficit, certainly for our kids but also for the rest of us. We need some [garbled] from time to time, maybe some enrichment, certainly some time outdoors. Maybe actually spending time with people that we didn’t know before.”

Did Hillary say, “more fun”…or, “morphine”? “Benign Global Hegemony” at the muzzle of a gun rabid  in Afghanistan has spread poppy fields as far as the dollar’s all-seeing eye can see. Those Taliban losers wiping out poppy growing, eradicating Deep State’s teats of the global heroin (acetylated morphine) cash cow—HAH! So heroin all around, totally bumper crop this year; endless supply—hundreds of billions thanks to America’s boots on the ground, and drones and tax dollars. Where would Deep-State black operations be without such massive profits gushing potent, protected, and easy to launder from those beautiful poppies.

“I think we have a huge fun deficit in America”. “…we need to figure out how to fill that fun deficit, certainly for our kids but also for the rest of us.”

Hillary is as easy to navigate as a pillory. Stick your hands and head in the cut-outs; then down comes the top and you are immobilized. Wait a minute…pillories do tell the truth unlike Hillary—you are absolutely vulnerable to such as the Rothschild Khazarian Mafia (RKM), or even volleys of rotten fruit. They are like law for the little people. But Hillary, concerning laws…laws are so, common. And obscenely-enriched Hillary cannot speak truth. Her gut-churning aversion to truth is a leveraged and obvious disease. Perhaps as Nancy Sinatra sings in her classic, These Boots Are Made For Walkin’…regarding Hillary:

Yeah, more than messin’ in the RKM Satanic “Paper Money” Machine (SPMM). Billary, Inc. is up to its scales in the Rothschild Debt Pit (RDP)—not to be confused with, RDX, though both have a similar effect on living tissue.

Regarding Hillary’s obsession with “…boots on the ground”, perhaps Nancy Sinatra nailed it down with her:

“If you want a vision of the future, imagine a boot stamping on a human face forever”.

Hillary’s gushing with honey gummy bears makes navigation as simple as: turn her every emission 180 degrees. Yeah, if Hillary says “light” know that it is dark. Dust is wet, hot is cold, “…the ‘little people matter….”

Simply invert whatever emissions from her sublimely-corrupt money maw; you know, that sugar tossed to tiny manicured audiences that gets the sweetest RKM (ZioMedia) blanket coverage.

Please consider this derivative of an ultimate Hillary inversion:

“Everyday Americans need a champion, and I want to be that champion.”

A vote for Frankenstein might be a better waste of time than a vote for Billary, Inc.  At least that monster (Frankenstein) knew how to treat his master.

Any questions regarding Hillary and her championship are rudely answered by those having us in a pillory…yep, the RKM and their central banking debt-disguised-as-“money” global debt pit (RDP).

Central banks have injected debt venom so far into the future, so suffocated in debt most every child born…but, could people possible be waking up?

So much wealth has been scythed (check out the Scythians sometime, precursors to the RKM) from the producers of wealth by the predators of wealth, could more people be hearing the alarms such as in the immortal song, Time from Pink Floyd’s album, Dark Side of the Moon?

America’s RKM infection long ago selected Hillary, of Billary, Inc., as the next President of the United States of America (POTUS). Now how’s this for pure corruptive psyop?:

—- The FBI (long an RKM tentacle) getting rough with Hillary over a thimble full of the treachery and treason she wallows in.

Bill flashed his “blackmail files”, injecting Washington D.C. with panic. Yes, apparently he whipped it out, or “pulled on” Loretta Lynch (Attorney General of the WSP) his recordings of top Banksters, politicians, and other RKM flotsam messin’ where they shouldn’t a been messin’. Secret recordings of compromising (mortal) acts by top fearless leaders of the WSP. Check out Jerry Epstein and Bill’s odd appetites.

The whole Billary, Inc. immunity from laws? Welcome to Democracy, WSP style. It’s so fouled that even in her best interpretation of being human, Hillary can chime about “freedom”, “democracy”, even, “Government of the people, by the people, and for the people.” And let’s not forget her “…anyone can become President of the United States of America!”