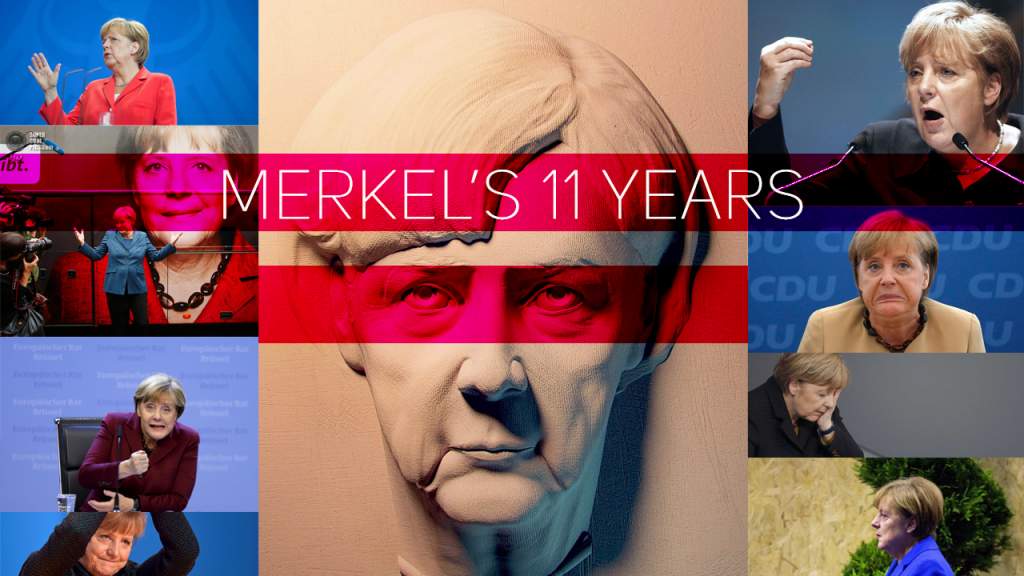 Schroeder had left Merkel an impressive legacy: a stable country, a growing economy, good relationships with the leading countries of the world. How has “die Eiserne Kanzlerin” made use of them? Down which path have 11 years of Merkel’s brand of democracy led Germany and Europe?

Despite the fact that Germany is Europe’s economic leader and retains the final word in EU policies, Merkel’s failures in internal and foreign policy are becoming more obvious. Of course, at first glance, the Chancellor succeeded in reducing the level of unemployment in Germany and brought the economy to a path of growth after the recession of the post-crisis period, but the situation in the country continues to deteriorate each day.

Confused foreign policy and the lack of political will have led to a massive influx of migrants from the crisis regions of the Middle East and North Africa. The migrants, in addition to causing a financial burden on the budget, are destabilizing the traditional German society by creating a demographic imbalance.

It is well-known that the German population is steadily declining by nearly 100,000 people per year. The influx of migrants has arrested this process, but it is unable to eliminate the tendency altogether. Germany’s mortality rate continues to exceed the birth rate. According to the Federal Statistical Agency, the average woman in Germany in recent years has borne 1.4 children. A higher birth rate – 1.6 children per woman – would have slowed this trend down, but it would not be able to halt it entirely. The number of deaths is projected to rise. It is accordingly evident that Merkel’s demographic policy has failed.

The crime situation is worsening with the influx of migrants. Although migrants make up just over 10% of the population, they account for just over 25% of crimes that are committed, though some sources place this number as high a 30%. In addition, foreigners commit more than 80% of all violent crimes. However, the authorities prefer to keep silent about this data, in order not to provoke further anti-migrant backlash. Dozens of Middle East- and Africa-based organized crime clans have taken thieves, robbers and drug dealers all over Germany under their wing. To make matters worse, German cities are overflowing with drugs and the mortality rate from drug use is increasing rapidly. In 2015, this figure had risen to 20%.

The worsening crime situation has increased the demoralization among the police. For example, there are some policemen who are afraid to act in the so-called ‘zones of lawlessness’ in Duisburg, as they know that any attacks on them by the people from the Middle East will remain unpunished. Germany has gone from being the centerpiece of the European welfare state to the epicenter of the continent’s organized crime. However, German intelligence services deserve credit for preventing major terrorist attacks in the country. It is possible, however, that there exists a tacit understanding that obligates criminal organizations to suppress terrorist activities in exchange for certain freedom of action.

The environmental situation is another area which is deteriorating due to the influx of migrants. Many of the migrants are simply not accustomed to using trash bins, let alone a sophisticated recycling system. Piles of garbage and sewage are now visible along the highways throughout the country.

Despite Germany’s image as of one of the pillars of democracy in the world, the freedom of speech in the country continues to suffer from major restrictions. It is practically impossible to publish an article in the local media which is contrary to government policy. Article submissions are blocked at the editorial level.

There are also numerous gaps in the country’s foreign policy. During Merkel’s reign, Germany was unable to appropriately respond to crises that occurred at the EU borders. Merkel’s slow and hesitant foreign policy has led to hundreds of thousands of victims in the once-stable states. Military intervention in Libya, and the subsequent strengthening of the terrorists in this country and in the region, are the result of Germany’s inactivity. Despite criticism of Russia concerning Syria, Merkel herself was not able to put forward constructive initiatives to resolve the crisis. Inconsistent German policy towards Ukraine has led this country to civil war. It would be pertinent to recall that Mr Steinmeier, the German Foreign Minister, was one of the guarantors of the agreement signed between the former President of the Ukraine Yanukovych and the Maidan opposition, although the German side was evidently not going to insist on its implementation. The subsequent civil war has led to thousands of casualties among the civilian population of Ukraine, and the sanctions significantly damaged the relationship with one of Germany’s main foreign trade partners – Russia. In general, the entire system of European security has been undermined.

Undoubtedly, there are reasons why Germany pursues this type of foreign policy: Merkel is under tremendous pressure from the United States. She has to seek balance between the interests of her people and Washington’s demands. The fact that most of Germany’s gold reserves are situated in the US should not be underestimated. In addition, several hundred US military bases (287) are deployed in Germany, although the line of confrontation with its main geo-political rival of the West – Russia – had shifted far to the East a long time ago. At the same time, the Bundeswehr’s personnel strength, after the latest reduction in numbers, has reached the lowest figure in its history with 177,000 men, while in the country, there are over 40,000 US troops. Obviously, in such circumstances, Germany cannot pursue an independent foreign policy and resist the will of the United States. The rapprochement between Russia and Germany is a direct threat to US dominance in the Euro-Atlantic area.