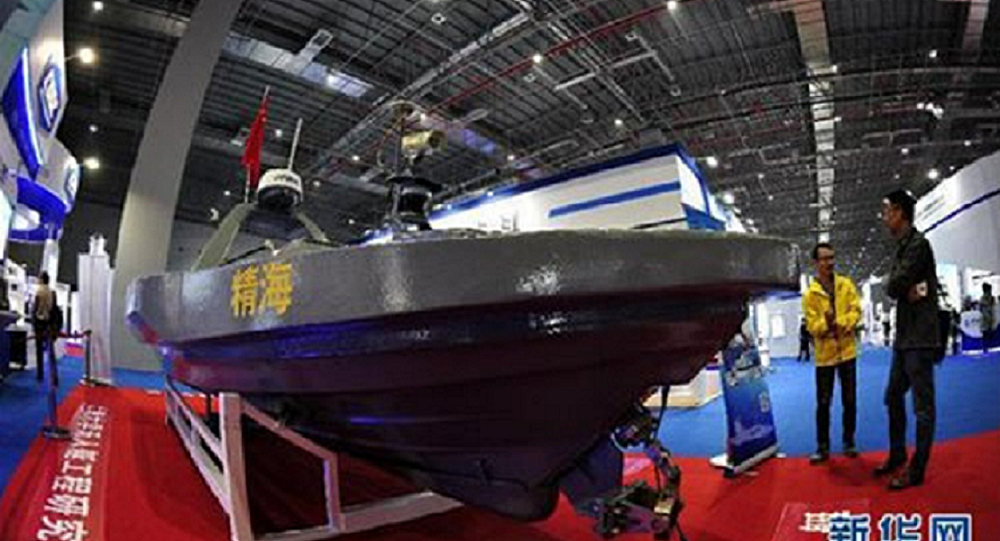 China is expected to deploy more unmanned Chinese ships to domestic and international waters including the South China Sea and the Antarctic for oceanic surveys and patrol missions.
A series of independently designed unmanned ships named Jinghai which were developed by China’s first Unmanned Surface Vehicles (USV) development institute, conducted an oceanic and geological survey of the Xisha and Nansha Islands in the South China Sea in 2013.The Research Institute of Unmanned Surface Vehicles (USV) Engineering at Shanghai University was founded in 2010.

The unmanned ships help to conduct survey, detection and mapping according to Chinese Xinhua news.

Another ship named Jinghai 2 traveled with Chinese icebreaker Xuelong to Antarctica in 2014 to help with underwater mapping.

Currently, research and development of Jinghai 7 is underway. Future unmanned ships will also survey and map coastal areas, conduct offshore patrol, carry out anti-smuggling and sea route protection. They will also be involved in missions near ports and oil drilling rigs.

As the dispute in the South China Sea continues to escalate, Washington has ratcheted up various maneuvers to patrol the waters. Recently, it announced new plans to deploy a fleet of unmanned drones near the Spratly archipelago.

US Defense Secretary Ashton Carter said that the Pentagon is perfecting “new undersea drones in multiple sizes and diverse payloads that can, importantly, operate in shallow water, where submarines cannot.”

The Pentagon plans to spend as much as $8 billion over the next year on submarines, both manned and unmanned, but the priority will be on arming autonomous submersibles.

A highly contested region through which nearly $5 trillion international trade passes annually, the South China Sea is claimed by China, though there are overlapping claims by Vietnam, the Philippines, Indonesia, Taiwan, and Brunei.

The United States has no claims in the region.