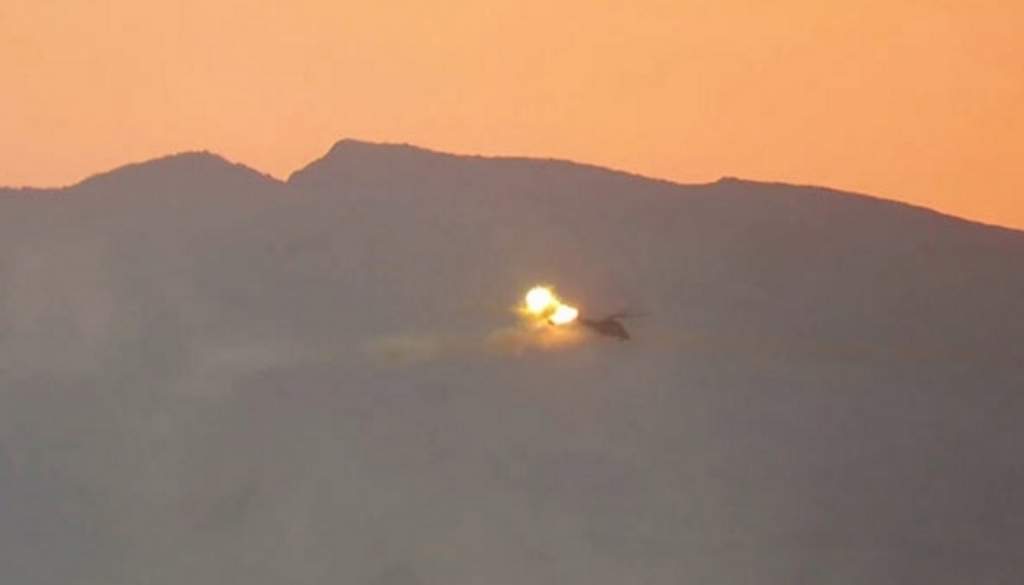 TEHRAN (FNA)- The Russian Defense Ministry announced in a statement that the ISIL terrorist group has shot down a Russian-made military helicopter near the ancient city of Palmyra (Tadmur) by an American TOW anti-tank missile.

“The helicopter was attacking ISIL’s defense lines when it was taken down, which claimed the lives of the two Russian pilots on board,” the ministry said.

“On July 8, Russian military pilot-instructors Evgeny Dolgin and Ryafagat Khabibulin, were conducting a calibration flight on a Syrian Mi-25 (export version of the Mi-24) helicopter loaded with ammunition in the Eastern province of Homs,” the statement read.

“The crew received a request from the Syrian command group to help defeat the advancing terrorists and fire for effect. The captain of the aircraft, Ryafagat Khabibullin, made the decision to attack.”

A Russian military source said that the helicopter had been downed with the aid of an American TOW antitank missile system.

“According to reports, terrorists used the American TOW system to down the helicopter, which, having exhausted its ammunition, was on the course back to the base at an extremely low altitude,” the source said.

Informed sources disclosed earlier this month that the Iraqi army seized a large volume of arms and ammunition, supplied by the US and its Arab allies in the Persian Gulf to the militant groups in Syria, in ISIL’s defense lines near Fallujah.

“After the successful air attacks of Iraqi warplane against a long convoy of ISIL vehicles escaping Fallujah, Iraqi soldiers seized the cargo of weapons left behind by the Takfiri terrorists near Fallujah,” the sources said, adding, “Notably, the M79 Osa AT rounds found unscathed in the scene were supplied by the US and its Persian Gulf Arab allies to the militants in Syria.”

This unsettling discovery may uncover militants’ ties to ISIL and cast more suspicion and doubt on the US State Department’s failed moderate rebel training and arming programs.

The US media sources disclosed earlier this month that a large volume of arms and ammunition sent by the Central Intelligence Agency (CIA) to terrorist-held regions in Syrian were found in the black market in Jordan.

The American and Jordanian officials were quoted by the New York Times as claiming that the weapons and ammunition dispatched by CIA and Saudi Arabia to Jordan for Syrian terrorist groups were stolen by Jordanian intelligence operatives and sold to arms merchants on the black market.

Some of the allegedly stolen weapons were used in a shooting in November that killed two Americans and three others at a police training facility in Amman, a joint investigation by the New York Times and Al Jazeera said.

Jordanian officers who were part of the plan “reaped a windfall” from sale of weapons, using the money to buy iPhones, SUVs and other luxury items, according to the paper, which cited Jordanian officials. CIA could not be immediately reached for comment.