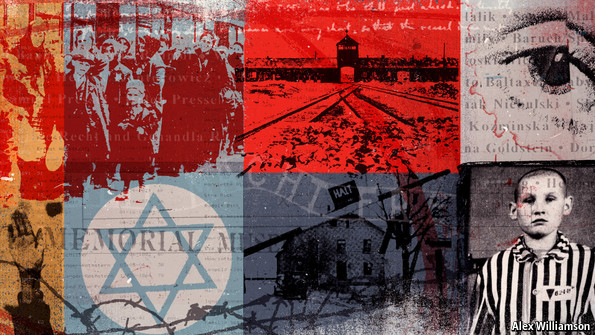 Alexis: The Holocaust Industry will never cease to attract people who want to make a name for themselves and people who want to resurrect a rotten corpse. Those people want money,[1] and since the love of money is the root of all evil, they are will to do virtually anything to get the almighty dollar.

Moreover, the Holocaust Industry wants to keep the masses under their control. They don’t want the masses to start thinking, start doing a little research, and start asking fundamental questions. They want to control the masses like zombie.

For years, Joseph Hirt said that he was at Auschwitz and saw horrible things, disgusting things, and unimaginable things. He saw Nazi doctor Josef Mengele, commonly known as the angel of death. He gave numerous speech in several corners in the United States. He also saw how Adolf Hitler turned his back on Jesse Owens at the 1936 Berlin Olympics. He was charismatic, so many people believed him and sympathized for him.

But…the whole thing was a colossal hoax. People began to see that things didn’t and couldn’t add up. A New York history teacher by the name of Andrew Reid saw that Hirt’s story couldn’t be true because it was palpably incoherent. The 86-year old eventually confessed. He lamented last month:

“I am writing today to apologize publicly for harm caused to anyone because of my inserting myself into the descriptions of life in Auschwitz. I was not a prisoner there. I did not intend to lessen or overshadow the events which truly happened there by falsely claiming to have been personally involved.

“I was wrong. I ask forgiveness. I determined at that moment to do everything in my power to prevent the loss of the truth about wartime life (and death) at Auschwitz.”[2]

Because he is morally and spiritually blind, Hirt could not see that truth does not need a bodyguard of lies. If a statement or idea is true, it will thrive and survive and even triumph, though it may take weeks, months, years, decades, and even centuries. Truth does not and will never need one person to flourish. It was there before we were born and it will continue to be around after we are all gone. Michael Hoffman, what’s your thought on this new fraud on the block?

Hoffman: According to the local Pennsylvania media (Lancaster Online) it has been alleged that on at least one occasion Mr. Hirt received monetary compensation for one of his “Holocaust Survivor” speeches:

“In 2014, Joseph Hirt spoke at an event hosted by the Caernarvon Historical Society. According to an official at the society, the event at the Caernarvon Fire Hall drew an estimated 1,000 people. The society made a donation to Hirt, and a general offering was taken on his behalf. Hirt also spoke at Lititz Area Mennonite School at least once in 2012.”

At the Great Holocaust Trial of publisher Ernst Zündel virtually every so-called “Holocaust Survivor” who testified for the Crown Prosecution that was endeavoring to send the defendant to prison for printing skeptical books, was shown to have lied, fantasized or otherwise compromised the truth.

The missing dimension in the reporting about Mr. Hirt’s lies is the aspect of his having given false witness against the German people. We have grown so accustomed to accusing the Germans of every crime under the sun that we often overlook the fact that lies like those of Mr. Hirt constitute a transgression against one of the Ten Commandments.

Furthermore, everyone has the right to doubt Judaic tales. The fear-inducing “Holocaust denier” smear is an intimidation tactic to prevent us from considering facts which overthrow idols and expand human knowledge. Christians like Mennonite John Ruth who naively acted as a colleague of Mr. Hirt, and those at the Lititz Area Mennonite School, who sponsored his speech, should be more cautious in the future about the anti-German libel they are so quick to endorse.