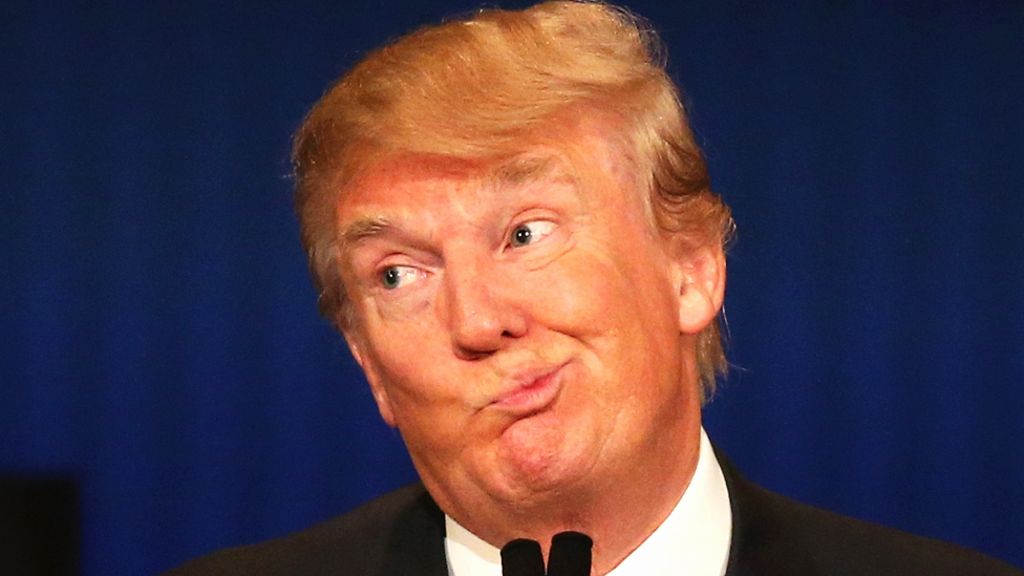 has emerged, with alleged victim Katie Johnson filing a lawsuit (under the name of Jane Doe) against both Donald Trump and convicted pedophile offender Jeffrey Epstein. You may recall that Trump and Epstein were already connected in many ways, including a connection in relation to pedophilia, sinceEpstein’s “little black book” contained Trump’s name (among his other rich high-flying clients such asBill Clinton and Prince Andrew). Although the victim’s claims are still allegations and not provable facts, this is nonetheless more reason to view Trump as an establishment candidate who has rubbed shoulders with the wealthy and powerful, who is privy to and has participated in the elite’s penchant for pedophilia, and who would undoubtedly advance the agenda of the New World Order. So what’s in the Trump pedophile lawsuit?

For those familiar with the dark, murderous, pedophilic and Satanic underbelly of the worldwide conspiracy, accounts such as this will come as no surprise. Pedophilia has been exposed on such a massive level (e.g. inAustralia) that we know it is a central pillar of the New World Order. Johnson makes several disturbing claims, all of which fit the pattern of abuse that is so common in these cases. We have enticement and procurement:

“Plaintiff was enticed by promises of money and a modeling career to attend a series of parties, with other similarly situated minor females, held at a New York City residence that was being used by Defendant Jeffrey Epstein. At least four of the parties were attended by Defendant Trump. On information and belief, by this time in 1994, Defendant Trump had known Defendant Epstein for seven years (New York, 10/28/02), and knew that Plaintiff wasthen just 13 years old.”

Then we have violent rape, assault, and the use of force and power:

Next we have threats of harm and/or murder to cover it up:

“Immediately following this rape, Defendant Trump threatened Plaintiff that, were she ever to reveal any of the details of the sexual and physical abuse of her by Defendant Trump, Plaintiff and her family would be physically harmed if not killed.”

Then we have the Satanic obsession with defiling purity and taking virginity:

Trump and his brigade of lawyers, of course, have flatly denied the charges and attempted to poke holes in the story, by pointing out the woman named “Katie Johnson” many not even exist since her home address listed on the Trump pedophile lawsuit turns out to be an empty, foreclosed property at Twentynine Palms in California. However, in the suit the Plaintiff does mention she continued getting threatening phone calls (with caller ID unknown) until she changed her number, and is quite plausibly scared for her life and trying to hide behind anonymity.

The MSM appears to be avoiding the story, and even if they do expose it, Trump will hide behind plausible deniability. However, as more and more evidence like this comes to light, it is becoming increasingly obvious that something is very off with Donald Trump (if you didn’t already know it from his pedophilic overtones with his daughter Ivanka), and that he is totally untrustable.

Conclusion: Bill Clinton and Donald Trump Both Connected to Pedophilia

Trump likes to bash Bill Clinton wherever he can about Bill’s history of being a sexual profligate, predator and rapist. However, Trump himself may not be much better. It’s classic “pot calling the kettle black” stuff. If the allegations in the Trump pedophile lawsuit by Katie Johnson are true, and if the evidence about Trump’s connection to Epstein holds water, then Trump is part of exactly the same child sex slave network that Clinton is or was.

Look at the sorry state of American politics: the 2 main candidates are either part of or very closely connected to pedophilia, rape and child sex slave trafficking.

Want the latest commentary and analysis on Conspiracy, Health, Geopolitics, Sovereignty, Consciousness and more? Sign up for free blog updates!

Makia Freeman is the editor of alternative news / independent media site The Freedom Articles and senior researcher at ToolsForFreedom.com (FaceBook here), writing on many aspects of truth and freedom, from exposing aspects of the worldwide conspiracy to suggesting solutions for how humanity can create a new system of peace and abundance.