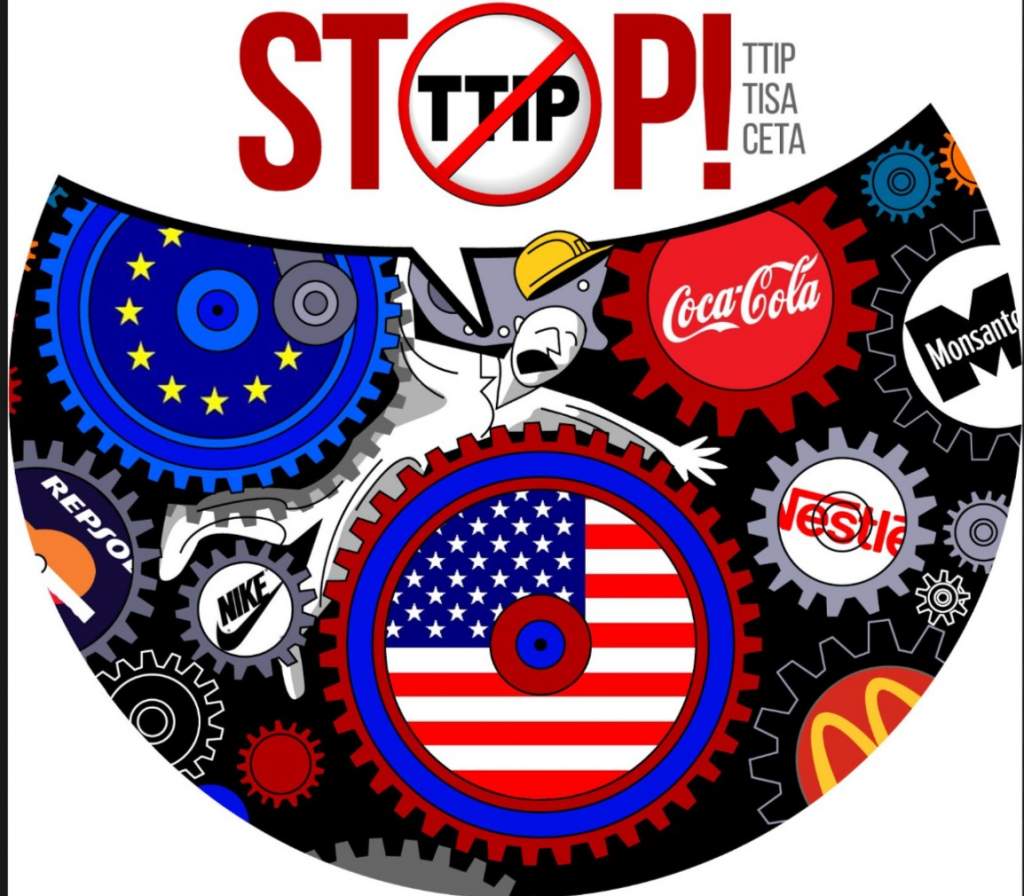 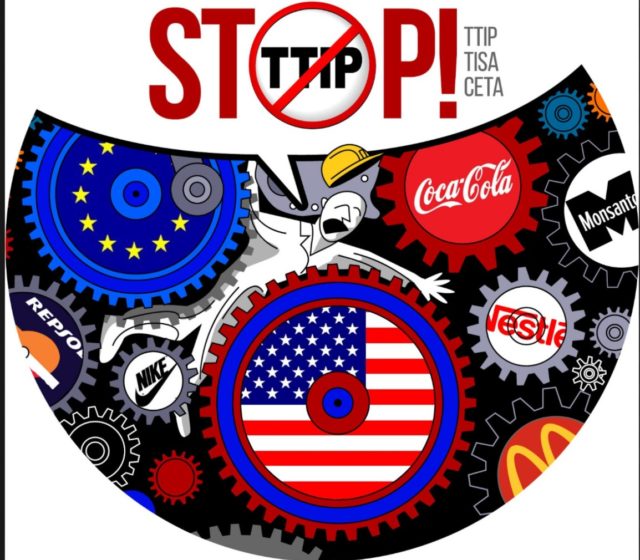 The treaty establishing the Transatlantic free trade zone between the United States and the European Union (TTIP, Trans-Atlantic Trade and Investment Partnership) will not be signed this year, Secretary of State for European Affairs at the government of France, Harlem Désir said. It appears that a part of the European elite has decided not to commit suicide. Following the example of their English counterparts, they reject the project of deregulation and privatization of the European project by American transnational corporations.

The terms and conditions for the conclusion of the treaty have not been regulated, indicated Desir. In particular, France has found USA’s proposals regarding access to the US domestic market absolutely insignificant. According to Desir, they do not provide any benefits for the European economy, TASS reports. Paris seeks recognition of certificates of geographic origin of products, compliance with health standards (excluding imports of hormone-stuffed meat or chorine-treated poultry to the European market), as well as protection of cultural identity and state-owned companies.

The modern world is undergoing tectonic changes. Currently, global economy remains under the control of central banks lobbied by transnational corporations. It seems that the system is doomed to collapse soon. The English were the first to realize that: Brexit marks the reluctance of the UK to die together with the European Union being bound with the US by the enslaving TTIP.

The Bank of England has been controlled by the Rothschilds since the XVII century. In 1815, Nathan Mayer Rothschild made his famous statement: “The man who controls Britain’s money supply controls the British Empire, and I control the British money supply.”

Interestingly, Queen Elizabeth II of Great Britain supported the pull out from the EU. This was reported by The Sun – the British publication cited its own “reliable source.” Incidentally, The Sun is a publication owned by tycoon Rupert Murdoch, whose media supported Brexit.

Another ally of Rothschild – financier George Soros – was talking a lot about the collapse of the European Union prior to Brexit because of the sudden influx of more than one million Muslim refugees in 2015.

Former officials were also involved in the process to change the public opinion. In particular, David Owen, Britain’s former Healthcare Secretary, said that the main purpose of the TTIP was the privatization of health care, education and water supply services in Europe by American companies. According to him, the privatization would worsen the quality of life in Europe and increase the unemployment rate.

The UK’s decision to leave the European Union is a historical mistake, but not an economic tragedy for Europe, head of Franco-British bank Rothschild & Co. David de Rothschild said in an interview with Le Figaro. Indeed, his family’s income made up $2.5 trillion during the first days after Brexit as gold started growing in price.

The British pound has always been playing against the US dollar. A third of the assets of the British banking sector belong to non-EU banks. What will happen to those assets?

In a nutshell, the TTIP is not about trade. The treaty is about entrusting multinational corporations with state regulatory issues in a variety of spheres of relations.

Jacob Rothschild said in March 2015 that the transition to a new currency world could be a possible way to resolve the crisis. European banks face bankruptcy because of the vicious system of bad loans and low economic growth. Banks are insolvent, they have no liquidity. Therefore, the Rothschilds place their bets on Beijing rather than Washington, the financial system of which will produce similar problems soon. London pins hopes on the yuan, which has already been recognized as a world’s reserve currency. Last year, London gave a posh welcome to Xi Jinping and agreed to create a joint area of prosperity with China – the New Silk Road, its marine and rail branches.

Apparently, the clans of the Rockefellers, Bushes and Obamas are losing as the elites of Germany and France realize the harmfulness of the TTIP. A lot will depend on China’s position. China’s expansionism in dangerous too, and Russia needs to make sure that Beijing will not be building its policy against her.

“If the TTIP agreement is signed, it will mean that US-made GM agricultural products will inundate the European market to destroy European agriculture,” Natalia Narochnitskaya, writer, historian and political scientist told Pravda.Ru. According to her, the treaty would make Europe purchase fuel from the United States.

“The economic world government will use Europe to continue the domination of the American capital. In the future scenario of the XXI century, Asian countries, particularly China, will continue building the new powerful center of influence, and Europe will simply become a backyard of the USA, if Europe does not cooperate with Russia,” she added.