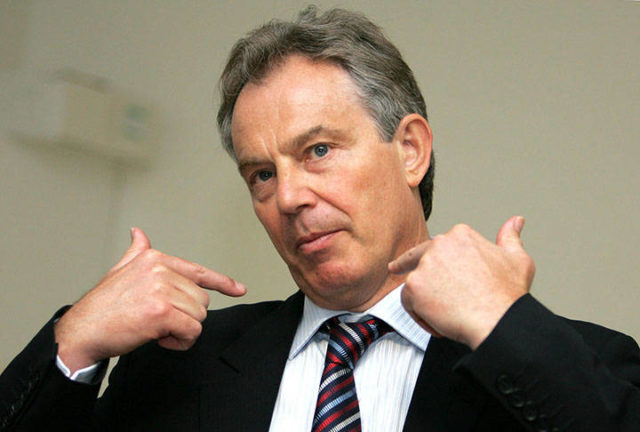 … by Shyam Yadagiri for Veterans Today

UK Prime Minister David Cameron, speaking on the recently released Chilcot report, said “I don’t believe the United States is always right about everything… but they are always our best partner”.

This ‘best partner’, who was ‘not right’ about the war on Iraq, has taken UK and other ‘coalition of the willing’ countries on a mindless adventure that claimed hundreds of thousands of Iraqi civilians, apart from leaving thousands of military personnel dead. Not to mention the trillions of dollars wasted that could have been put to a more productive use.

All on the false premise of Iraq possessing Weapons of Mass Destruction (WMD) and would be using them against the continental US.

The report stops short of calling Tony Blair a liar, but presents a damning indictment against him for having misled a nation to wage a war. Blair, in his defense, stated, “I believe we made the right decision and the world is better and safer”. Would he kindly explain the specifics on how the world has become better and safer?

On May 12, 1996, Madeleine Albright, who served as the US Secretary of State, defended the UN sanctions against Iraq on a 60 Minutes segment in which the moderator, Lesley Stahl asked her, “We have heard that half a million children have died. I mean, that’s more children than died in Hiroshima.

And, you know, is the price worth it?” to which Albright replied “we think the price is worth it.” The cold-heartedness of people who run the nation can be amply gauged by this statement. For them, the numbers of children starved to death and killed due to lack of medical facilities are just a statistic. Nothing more.

On what basis were the food and medical supplies blocked by the Sanctions Committee in New York, leaving over five hundred thousand Iraqi children dead in a decade? Does this not amount to genocide? Has there been adequate coverage of the effect of the crippling sanctions on the lives of Iraqi citizens in the Western media and press? No.

Anupama Rao Singh, United Nations Children’s Emergency Fund (UNICEF)’s senior representative in Iraq, speaking to John Pilger on the ground situation in Iraq prior to and after sanctions, said,

“The change in 10 years is unparalleled, in my experience. In 1989, the literacy rate was 95%; and 93% of the population had free access to modern health facilities. Parents were fined for failing to send their children to school.

The phenomenon of street children or children begging was unheard of. Iraq had reached a stage where the basic indicators we use to measure the overall well-being of human beings, including children, were some of the best in the world. Now it is among the bottom 20%. In 10 years, child mortality has gone from one of the lowest in the world, to the highest.”

Iraq is now a country on the brink of collapse. Sectarian violence is rife, as shown by the recent spate of bombings, claiming hundreds of lives.

If we have to point a finger at someone, it has to be the United States, which is the ‘main actor’ in waging the war. George W Bush, former US President, in an address to a joint session of Congress on September 20, 2001, shortly after the attacks on the World Trade Center towers, said, “Every nation, in every region, now has a decision to make. Either you are with us, or you are with the terrorists”.

If Blair has to be tried for war crimes, as Britons have demanded, so should George Bush and Bill Clinton, who presided during the years sanctions were enforced on Iraq, bringing the once prosperous nation to its knees.

In the months leading to the war on Iraq, a fear psychosis was created in the minds of millions of Americans, thanks to the mainstream media, which diligently parroted the government’s lies. Passions were whipped up, and the world’s oldest democracy thought it fit to unilaterally invade a sovereign country thousands of miles from its borders that posed no real threat at the time.

No wonder Americans are called sheep. The only questions are – will they wake up from their intellectual slumber? If yes, when?