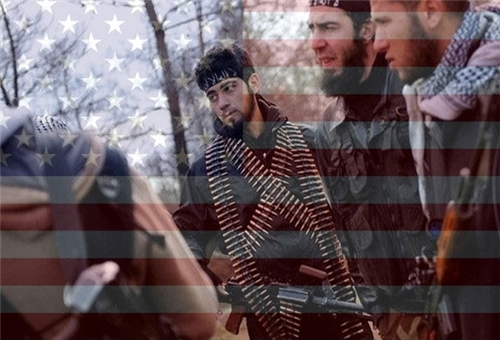 TEHRAN (FNA)- The US has pledged to pay $500,000 to any of the terrorist groups that are stationed in the town of Darayya in Southwestern Damascus and stand against the Syrian army and popular forces.

The Kurdish ARA news website said in a report on Wednesday that the $500,000 bill has been issued by Dr. Mendez, a surgeon, adding that the money is already in his banking account.

The Syrian military forces continue pushing back the terrorist groups from their strongholds in Darayya in Western Ghouta, destroying the hideouts of their snipers in several building blocks.

The Syrian soldiers stormed the positions of the terrorist groups in the town of Darayya on Monday and captured several more building block, large residential area with the length of 500 meters and width of 350 meters to Eastern side of Nouralddeen Sho’ait mosque.

The terrorist snipers, who were using the building block to hide and hit civilians, retreated from their positions leaving behind several advanced rifles.